Win Wallace is this year’s winner of Jonathan Levine‘s Delusional Art Contest. His work features many masked characters, usually with a cast of animal companions. They contain movement over stillness, sometimes with vivid colors contrasted against dim or black skies. Each piece has a life of its own, with characters and stories folded into it, providing a sense of exploration each time. We’re excited to have his work on our website as part of his first place prize, so read on below to get some insight into the world of Win Wallace. 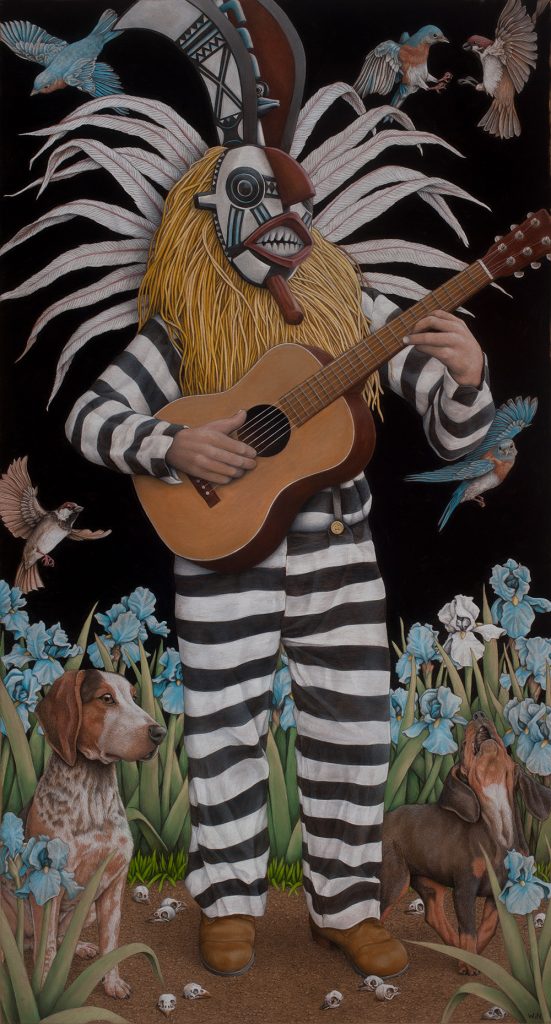 Juxtapoz: First off, where are you from, and what got you into making art?
Win Wallace: I was born in South Carolina and grew up mostly in Georgia, but have been living in Austin, Texas for a really long time now. Not really sure how I got into making art, its just something I have always been doing since I can remember.

Who were some of the first artists that piqued your interest?
Well in my house growing up, we had this oversized book of the Mexican Muralists, like Orozco, Siquieros and Rivera. The book had big beautiful images of all their epic works, and it was just immediately captivating to me. I copied a lot from that book as a kid. I think books on the history of art were also so important because there weren’t great museums anywhere near where I grew up, but I could visit them and see all this crazy work in their pages. One individual that was also personally an early influence or inspiration to my approach to making art was Rev. Howard Finster. A true visionary artist, he lived a little ways from me back in Georgia. I would visit him as a teenager and usually bring something I made, or maybe an interesting thing I found for his art garden. Whenever possible, he would take the time out to talk to me about making art. He would encourage me to reflect on ideas that come unconsciously because they’re gifts. He was a preacher as well as an artist, so his feeling on where that inspiration was coming from was a bit different. The essential message was to be open to the pictures that rise up like in a stream and allow them to resonate a bit before they are corrupted by our own abilities to try and recreate them. Also, the honest and patient way about him, to take the time and genuinely speak with this weird long-haired kid showing up in his yard that liked art, has always stuck with me. 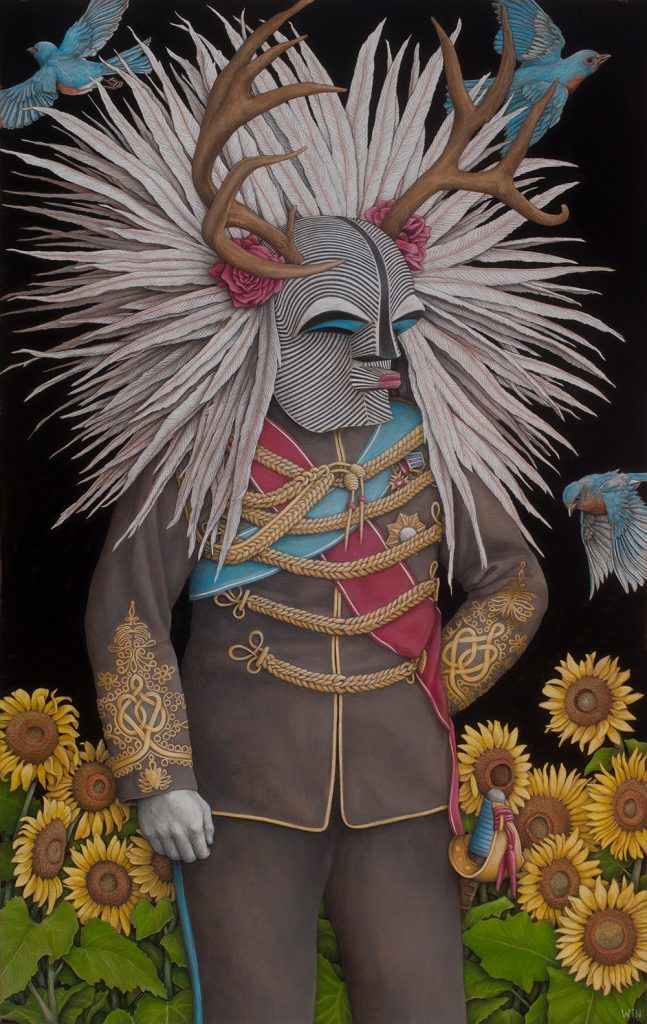 Have you always been interested in making highly-detailed work? What’s one thing that draws you to capturing every detail rather than abstracting or going looser?
I think being drawn so early on to more detailed figurative stuff has informed the kind of work I make. But in general, I just love the little things that might be hidden within a particular piece. A work can have its main subject, but so many other little dramas can be happening all around it that really add dimension or extra layers to the whole. There is also a compulsive element that happens when I’m drawing, where every leaf or petal deserves its own consideration. Every blade of grass is its own unique creation, with its own life and death, and it seems like that should be respected. Masses of leaves and flowers can be incredibly tedious to draw in any convincing manner, but by pushing through, it helps all the small elements build up until they give the drawing a natural sort of life. And even though my drawings are fictional, I want them to have some kind of life and character as if they were real. To respond to the other part of the question, I like a lot of artists that make looser work, but it just doesn’t connect with how I make stuff personally. And I disagree with some of the second half of the question, because I think a lot of abstract work contains a lot of detail too. And even very detailed elements of representational work can take on a very abstract character in some ways, if you really focus in on them. 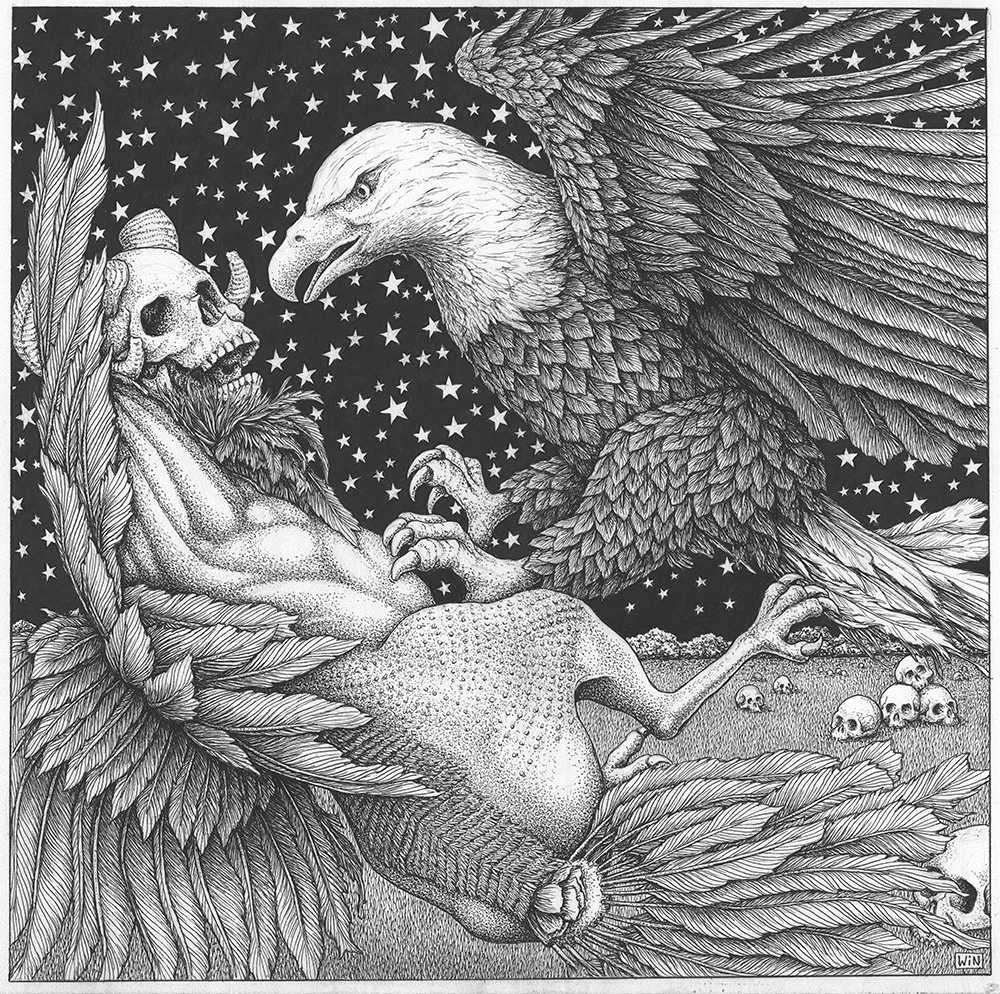 Masks usually carry a multitude of meanings. What do they mean to you?
My work usually takes one of three forms ballads, allegories or parables. The ballads are usually the only one where masks come into it. There are a few reasons for them. The first practical reason is that they are created as portraits but obviously fictional ones. If the subject looks like Herman Melville, Grover Cleveland or someone’s favorite Aunt, then the unique life of that drawing gets sucked away or at least confined. But that practical reason also then opens up a whole new universe of possibilities to add nuance to the character in a drawing bringing it closer to something more real. Hopefully, folks can approach the work and have an unencumbered interaction with it. But then there is the level of the “meaning of masks” that is both more personal and also universal which is that all throughout time we wear them physically or otherwise. Masks just like portraiture as an art form have persisted in many ways to connect with a symbolic or aspirational sense of how we want to be perceived. Often times even the masks can be invisible and mundane, the roles we play at work or different day to day situations. I’ve spent a good bit of my life bartending which requires a more gregarious mask that is very different from the version of myself at work in the studio or other parts of life. 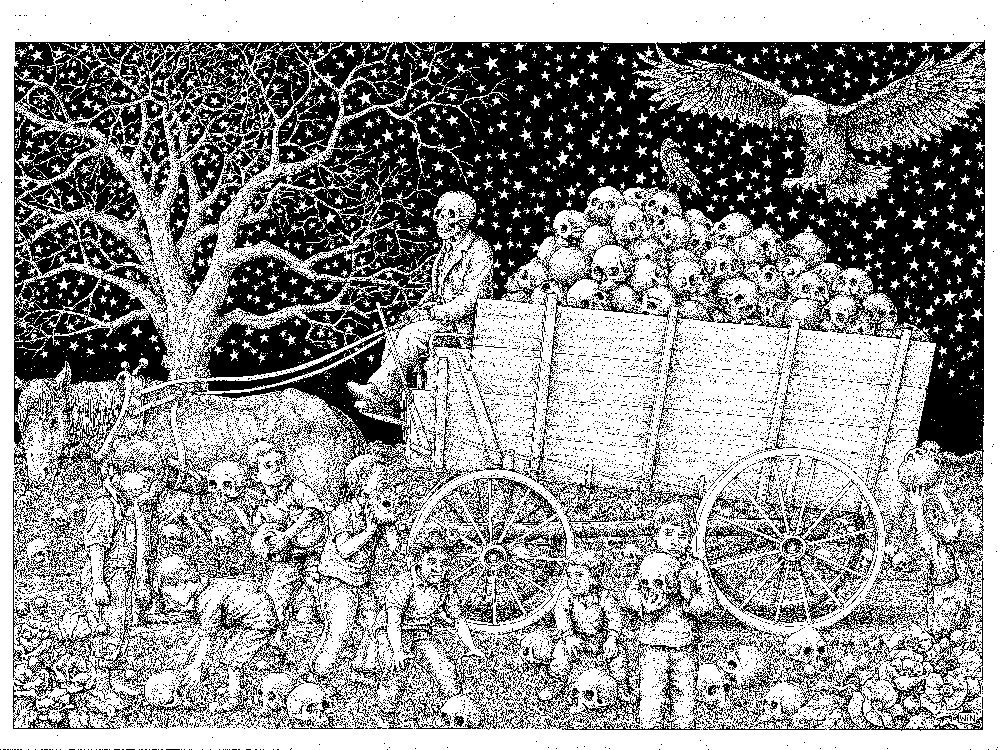 You also make music, what’s something you carry with you in recording or creating music more than you do while painting?
Making music has primarily been an avenue to continue being creative but instead of the more prolonged solitary way of drawing, it’s in a more social and conversational way with other folks. That being said, it helps keep the mind open to the inspirations that arise from thin air. In my opinion, creativity is a sense that we all have just like touch, taste or sound. In many ways its kind of the sum of all the senses because we have some conscious control over it and can draw all elements of our experiences and thoughts together into some tenuous semblance of understanding or appreciation at least. So keeping that sense tuned as finely but broadly as possible must be beneficial.

Where’s your favorite place to go and be alone?
My studio for sure, though my dogs are usually there too. 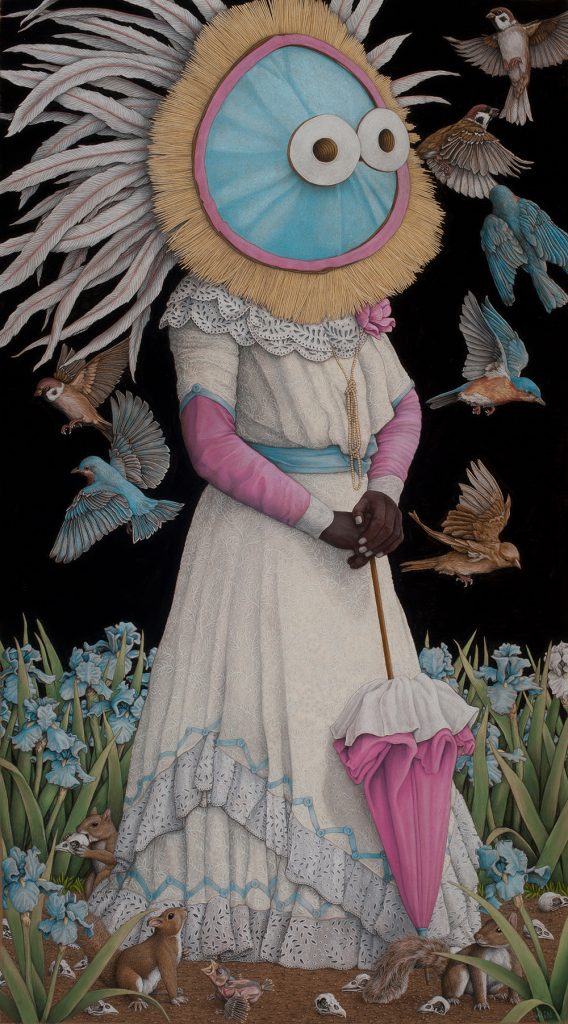 What exhibitions do you have coming up beyond this? What kinds of projects do you want to pursue with your visual art in the next year?
Besides the thrilling amount of work I am making for the awesome folks at Jonathan Levine Projects, I just finished something today for an upcoming show later this month curated by Curse Mackey and Tony Hawk in Las Vegas. There are a bunch of really great artists I love in that, like Pamela Wilson, Daniel Martin Diaz and friends Tim Kerr and Kengo Hioki. I have some stuff in the works with Craighead Green gallery in Dallas percolating, and some musical stuff with my band. This year has been pretty busy, but I’m thinking next year already looks busier. Very thankful for all of it.

Interview with Ronald Gonzalez in Juxtapoz

RONALD GONZALEZ ON HIS ENTHUSIASM FOR TV, TEACHING FROM EXPERIENCE, AND FINDING HOME. Ronald Gonzalez…