RONALD GONZALEZ ON HIS ENTHUSIASM FOR TV, TEACHING FROM EXPERIENCE, AND FINDING HOME.

Read our interview with Gonzalez below, where he goes in depth about his enthusiasm for TV, teaching from his own experience, and finding home. 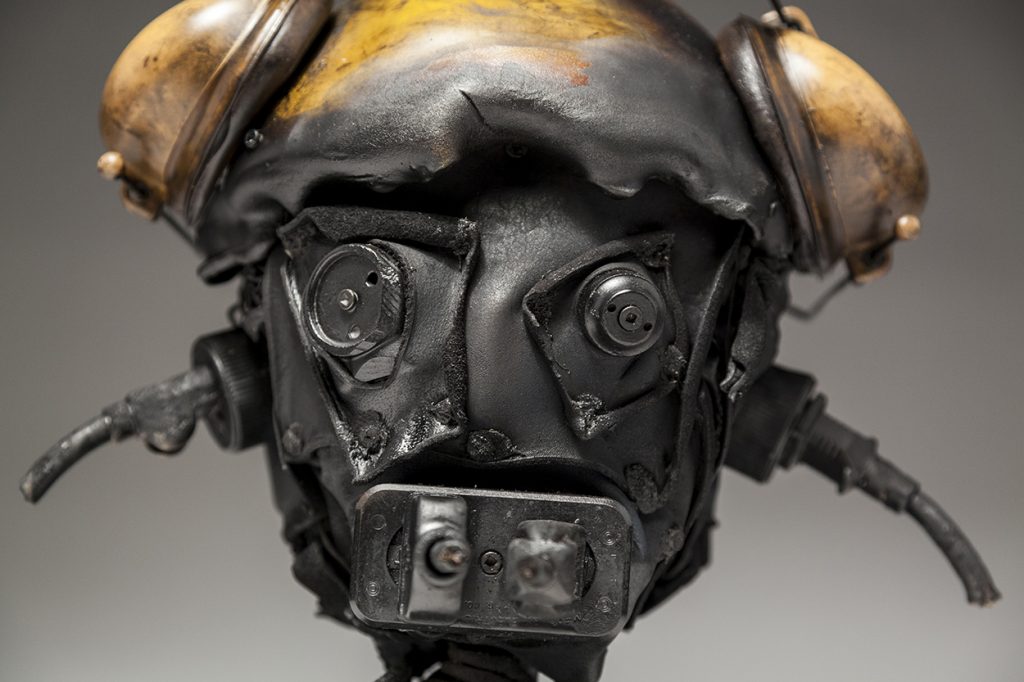 Juxtapoz: What draws you to found objects? Did you come to that choice deliberately?
Ronald Gonzalez: I like something that Ed Kienholz said, “The entire planet is the most awesome found object.” It so true, humans have shaped the world and in the spirit of Kienholz, the world it is like a huge grotesque mysterious assemblage thrown together. The allure of the found object is that it is vulnerable and lost in life. Objects are also inherently physical, already shaped and hardened by their history. The found object is autonomous and open to change while having profound symbolic connections as signifiers with multiple meanings. In my case, the object is transformed into a human personage. I definitely favor the imaginary hybrid being where the object becomes animated, unsettled, and extended as a thing.

Found objects were always accessible to me. As a child, I played with worn out things from the streets. I remember using bottle caps as small ships, floating ants across mud puddles and filling my pockets with all kinds of things run over by cars. I’m still doing the same thing, still with a somewhat childlike eye, using Binghamton as my backyard and found home…meaning the place I found myself born into that remains an integral part of my reality. I’m a collector and all collections tell a story while referring to the person doing the collecting. It’s all a search for tangible meaning. I’m drawn to the immediacy and condition of the object, its moment in time, that moment can not exist digitally or on a cell phone, it not a second-hand experience, it involves touching the resonating traces of others peoples possessions and experience. I internalize the things I find. I take them inside of myself and make them over into figurative sculpture modified thorough my provincial background using objects as fluid thoughts and visual equivalents to trauma and loss. 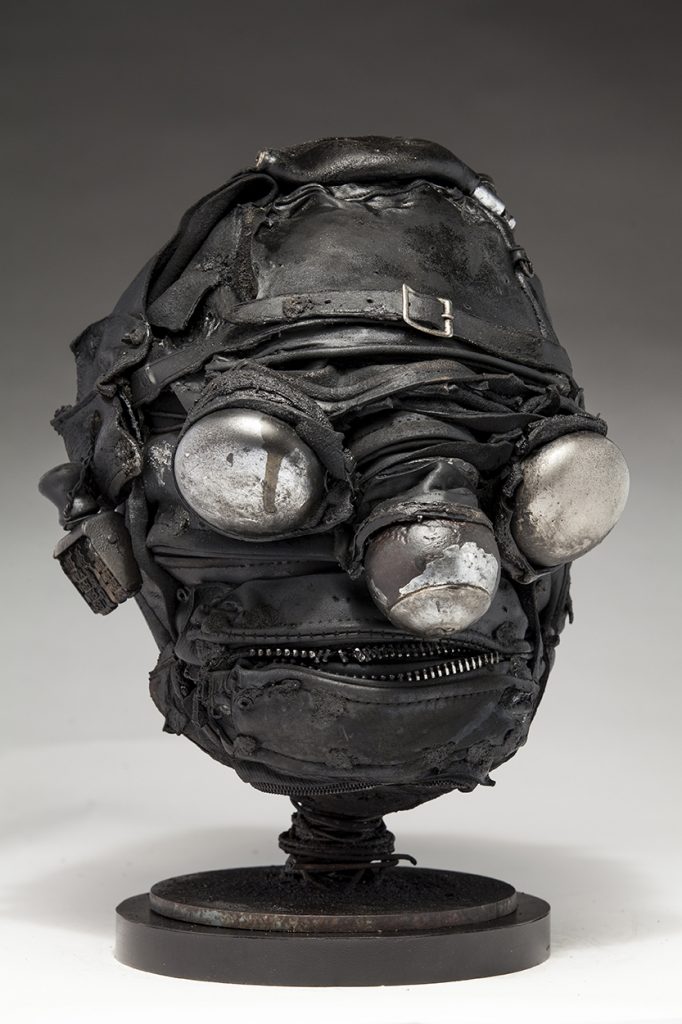 Leather, wax, and wire all seem like materials that carry a brutal or occult feeling at times. They seem to carry some kind of inherently sinister connotation when used together. What draws you to them?
I am drawn to time-worn and distressed objects that have a sense of material decay with all of their marks of degradation. Objects represent our finite existence and I prefer them to have this physical certainty where they have reached a point of no return, having a sense of ruin and death that has begun to transform the core of the object. For me, it takes on a new beginning as raw material. Perhaps that lowly distinction makes them feel raw or brutal. It also makes them feel all-knowing, possessing a lived truth and beauty, like an old car that has seen its day, now part of a metaphysical wasteland. What draws me to objects is their real presence and lingering state of spirit. I feel for them and into them. I am drawn to their empathic potential for triggering new combinations and proliferation of life. 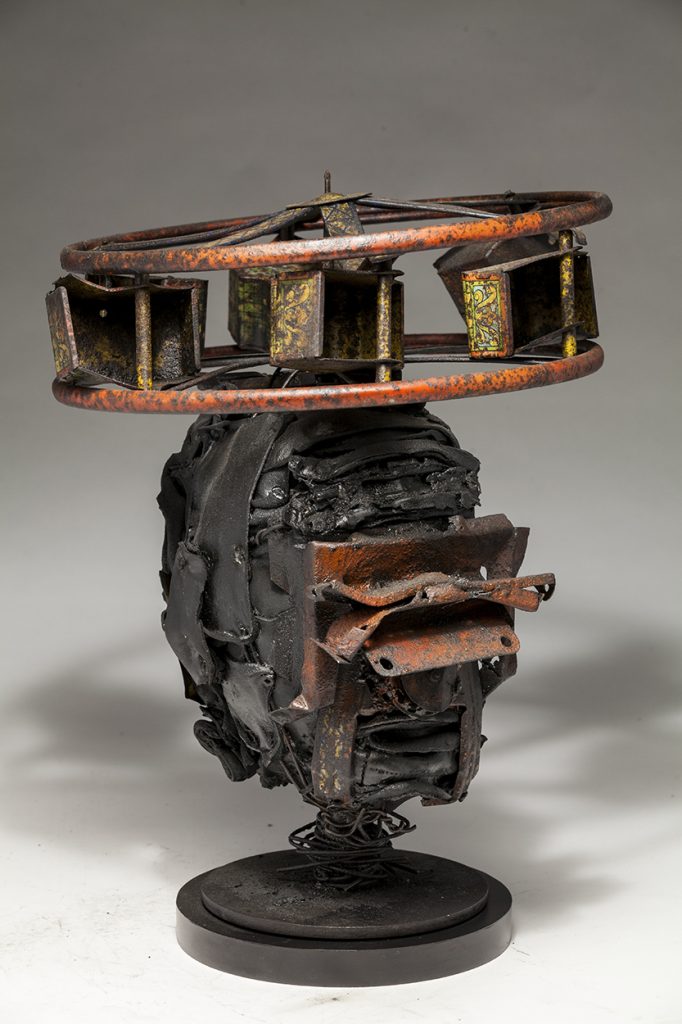 What’s one way you connect this work to the themes of mortality and memory? Is this specific to personal mortality and memory, or the collective as well?
Making Sculpture has always been an intensely private and familiar way of connecting to something larger. I work through a series of themes and variations of form. Mortally and memory have been two recurring themes that I have been long obsessed with that are also very old universal ideas. These are themes that are relevant to my individual experience and are lived from within and expressed in those terms. My unrest, fears, anxieties, and private memories are part of my mortality and are also part of the absurdity and ambiguous condition of our times.

Mortality and memory always seem to accompany and communicate with each other as two sides of the same coin, counterbalanced in this constant tension. My humble connection is through acquiring and embracing things that are weighed down and mix with my memories to use in the constant creation of works by permanently fixing them in the present to keep both the objects and my mortality at bay. 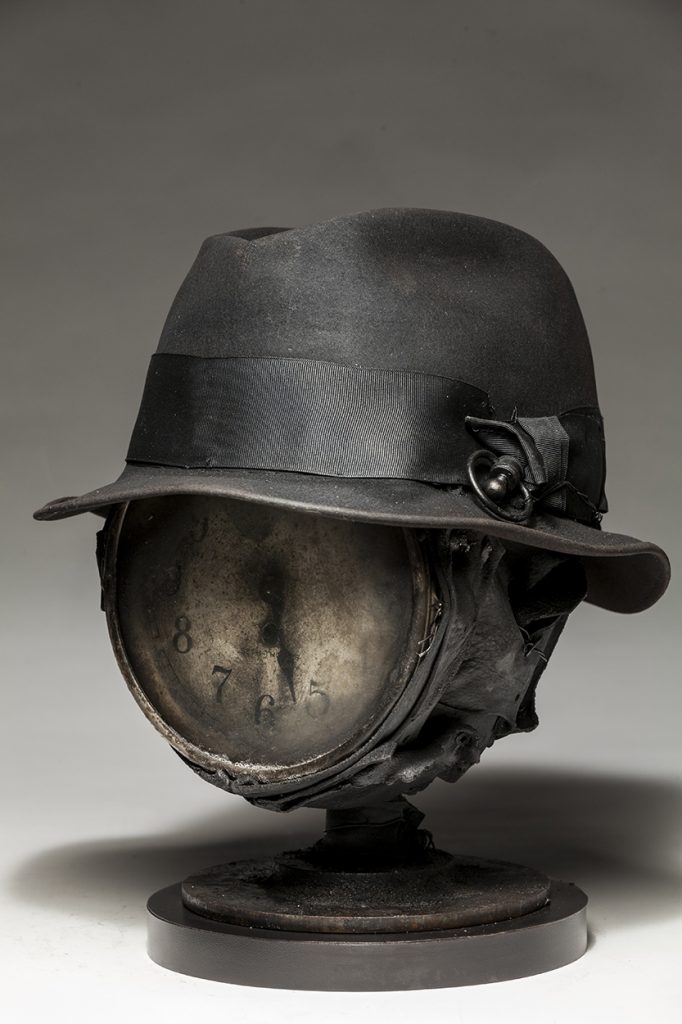 What is one key thing you like to teach in your art and sculpture classes?
My rationale for teaching comes out of my identity and being as an artist. In teaching everything is geared toward allowing students to think for themselves with an internal sense of projecting themselves forward toward some passionate unknown. As a teacher one is a guiding personality providing students a context to be comfortable being lost as they reach deep down into the well? They find the form of the work through the physical process of continual labor. Making and imagination are key elements that have to take place.

Another is the importance of students believing in the value of their personalities and how important is to recognize and trust one’s own feelings and intuition. One of the great lessons I learned from the filmmaker and former teacher Ken Jacobs was that feeling was one of the most sophisticated forms of thinking regarding expression. That idea has become part of my mission as a teacher. 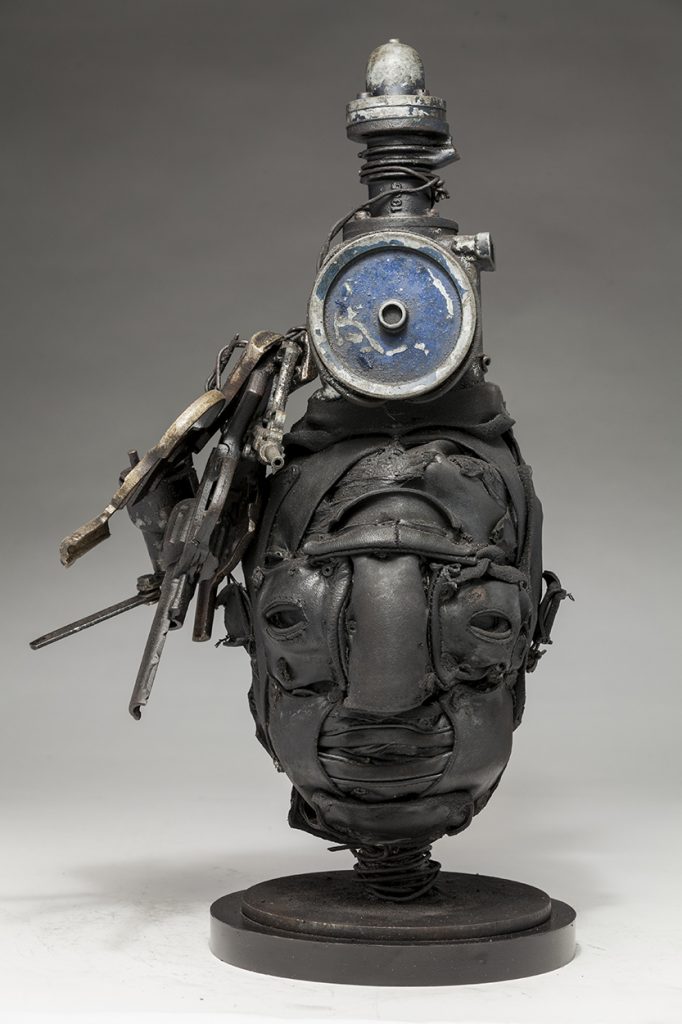 Do you recreationally read about history? If so, what was the last good history piece you read?
Actually, I am an avid TV watcher. I grew up in the fifties when black and white television was making it heyday. Television was my window to the world and it was a very much an arranged picture of a consumer culture of talking appliances and mass-produced excess. During these years, I formed a defective television mentality and a lifelong preoccupation with caricatured personalities, and a kinship with Hollywood sci-fi -films, monsters, robots, alien creatures, and corpses, that lived in the shadow of post-cold war threat of nuclear apocalypse. Television and movies introduced me to beauty, repulsion, humor, sadness, social turmoil, and life’s absurdity. Books were there, I always collected them, but they existed on the periphery. I was drawn to them but never developed a strong habit of reading since every word created images and trains of thought that stopped me in my tracks.

As for history books, I am mostly interested in the comprehension of history and our place within it, how life and meaning are constructed and made. I recently purchased the Strange Order of Things, by Antonio Damasio that investigates the long lineage of development from cells to the human mind and culture. I’ve had the book for weeks but haven’t confronted it yet. It never seems to be the right moment to pick it up, even though I know it full of visual connections and references that can be transformed into the flow of sculpture. My resistance is a fear of knowing something important is there that I need to know is waiting for me.

Interview with Kai & Sunny in Juxtapoz