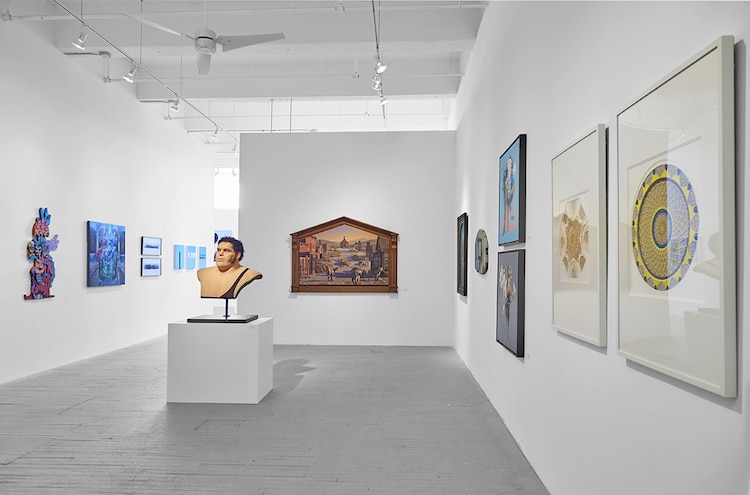 If you’re an emerging artist looking for their big break, acclaimed gallerist Jonathan LeVine is heading up the Delusional Art Competition for the second year. Artists from around the world who work in 2D and 3D mediums are encouraged to apply for the chance to win a solo exhibition at Jonathan LeVine Projects in Jersey City, New Jersey.

LeVine, who began his career in 1994 curating exhibitions at alternative/punk spaces in New York City, opened his first gallery in Chelsea in 2005. Working with names like Ron English, Jeremy Fish, Roa, Dan Witz, and Haroshi, LeVine is on the cutting-edge of contemporary urban art. Now, he’s gathered a powerhouse jury of peers to help him give emerging artists the chance to disrupt the traditional art market and gallery system.

“I was hoping that someday a gallery would take a chance and offer this young Canadian his first international solo show,” said 2017 Delusional Art winner Josh Tiessen. “Jonathan LeVine was the only one ‘delusional’ enough to do this for me.”

Delusional Art Competition is not only the chance to win a solo exhibition, but for artists to also have their work critiqued by professionals in the field, including editor-in-chief of Juxtapoz Magazine Evan Pricco and renowned artist Tara McPherson. The top 40 finalists will have their work displayed during a group exhibition at Jonathan LeVine projects, with the top 50 finalists competing in a public vote for cash prizes.

We had the chance to speak with LeVine about his career and what it means to be a gallerist in the digital age, as well as his motivation for creating the juried contest. Read on for our exclusive interview and don’t forget to submit your entries to the Delusional Art Competition by May 20, 2018. 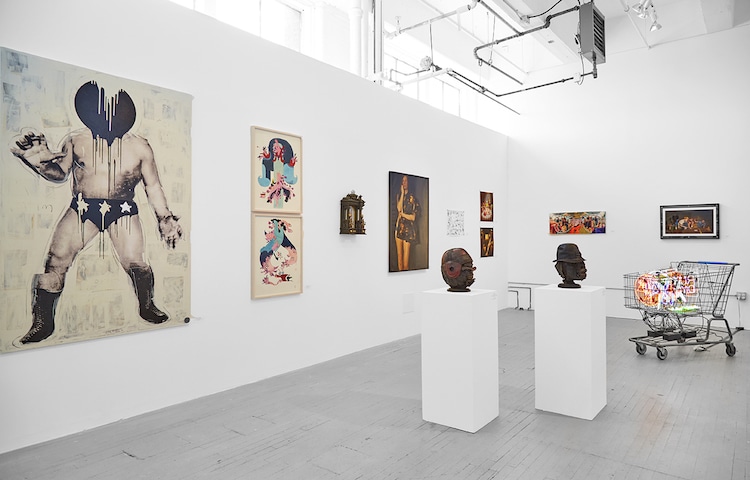 What first inspired you to become a gallerist?

I didn’t set out to be a gallerist. I just kind of fell into it. I started organizing art shows in bars with artists I liked who I felt were underrepresented and the gallery ended up developing out of that hobby/passion.

What’s the biggest change you’ve seen, in terms of the role of galleries, over your career?

Artists aren’t as dependent on galleries as they used to be because of the internet and being able to connect directly with the public through Instagram, Facebook, websites, etc… It has become harder for the gallery to function in the traditional way so we are reinventing ourselves in new ways. 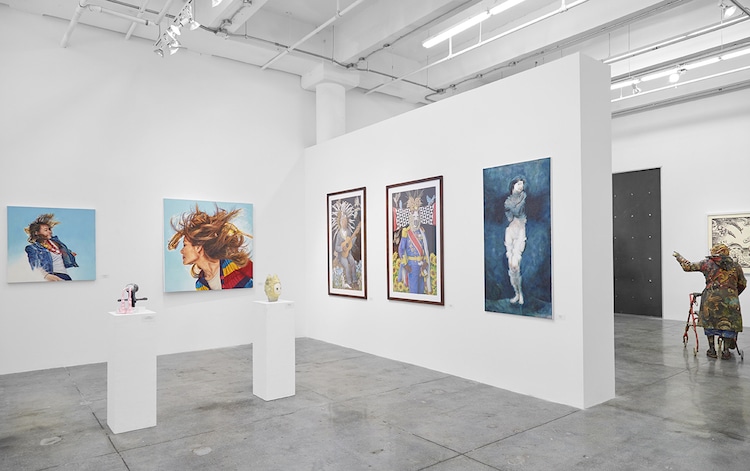 Your decision to move from Chelsea to Jersey City last year seems to be part of a growing trend where smaller art centers are popping up around the US. Why do you think this is and what do you consider some of the hottest, small centers for contemporary art galleries?

Most galleries are doing much of their business online these days so geographical location isn’t as important as it used to be. We can interact with viewers and clients all over the world from our laptops. Some great small centers for contemporary art on my radar are Philadelphia and Portland, OR but there are great small galleries popping up all over the country as well as internationally.

What was the impetus behind starting the Delusional Art Competition?

A friend’s gallery asked me to jury a show for them a few years ago and it was very successful. After that, I got it in my head to try it myself. Since the success of last year’s competition, I am focused on taking the idea of the juried art show and putting it on steroids. I would like to turn it into a very large competition/platform that has many facets to it. I like the idea of creating an even more democratized art world by allowing the public to be involved as well having art professionals, artists, and brands have a voice, too. I would also like to create a platform to help many emerging artists. 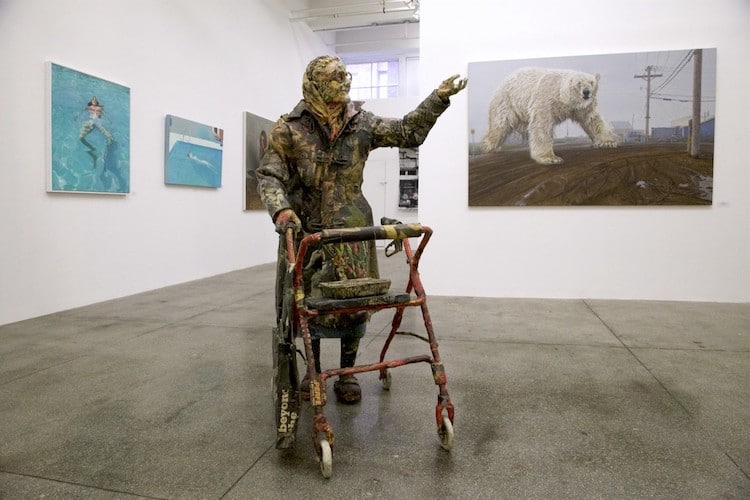 The choice of “delusional” as a keyword is quite ironic. Criticism has been a large part of any artist’s career. How do you feel the role of art criticism has changed in this age of social media, where people tend to pat each other on the back?

I think there is a lot less art criticism these days. It was never a big field in the first place as the academic art world is fairly small. People seem to care less about it, unfortunately. The price of having the art world become more democratized because the internet has also crushed this sort of hierarchy which had its pros and cons. It is very hard for collectors and viewers to understand what is good anymore without some sort of rigorous criticism and structure.

As a gallerist, can you share your perspective on why it’s important for emerging artists to be open to critical feedback?

It is the only way an artist can grow. An artist needs to constantly be growing and evolving.

What sort of mindset do you generally look for when scouting for new talent?

Ambition, organization, easy to work with, and open-minded.

You’ve been at the forefront of cutting-edge art trends for years. Where do you see the contemporary art world going in the next 5 years?

That is a very hard question to answer. This is a time of great uncertainty in what is happening in the art world. Art is more a part of the mainstream public’s consciousness which is great but how this will all play out for galleries, museums, and artists remains to be seen. It is very hard to forecast at the moment.

What do you see as the principal role of gallerists in the social media age?

This is also a difficult question to answer. We will function the same for artists who want to be represented within the traditional gallery structure but for other artists, it will be different. We need to be flexible and figure out where the needs of the artist are while creating a sustainable business model. The gallery may become more of a creative agency involved in multiple types of projects as well as focusing on artist management and sales. We are all still figuring it out as social media and the world rapidly changes. 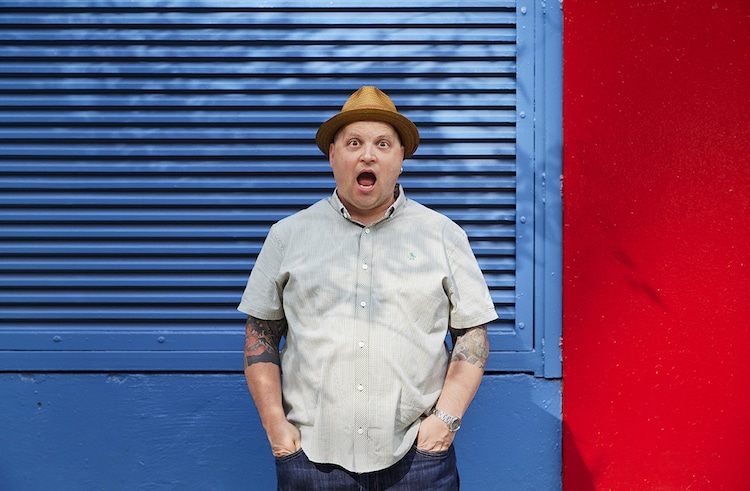 All images courtesy of Joe Russo and Maud Frisenfeldt. My Modern Met granted permission to use photos by the Delusional Art Competition.

Originally featured on My Modern Met

We had an absolute blast in San Francisco curating a show for Heron Arts!