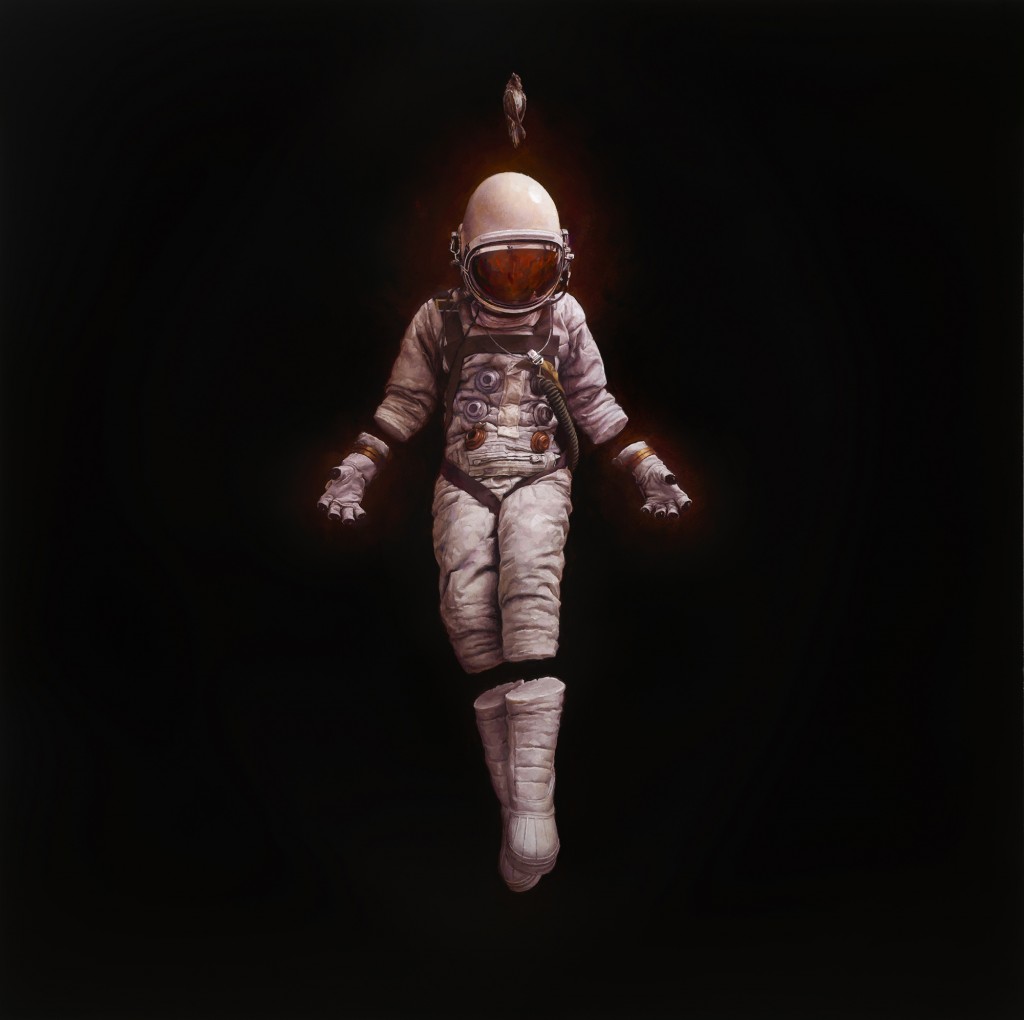 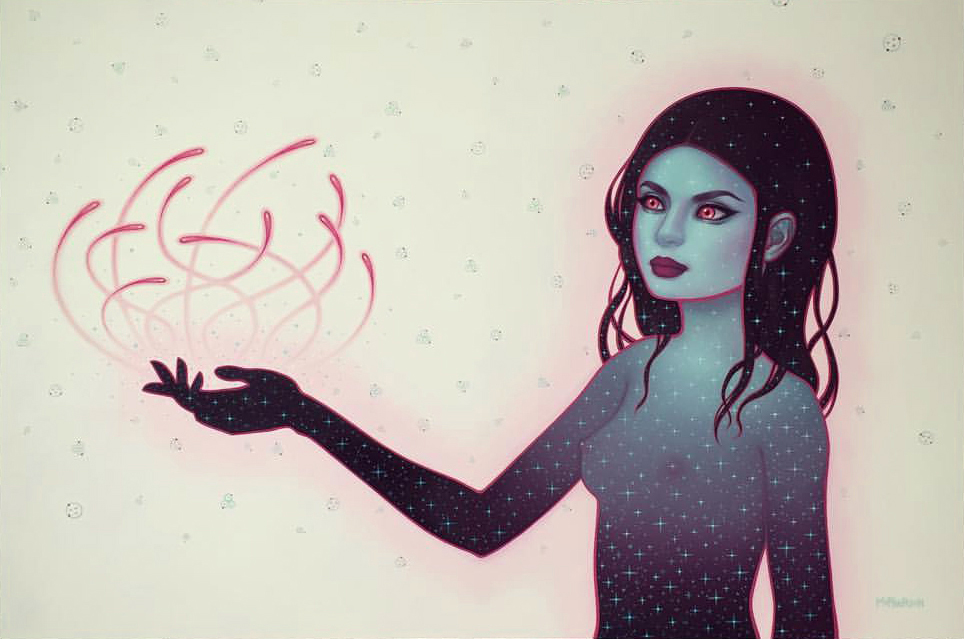 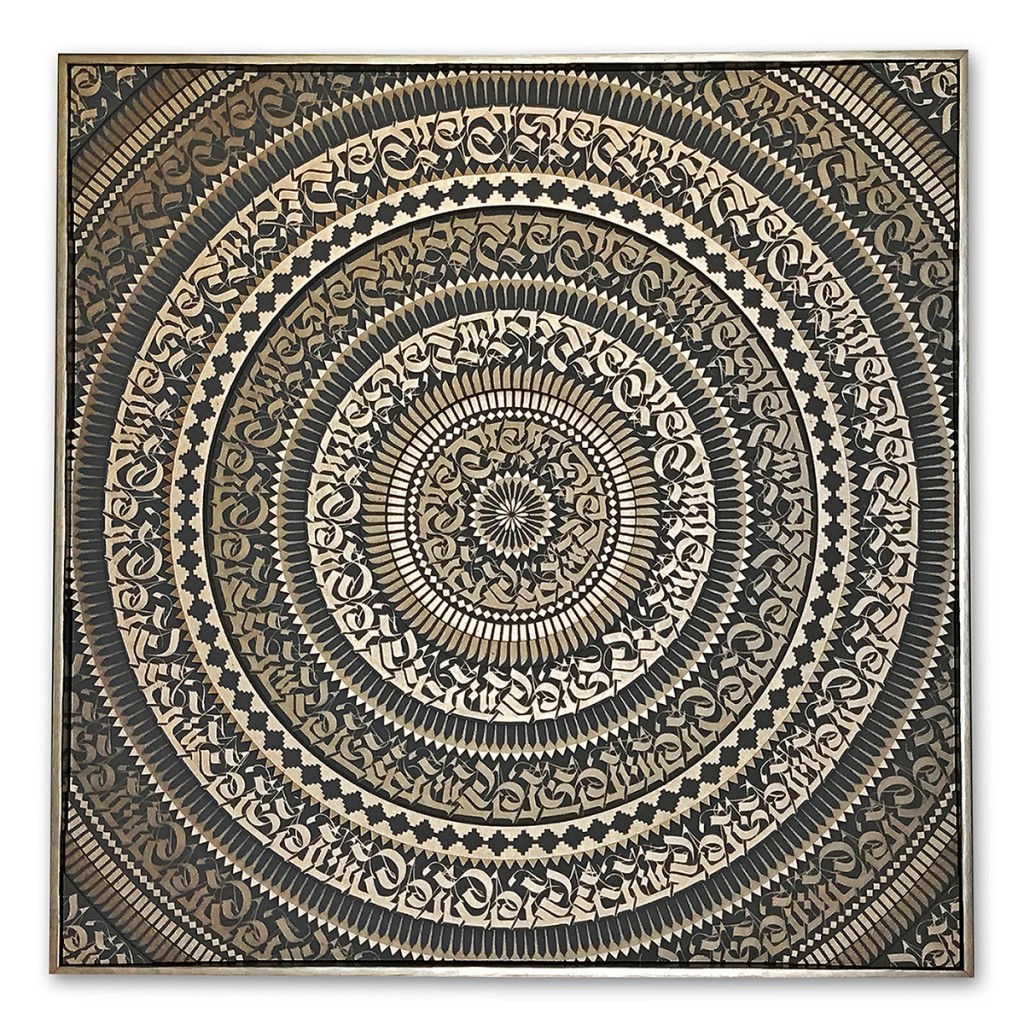 Contemporary Painting, Sculpture And Installation
With featuring over 40 artists, the exhibition will show a diverse selection that includes sculptures, paintings, and illustrations. While the American artist Adam Wallacavage is best known for his surreal and highly ornamented interior design details such as octopus chandeliers, Aj Fosik creates vividly colored and totem-inspired feral creations out of wood. On the other hand, sculptures by Alessandro Gallo, Haroshi and Beth Cavener are all inspired by the animal world. While painters Camille Rose Garcia, Mab Graves and Tara McPherson create work within the tradition of Pop Surrealism, the work of Joel Rea and Mary Iverson presents a contemporary take on landscape painting. On the other hand, Dan Witz, Diego Gravinese, Eloy Morales and Matthew Grabelsky all paint highly detailed photorealistic works. Jim Houser is best known for his works in installations, painting, sculpture and collage. 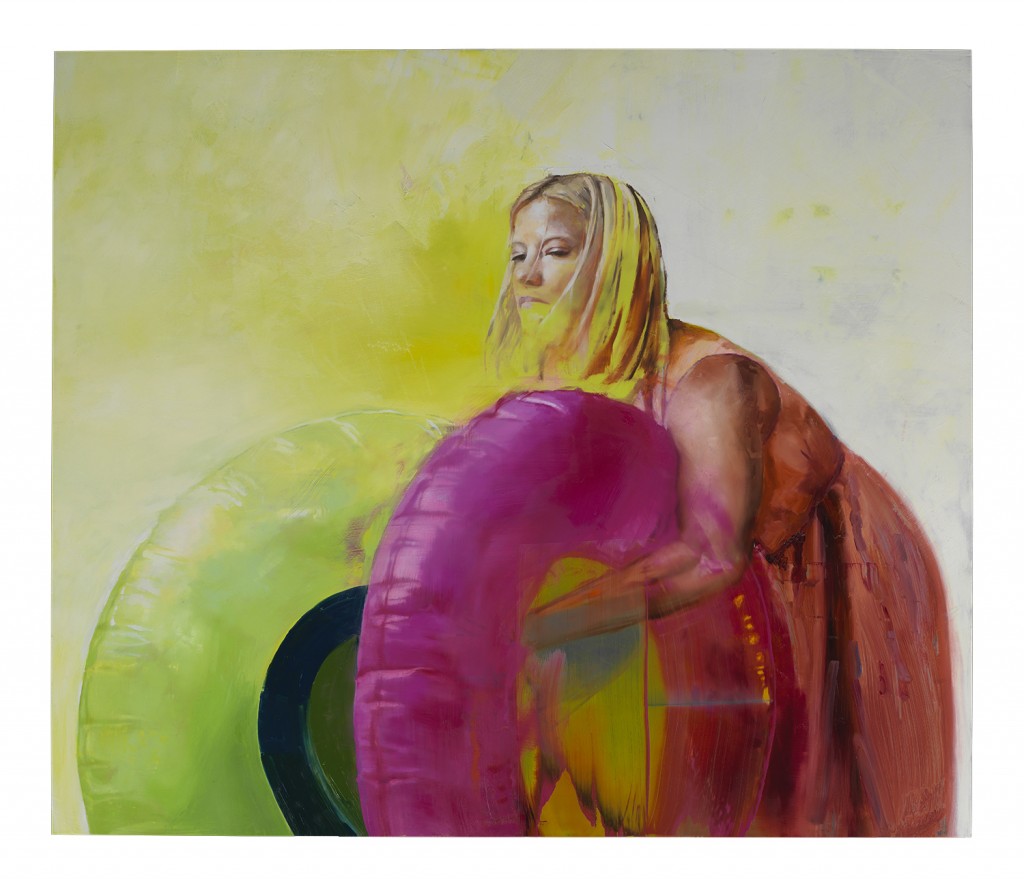 The Gathering by Chloe Early

Street Art, Illustration and Assemblage
While the work of legends Ron English and Shepard Fairey comments on the issues facing contemporary society, Augustine Kofie is inspired by the basic building block of the geometric world and the work of Jeff Soto shows his affinity for fantastical narratives. While Cryptic explores the realm of spirituality and consciousness, EVOL is best-known for his urban installations and paintings made on used cardboard. Ashley Wood rotates around comic books, cover art, concept design and art direction with a painterly approach, while Josh Agle aka Shag works in the style based on a commercial illustration from the 1950s and 1960s. While Matt Leines creates drawings and paintings rich in color and detail that explore the kaleidoscope of memory and outer zones of imagination, Dylan Egon is best known for his assemblage art with an American pop culture imagery and motifs. 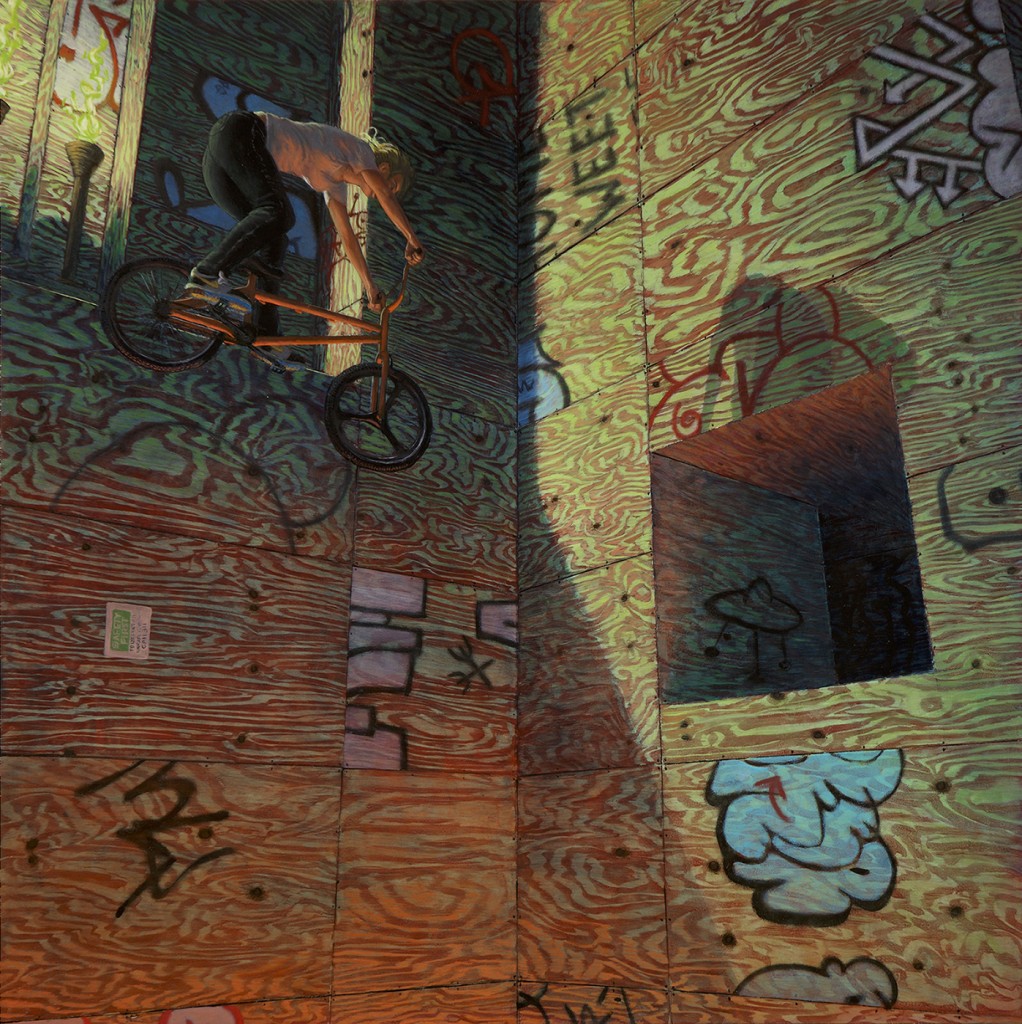 Against Thee Wickedly by John Jacobsmeyer

Jonathan Levine Group Show
Committed to new and cutting edge art, Jonathan LeVine Gallery has nurtured careers of many celebrated artists. The gallery creates engaging programs and interesting partnerships beyond their gallery space, such as public murals and pop-up exhibitions. The newly opened place in Jersey City is named Jonathan LeVine Projects and it is located within Mana Contemporary, a leading arts organization dedicated to celebrating the creative process. The exhibition Welcome to New Jersey will be on view at the gallery from February 18th until March 18th, 2017. The opening reception will be held on February 18th from 6 to 8pm.