John Jacobsmeyer’s oil paintings on aluminum recall nostalgic and imaginative experience, using wooden backdrops and technology-inspired shapes. These works at once feel aged and modern, and while humor runs throughout his recent works, several ring of sincerity and vulnerability. And a few others have skeleton warriors. Jacobsmeyer has cited Gene Roddenberry, Nietzsche, David Lynch, and Mary Shelley as influences.

The artist has commented on his continued use of wooden textures, which runs through several pieces past and present: “Clubhouse construction offers the greatest possibilities for world creation,” Jacobsmeyer said, in a past statement. “The wood grain’s wild figuring appears to be constantly changing, invoking alien creatures and landscapes. These possibilities are why my paintings represent wooden interiors. I imagine places from popular culture, history and virtual reality as elaborate clubhouses, as though a pack of 12 year olds had the where-with-all to build their most extravagant fantasies.”

The Ann Arbor-born painter has had solo shows across the world. His schooling includes a BFA from University of New Hampshire an MFA at Yale. Recent solo shows include Gallery Poulsen in Denmark, New Center for Book Arts in New York City, and Seattle’s Davidson Galleries. 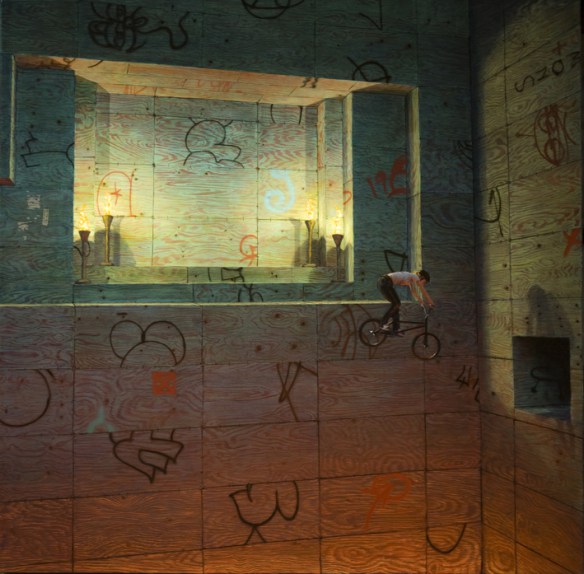 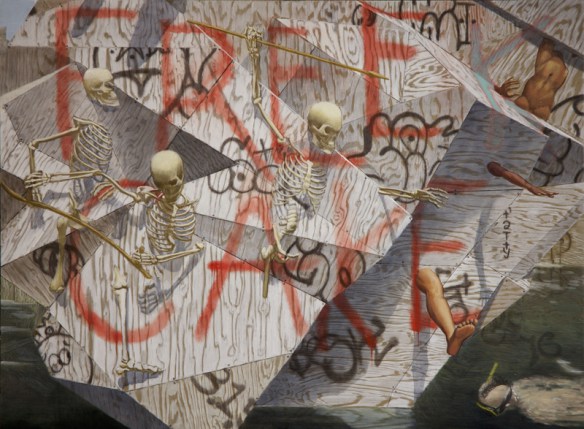 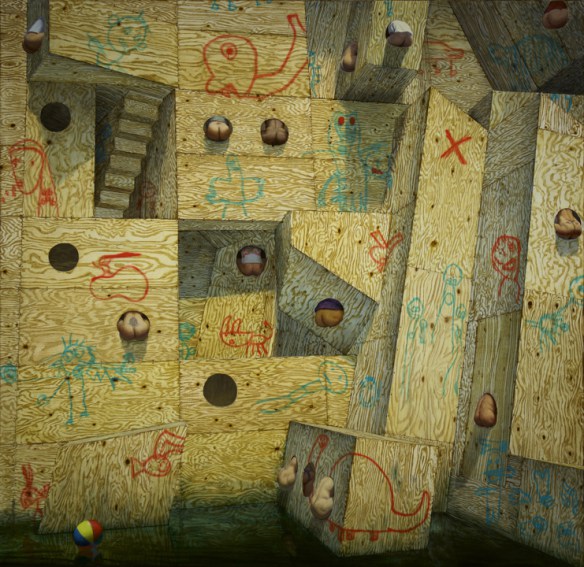 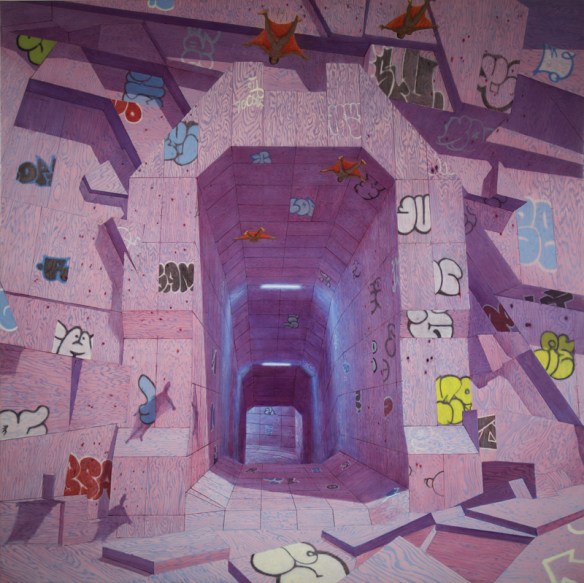 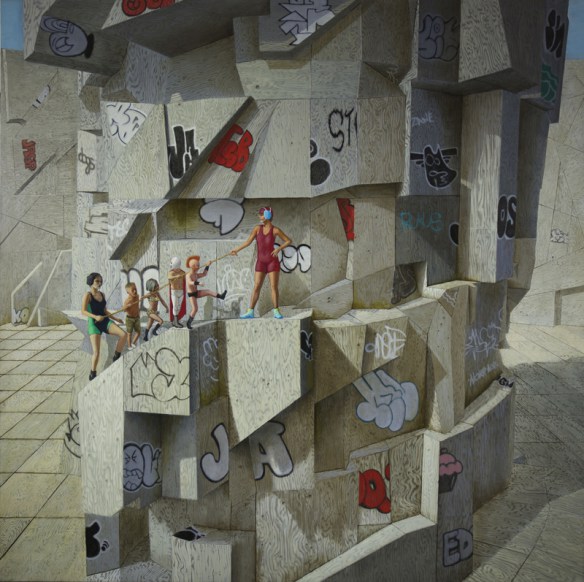 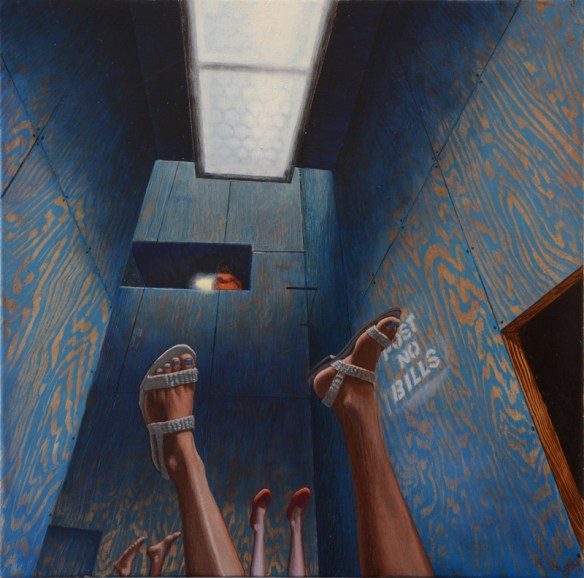 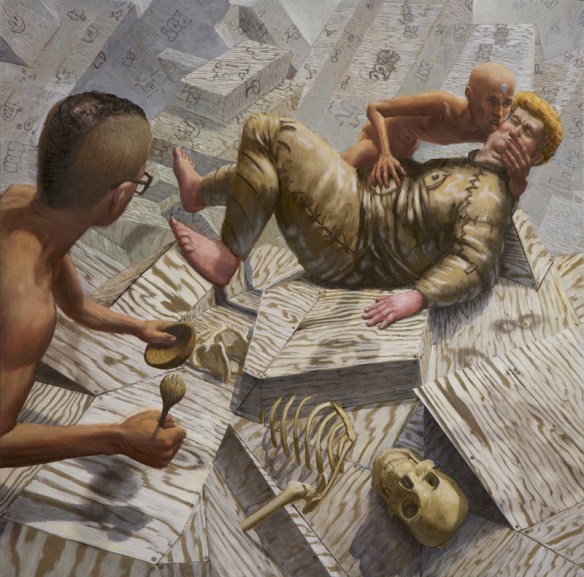 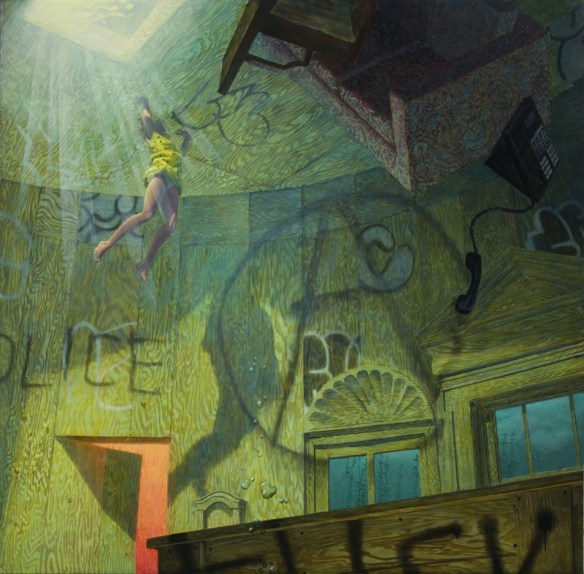 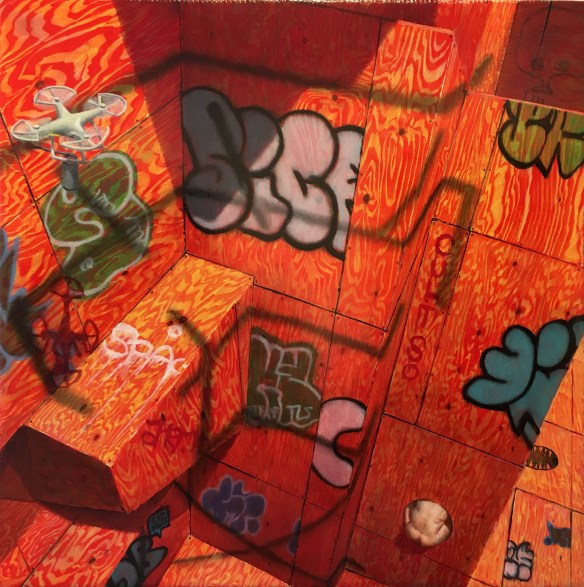