Equinox of the Gods

Jonathan LeVine Projects is pleased to present Equinox of the Gods, a solo exhibition of new works by Peter Yuill from December 9, 2020—January 10, 2021. The exhibition features a new body of work created in a mature style that marks a new phase in the artist’s creative journey.

Highly analytical and technical in appearance, Yuill’s circular paradigm has become his trademark. In 2017, he released an acclaimed series of works created with static lines, circular forms and monochromatic shapes, all drawn and arranged by hand. The series represented a synthesis between two seemingly paradoxical realms—the logical mind and the inner self. Since then, the artist has continued this direction by further reducing his pictorial vocabulary to a single shape—the circle. Yuill finds this to be a definitive language of expression that transcends the dichotomies of the world. His works immerse viewers in the intricate yet harmonious dimension of the whole.

Attaining a sublime state through reduction, Yuill’s circular patterns expand into a myriad of evolving forms. Like the universal energy of life, his gold and copper linework define complex paths that vibrate in perpetual motion, expressing his inner feelings of awareness, tangled uncertainty and nothingness. The artist is inspired by the interconnectedness of the universe, the awareness of human existence and limitations of humans to understand the secrets of nature. In this show, Yuill turns these contrasting relationships into a powerful narrative of liberation, through which he has attained alignment in his artistic and spiritual development.

“There can never be a true understanding of our purpose—not through thought, reason, or mathematics. To understand this is to let go and begin the next stage of existential development, to be truly free.” – Peter Yuill

Peter Yuill was born in 1984 in Ottawa, Canada and is currently based in Hong Kong. In 2009, he received a BAA in Illustration from Sheridan College in Toronto. Yuill works in complex geometric abstraction created through a combination of highly technical ink drawing and painting on paper. His work is an exploration of the philosophical and existential desire to understand the meaning of existence through mathematical and geometric purity. Yuill’s obsession with working by hand and being involved in every aspect of making his artwork speaks to the deep meditative and spiritual connection he has with his process. 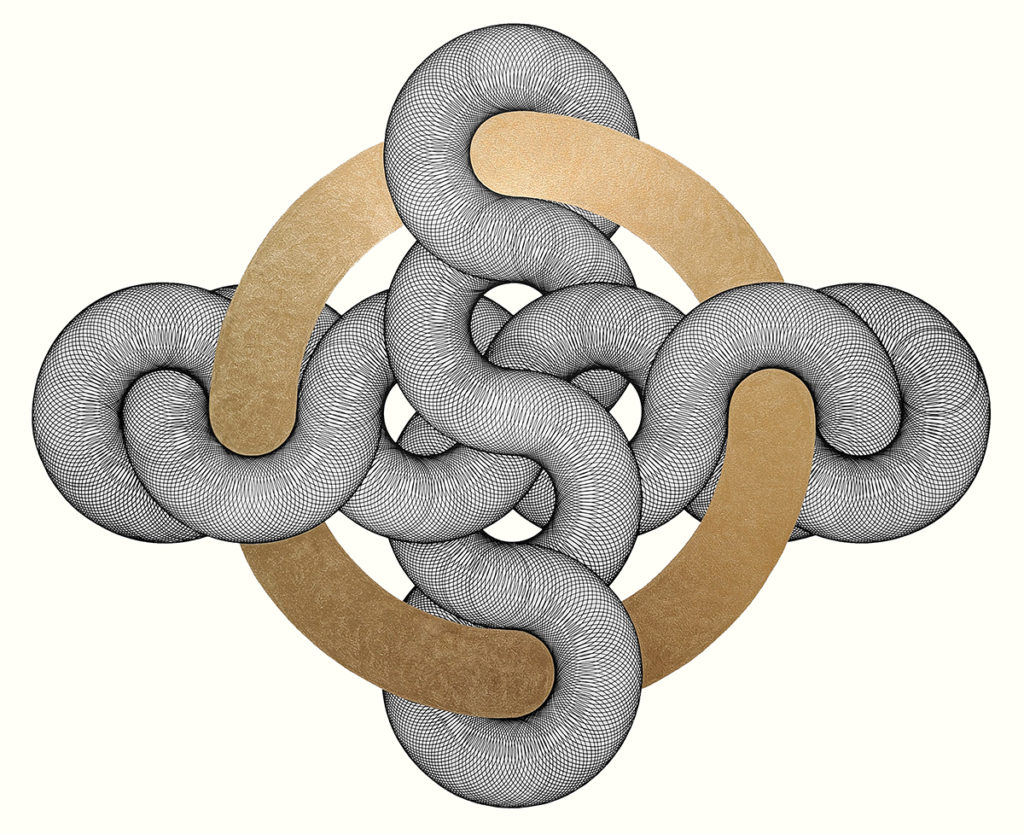 Ode to Ra-Hoor-Khuit, Horus on the Horizon 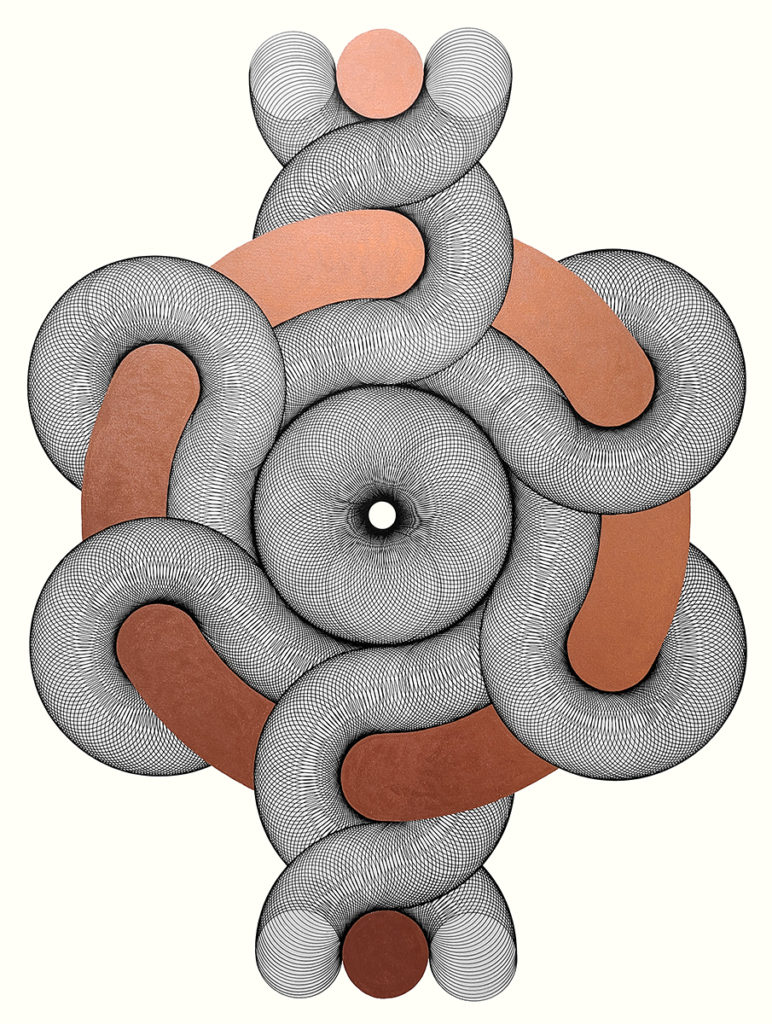 Ode to Nuit, the Queen of Infinite Space 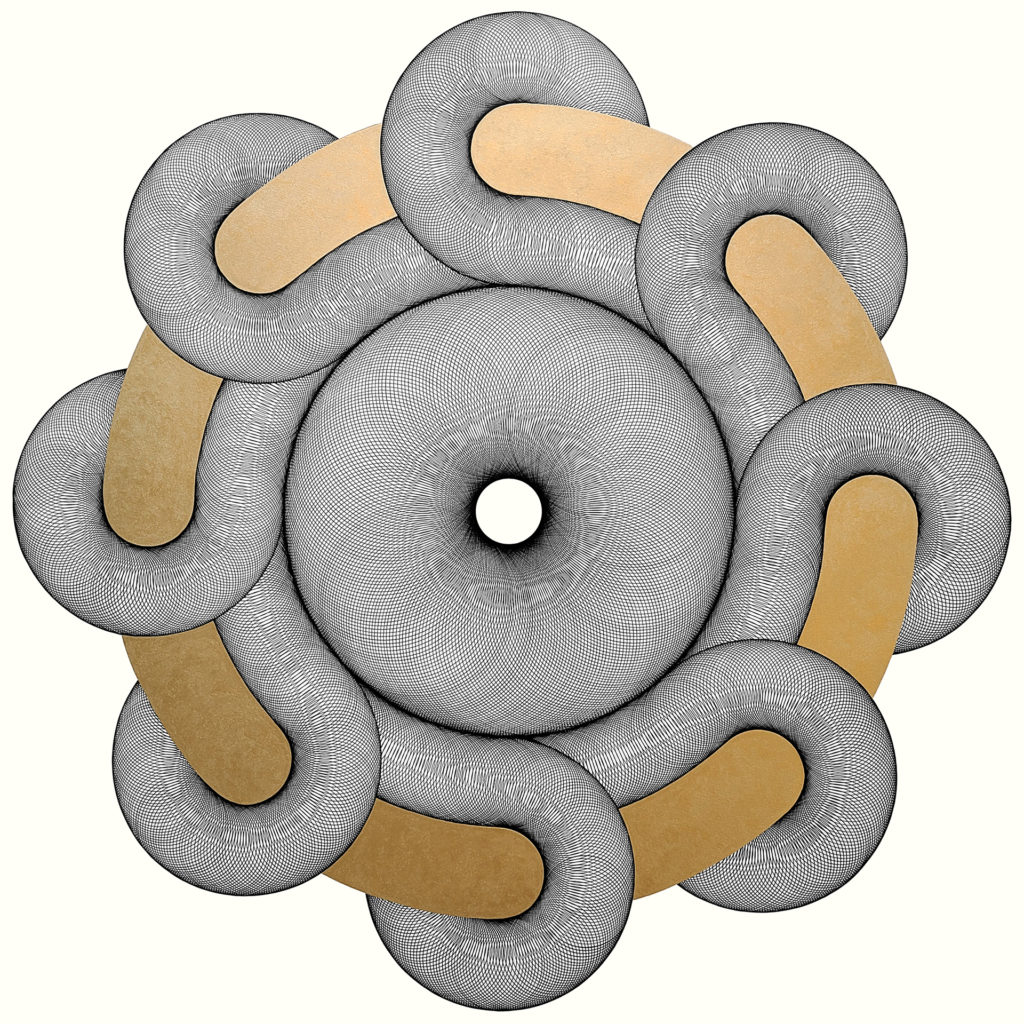 Ode to the Master Therion, the Mystical Priest
SHARE