NEW YORK, NY (June 10, 2016) — Jonathan LeVine Gallery is pleased to present IKON, a solo exhibition of new work by Austrian artist Nychos is what will be his debut solo exhibition at the gallery.

Nychos is a street artist, illustrator and painter whose signature style blends themes of morbid corporeality with a colorful, outlandish aesthetic. Inspired by comics, heavy metal, graffiti and his upbringing in a traditional Viennese hunting family, his work reveals the skeletal and internal structure of cartoon-like characters. With impeccable attention to detail, Nychos implements methods of “dissection, cross-section, meltdown and translucence” to juxtapose the beauty and grotesque nature of the body.

For IKON, Nychos created a portrait series of celebrities and fictional characters whose images have been burned into our minds and we’ve grown accustomed to perceiving superficially. With a particular focus on icons from the 1980s, this new body of work shows the profound influence that media had on the artist during his formative years. By dismantling their anatomy he explores the humanity that exists underneath the mask of celebrity and confronts viewers with the core elements we all have in common: flesh and bones.

This new series of work explores the evolution of pop culture while also commenting on developments that have come to plague society over recent decades. Visitors will be confronted with images such as a rubber ducky liquefying into polluted water, a Barbie doll whose face has melted into a cancerous drip and other socio-ecological crises.

Prior to the opening of IKON, Nychos will participate in Coney Art Walls, as well as unveil a ten-foot tall sculpture, The Dissection of Sigmund Freud, at Flatiron Plaza from June 16th to 18th in cooperation with the Tourist Board of Vienna. Following the opening, Nychos will create a large-scale mural at a building owned by Mana Contemporary located in Jersey City near the approach to the Holland Tunnel. Please contact the gallery for further details.

Nychos was born in Austria in 1982 and is currently based in Vienna. He began creating street art at the age of fifteen and established Rabbit Eye Movement (REM) in 2004, an art concept that transformed into a gallery space and agency dedicated to connecting networks of artists. His work has been exhibited in galleries worldwide, including Detroit, New York, Paris, San Francisco, Singapore, Turin and Zurich. Nychos is also an integral part of the international street art scene and has created hundreds of murals. 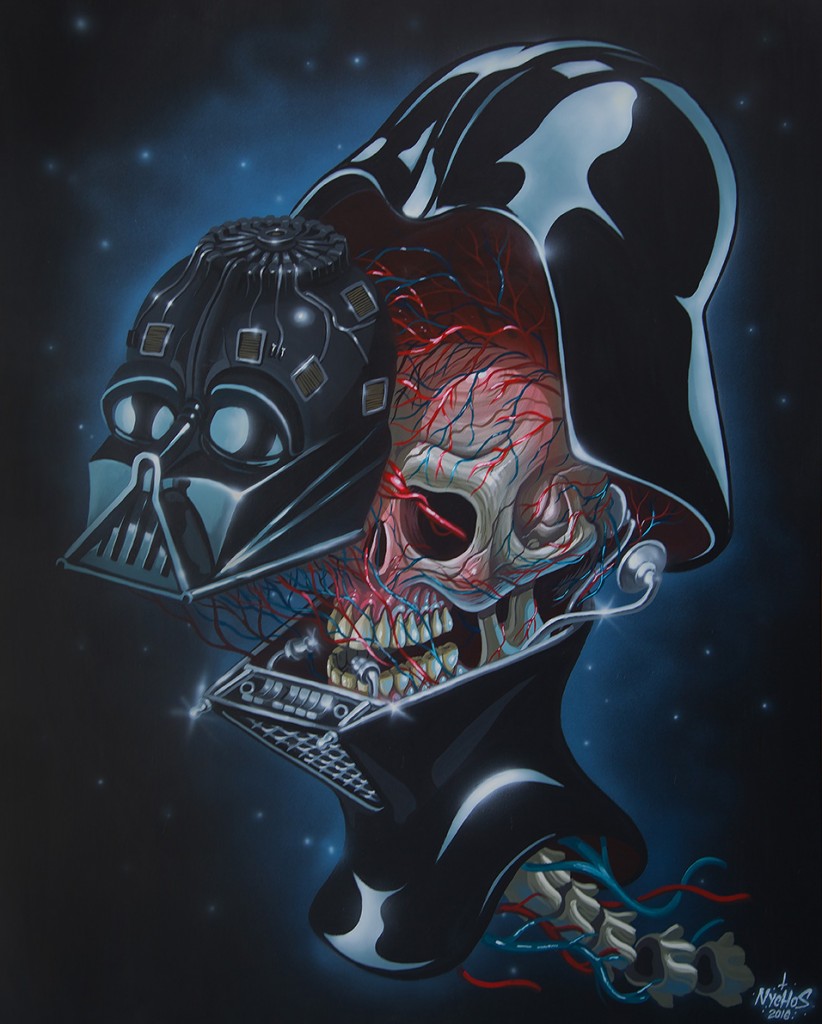 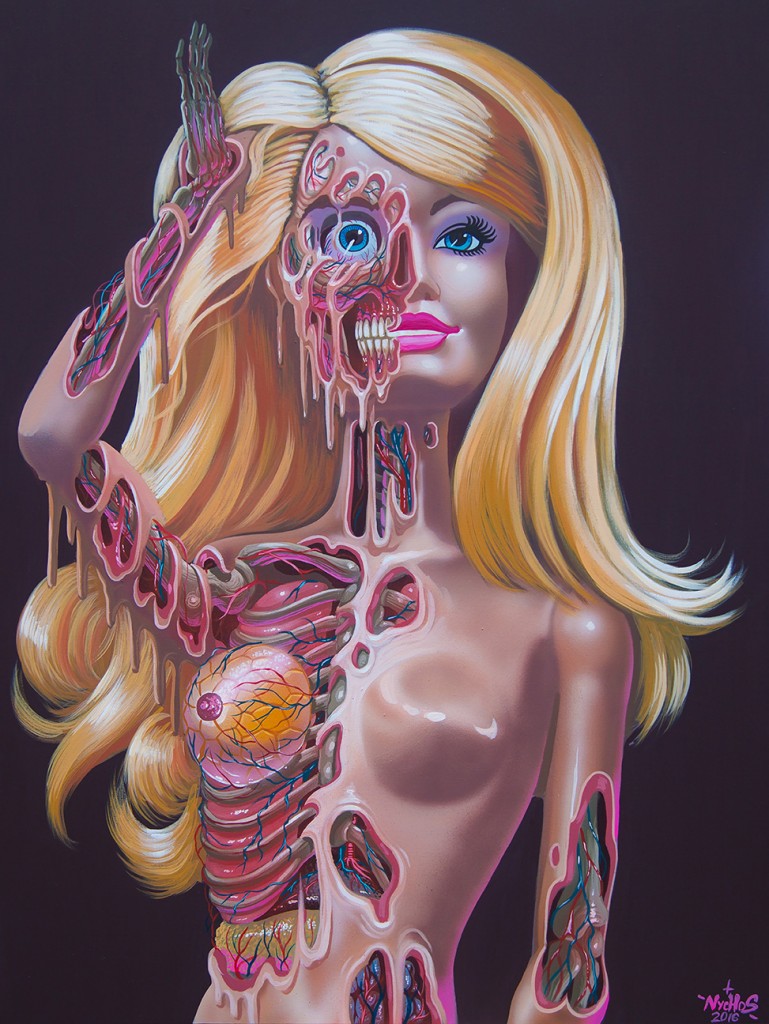 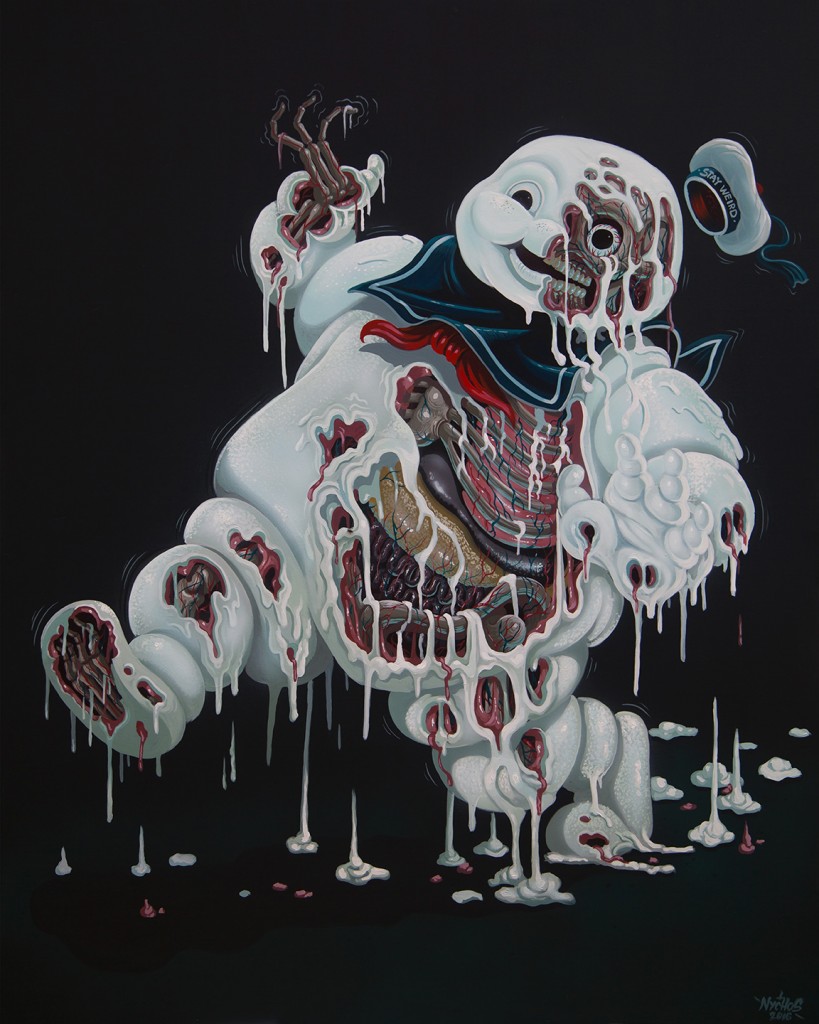