NEW YORK, NY (May 5, 2016) — Jonathan LeVine Gallery is pleased to present King Cuts, a solo exhibition of new work by Seattle-based artist Mike Leavitt in what will be his  third solo exhibition at the gallery.

Great film directors make sacrifices and compromises when creating a movie. They’re eaten by their work and very often their body succumbs to the pressure. In King Cuts, Leavitt transforms some of the most renowned directors into satirical sculptures, combining their physical attributes with features reminiscent of their most recognizable on-screen characters. Standing 18 inches tall at one quarter inch scale, each sculpture is carved from a single block of wood, similar to the way these auteurs might cut a take or reel.

Through his clever mash-ups, Leavitt has created totems devoted to the best story tellers of all-time that explore the role of being an artist and pose the question, is it possible not to merge art and life? Similar to the way Kubrick, Spielberg and Tarantino use the camera like a window to gaze out, Leavitt humorously reverts the gaze back to them. Under their control or not, work sweeps over the life of the creator. Their imagery becomes more powerful than themselves and their icons overtake their anatomy.

Leavitt is a passionate film buff and aims to elevate these directors as high artists, while also surreally lampooning them with a taste of their own iconic medicine. He explains, “I love movies and I love art. The magic overwhelms me. Moviemakers are consumed by their work, similar to the way my own work overtakes my life. Whether a block of wood, a scene ending or film reel edit, every cut takes conviction. Directors endure pain tending to the light of photography, the story’s tension, the limits of money and the sacrifices to their vision. Trust in that vision is so powerful that they relinquish their anatomy. That’s why I sculpted their bodies physically devoured by their work.” 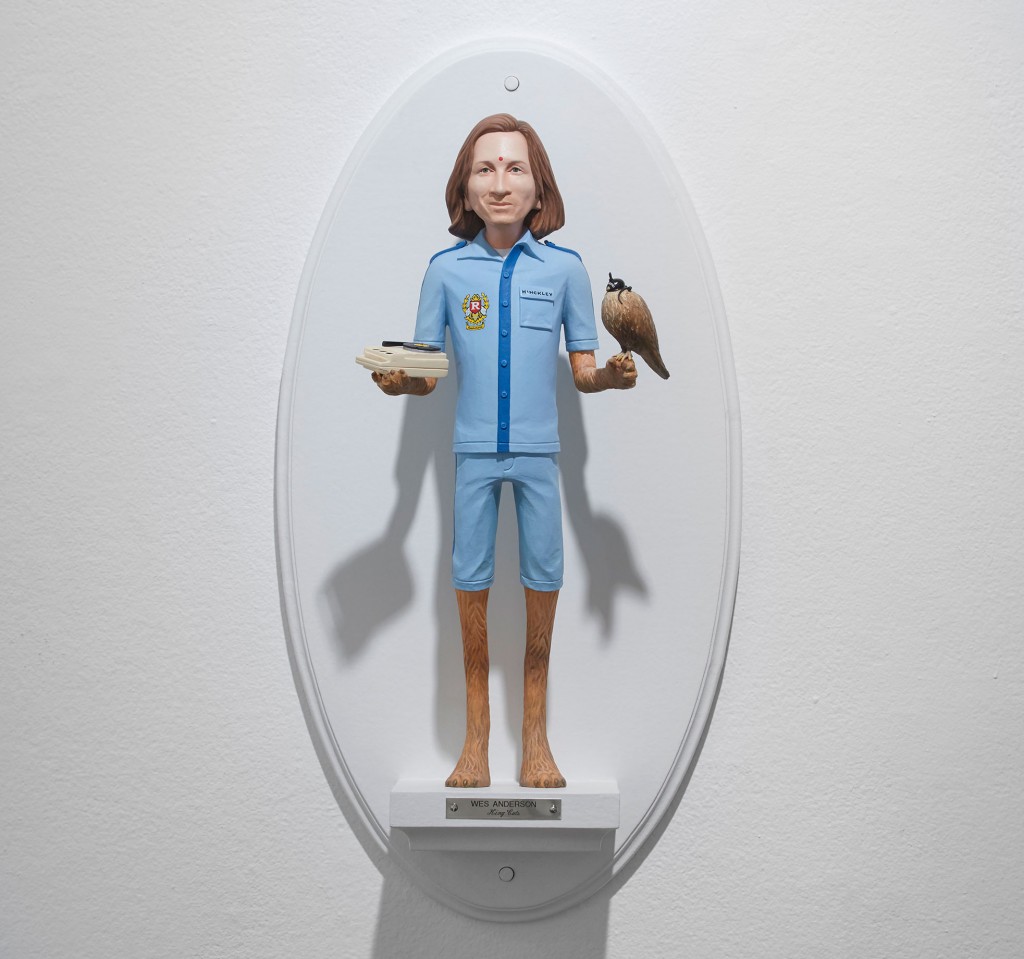 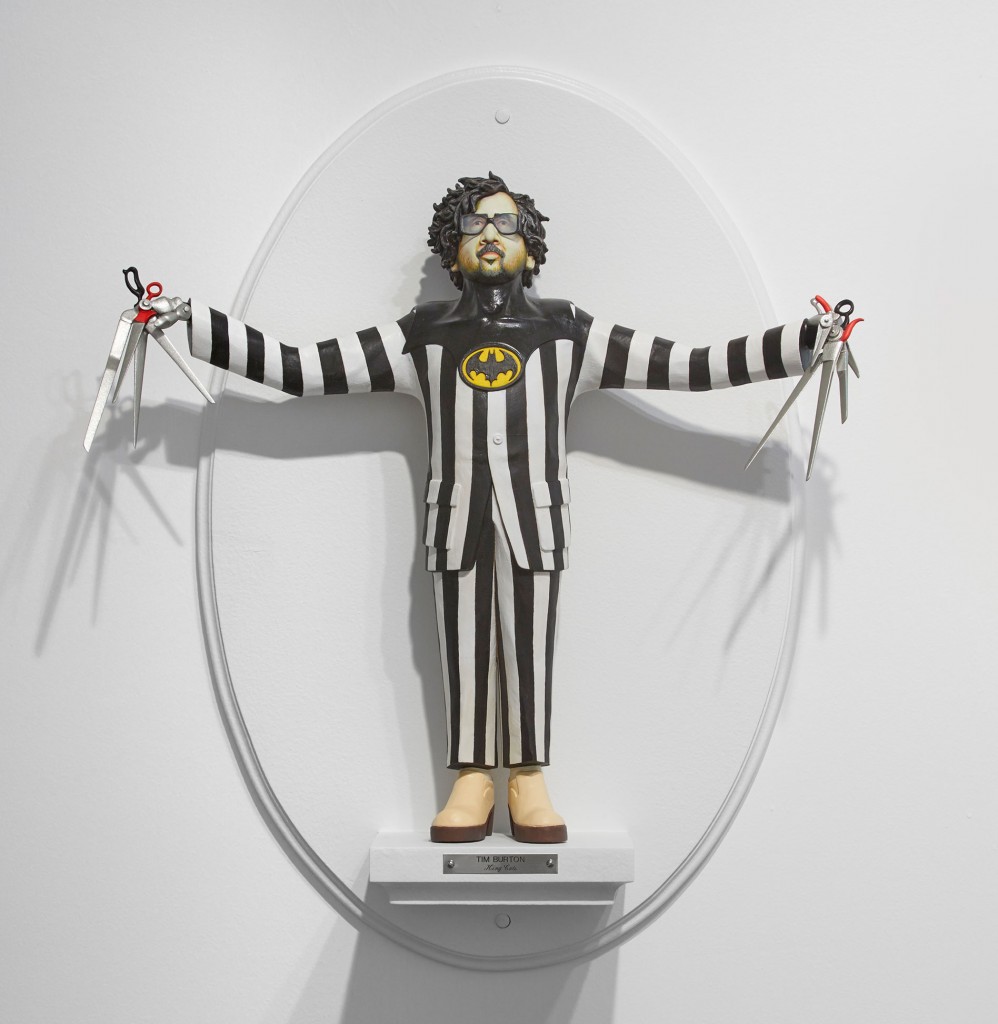 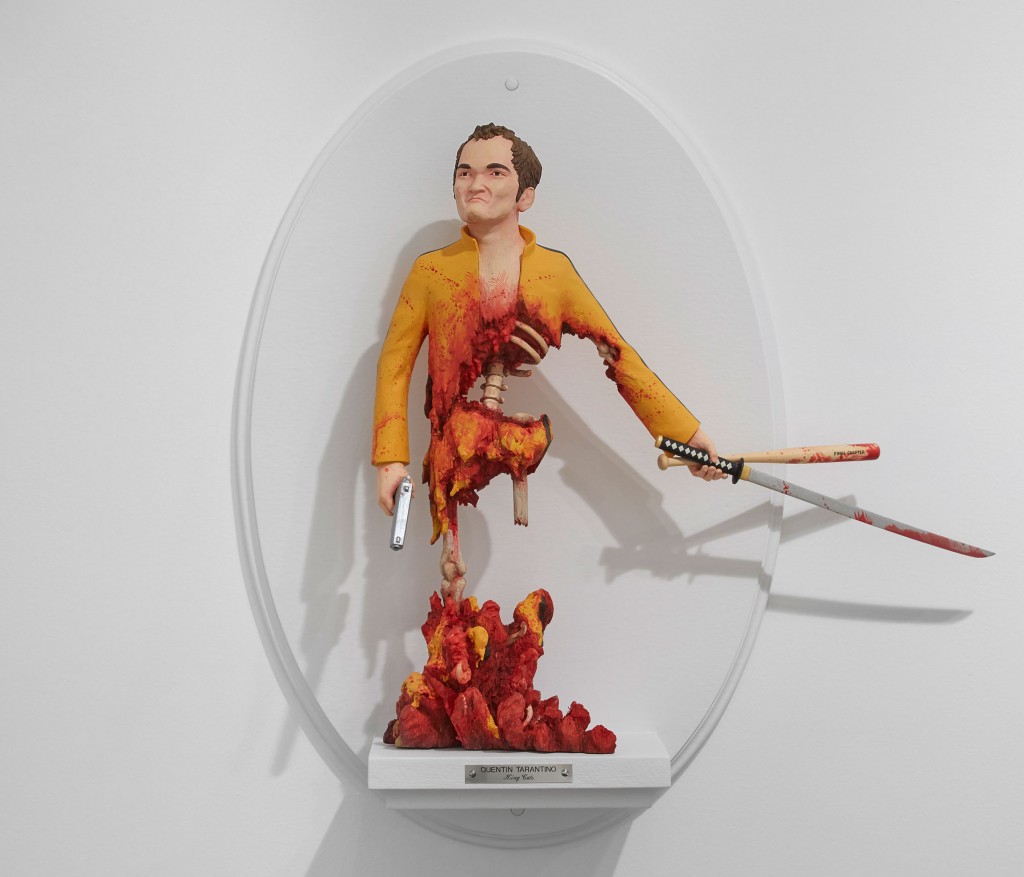