NEW YORK, NY (October 1, 2016) — Jonathan LeVine Gallery is pleased to present External Effect, a series of new works by Japanese artist Masakatsu Sashie in what will be his second solo exhibition at the gallery.

Sashie depicts a post-apocalyptic world in hyperreal oil paintings that analyze the influence of technology on the circle of life. Modeled after the town he was born in and continues to reside, his landscapes resemble landfills – capsized by burning vehicles, antiquated technology and an overwhelming amount of man-made debris. Massive orb-shaped amalgams of industrially manufactured products are the focal point of every piece, hovering over desolate cityscapes, drawing attention to the paradox of the vastness of the universe yet the finite amount of space mankind has to exist.

Kanazawa is a small city in Japan that the artist describes as a miniature garden in which the obsolete and contemporary are fused due to its distance from an urban center. Growing up within this isolation nurtured Sashie’s fascination with the notion of “the balanced aquarium,” a concept described by Nobel Prize winner Konrad Lorenz in his book King Solomon’s Ring: New Light on Animal Ways (1949). He describes an aquarium as a self-sustaining environment depending solely on the natural interactions between plants and other living organisms for survival. Once outside involvement occurs, balance is lost and disintegration immediately begins.

The artist considers Lorenz’s biological phenomenon as the epitome of the world we live in; struggling to maintain stability amongst the complexities and demands of modern living. Revolving around themes of consumerism, globalism and environmentalism, Sashie’s self-contained environments are an archive of the past and a prediction of our future.

ABOUT THE ARTIST
Masakatsu Sashie was born in 1974 in Kanazawa, Japan where he is currently based. In 2000, he received an MFA from Kanazawa College of Art. His work has been exhibited throughout Asia and the United States, including art fairs such as The Armory Show in New York and Art Hong Kong. In 2012, his work was included the Giant Robot Biennale 3 exhibition at the Japanese American National Museum in Los Angeles, California. 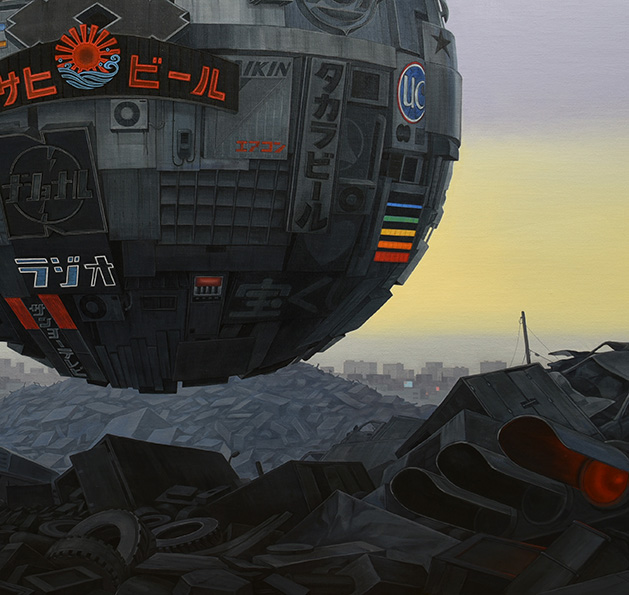