This Bright Demeanor is Mark Doox’s debut solo exhibition at Jonathan LeVine Projects. In it, Mark Doox continues to explore what he calls “Byz-Dada” (Byzantine Dadaism). Byz-Dada is Doox’s long-standing interest in Byzantine and Early-Italo icons fused with modernist ideas and black signifyin(g).  The work in his current show is a meditation upon American democratic and spiritual ideals, the African-American experience, humanistic-existential reality, black folksy wisdom, pragmatism, and apocalyptic religious paranoia. All of these aspects are a part of Doox’s personally perceived American existential dilemma and the profound conundrum that he creatively calls “THE ENIGGERMA.” (The word “ENIGGERMA” is a blended word that combines the meaning and spelling of the two words “enigma” and “the n-word.”) In his sizeable 5×7 foot icon  All Lives Matter$$$$$$$$$” Said the $erpent to Amalgam Man As It Died (Red Horse) Doox reworks the traditional image of the horse-mounted Saint George slaying the Dragon. Doox inserts the images of two of his made-up black superheroes Black Starr and Buck Nig Arrrgh(!), with the mythic St. George, thereby creating an amalgam of a militaristic hero/saint. In Of Superheroes and Absentee Founding Fathers (Who Are We Americans) Propvis Nos Respice Semper, Doox juxtaposes images of people from mainly two different periods in American history. He uses images from the 16th Street Baptist Church Bombing in Alabama during the Civil Rights Era in the 60s and the Presentation of the Articles of the Declaration of Independence during the founding of America.  Floating overhead above an apparent dimensional breach is a chained but seemingly liberated enigmatic and anonymous black god-like figure, and for some reason, he has Captain America’s shield. In Saint Sambo Triumphant, Doox uses his signature blackface character St. Sambo and depicts him enthroned with his attributes in the heavenly realm of THE ENIGGERMA. And he is preaching the love of many and kindness toward all.
Mark Doox attended The Columbus College of Art and Design. He has exhibited both nationally and internationally and is the ordained iconographer of the celebrated Coltrane Church. His work is also in the African-American collection of the Princeton University Art Museum, and his work featured in numerous periodicals such as The New Yorker, The Wall Street Journal and the New York Times Magazine. Currently, Doox is completing the writing and illustrating of his postmodern graphic literature novel- THE BOOK OF ST. SAMBO.  It features his character Saint Sambo and St. Sambo’s mother, Ain’t Jah’s Momma of God 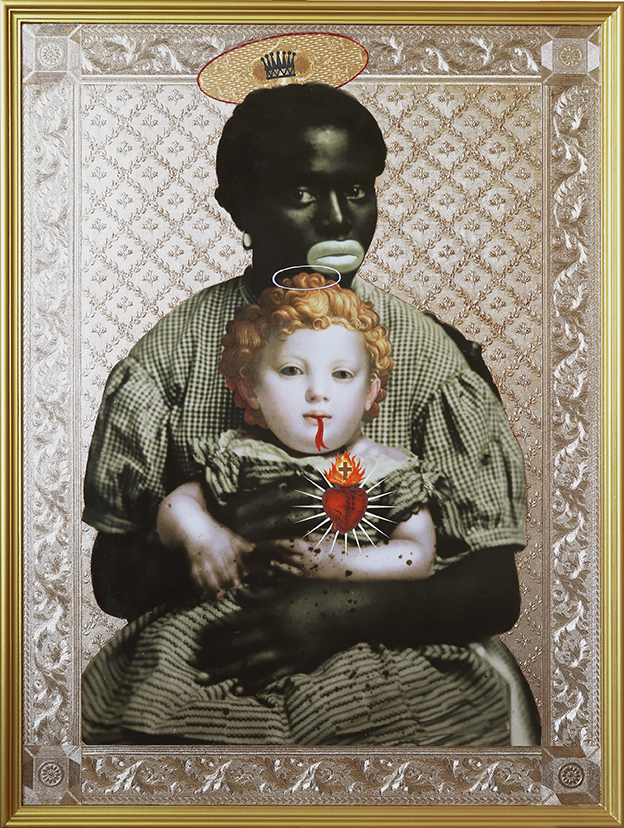 Our Lady Of The Apoca-Lips And Watchin' Miz' Rosemary's Baby 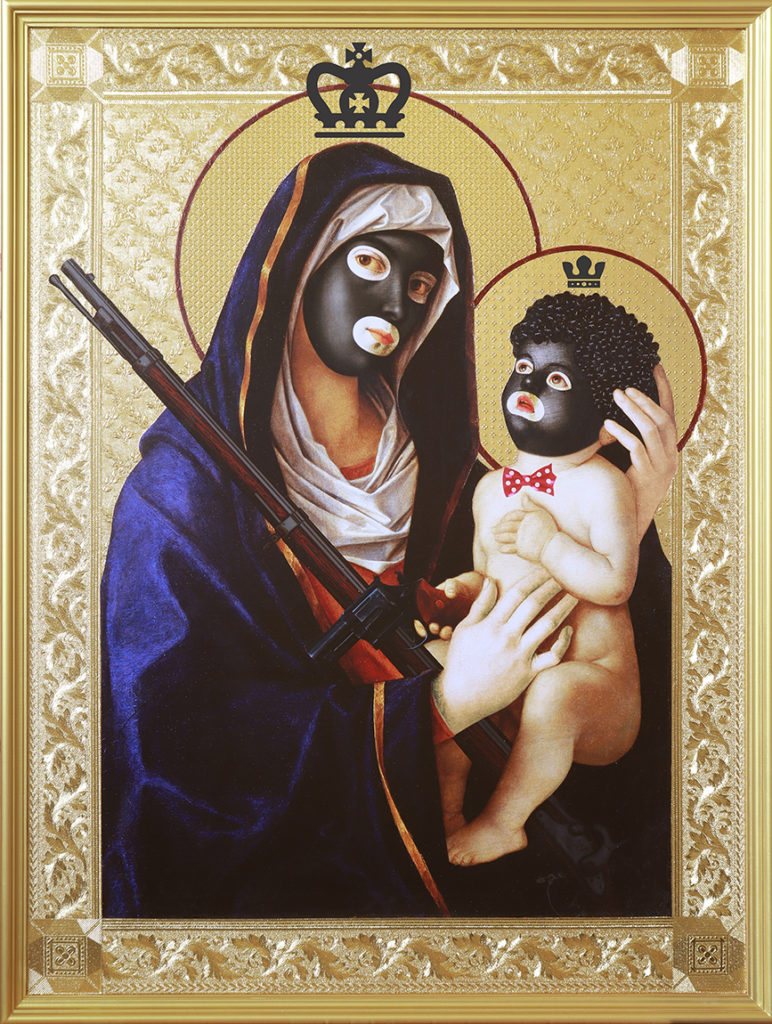 Our Lady And Child of Minstrelsy And Second Amendment Solutions 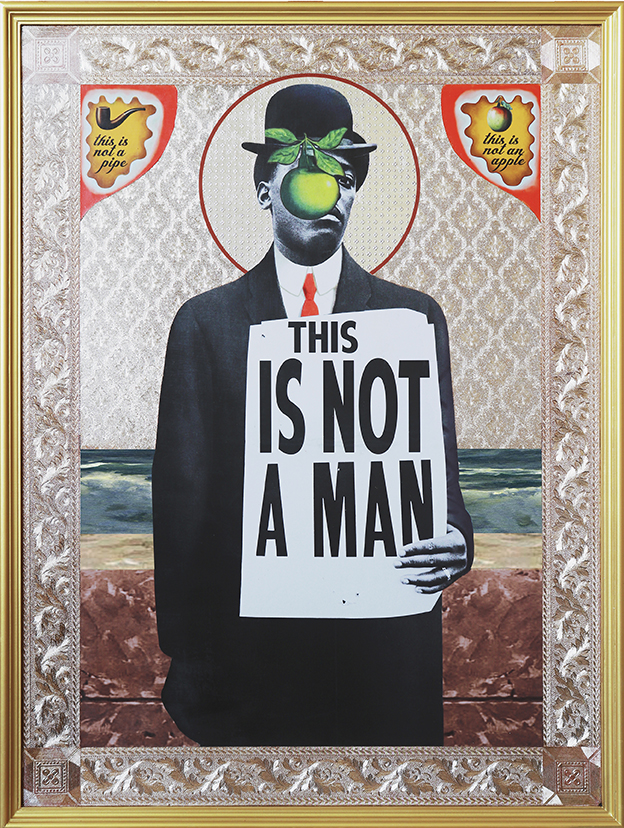