Jonathan LeVine Projects is pleased to present Indigo Blood Project, an exhibition of new work by French artist Koralie in what will be her debut solo show at the gallery. A limited edition silkscreen will be released in conjunction with the exhibition and be available for purchase on our online shop at 6 pm onMarch 31, 2018.

Indigo Blood Project is an extensive exhibition featuring works on canvas, sculptures and an immersive installation. Drawing inspiration from her travels around the world, Koralie’s particularly interested in folk customs, emblematic monuments and animistic rituals, all of which offer an aesthetic richness full of a variety of symbols. In an effort to create dreamlike multicultural harmony, she breaks down borders by mixing elements of both traditional and contemporary cultures.

Koralie wishes to pay tribute to nature with this exhibition and perfected a stencil technique that she defines as a new language of creation. She begins by designing her patterns digitally and then produces laser cut stencils, allowing her to create perfectly symmetrical compositions. Then, as if to imitate nature, she integrates imperfections by improvising with splashes, drips and smears of paint, giving life to the painting through texture. Similar to a kaleidoscope, her work provides an element of kinetic illusion, prompting viewers to let their eyes wander the canvas as if under hypnosis.

A short film expressing Koralie’s artistic journey will also be on view at the gallery, a project in which she represents her cycle of creation by personifying nature, as well as her renowned Kochika sculptures. For these statuettes she integrates aesthetics of dolls from around the world, such as Russian Matryoshkas, Japanese Kokeshis and Hopi Kachinas, with the goal of celebrating cultures and paying homage to mythological gods of nature. 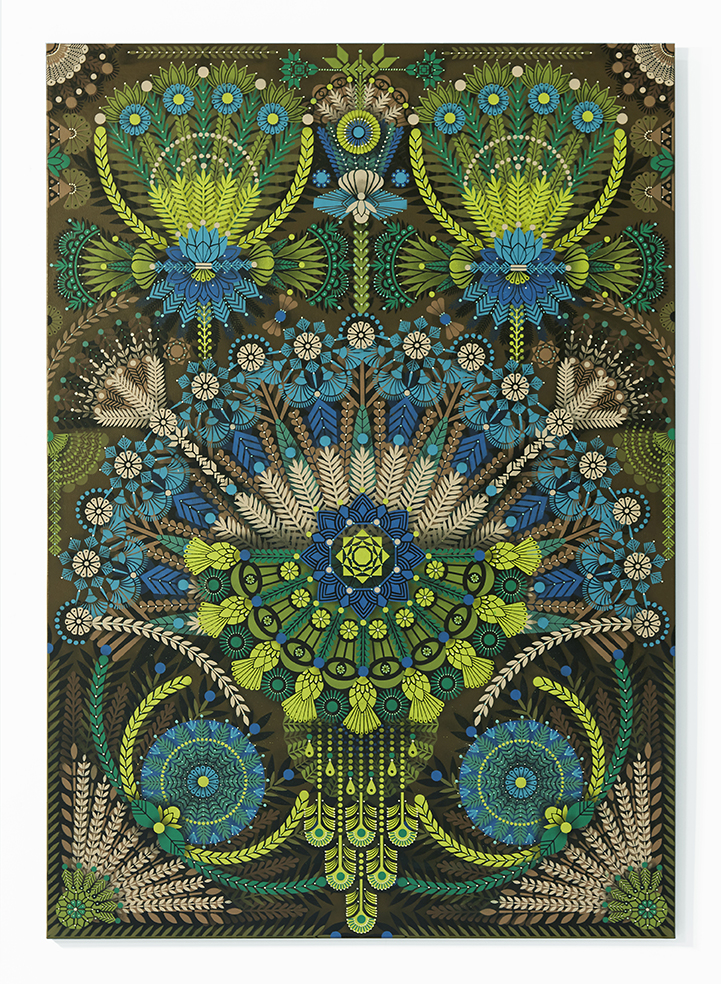 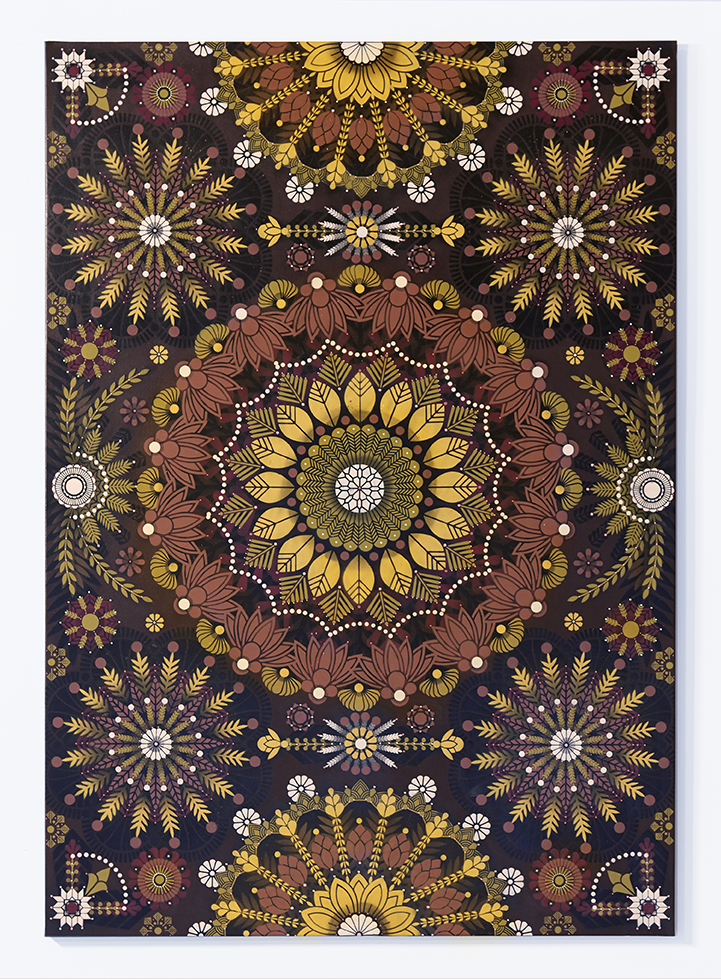 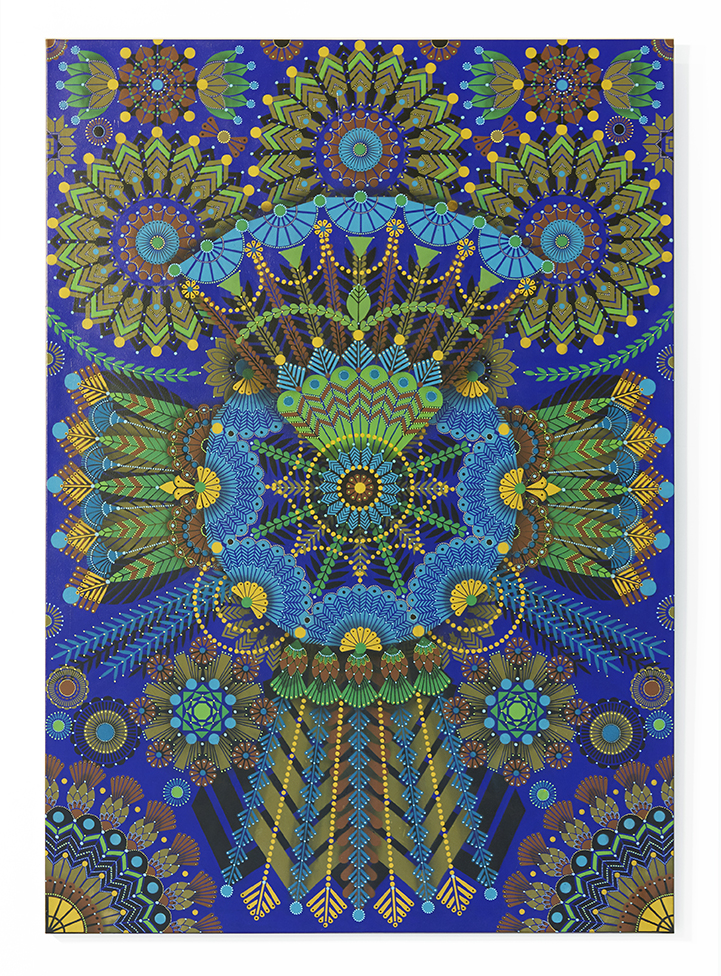