Jonathan LeVine Projects is pleased to present Labor Day, an exhibition of new work by Kevin Cyr in what will be his third solo show at the gallery.

In a culture in which people are easily lured by the appeal of status-enhancing symbols, Cyr finds beauty in derelict cars. With a devoted attention to detail, he paints old vehicles—primarily vans and commercial trucks—covered in graffiti, rust, scratches, scuffs, dents and other marks of distinction. By meticulously illustrating every imperfection and sign of age, Cyr’s work serves as a documentation of time, place and the evolution of the American landscape.

Cyr places strong importance on his subjects and sets vehicles against solid, brightly colored backgrounds.  By removing the context of the urban landscape he instills a level of portrait-like importance and portrays moments of stillness in an ever changing world.

Labor Day includes work on canvas, panel and paper that commemorate blue collar and working class society. The majority of vehicles depicted in the show were documented by Cyr on the streets of New York City, including old Grumman trucks that represent a once thriving American company. He describes, “These trucks, the work horses of the day, are still running despite their age, being beaten up and being repurposed…Labor Day honors working class people who keep the economy chugging along.” 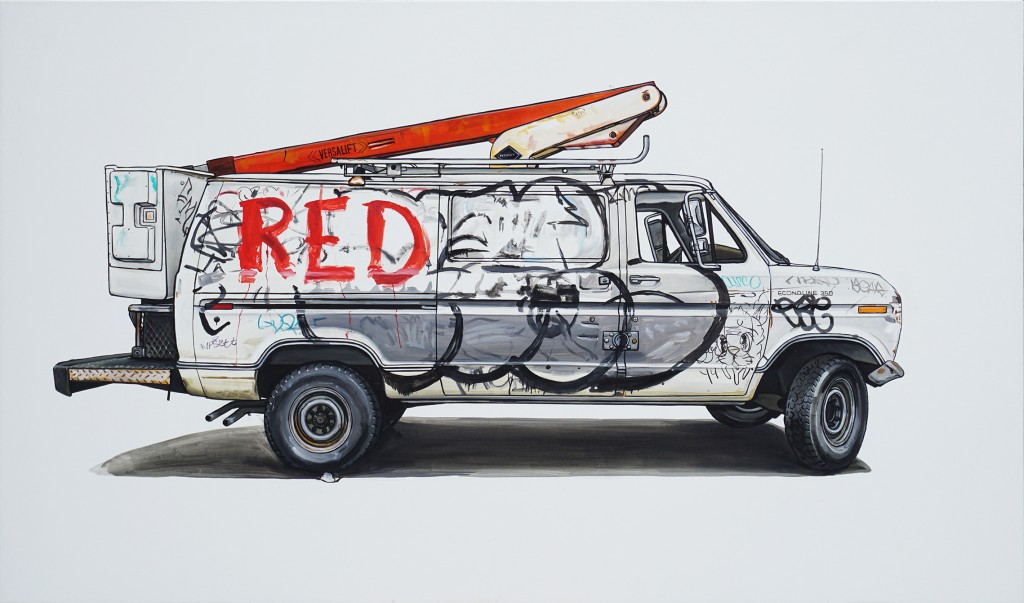 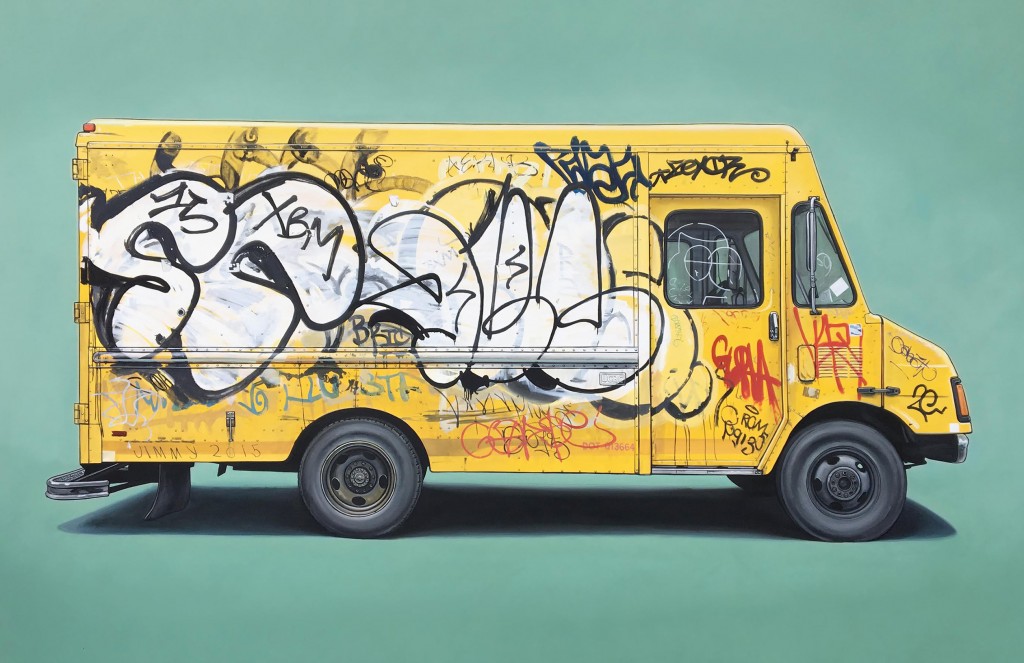 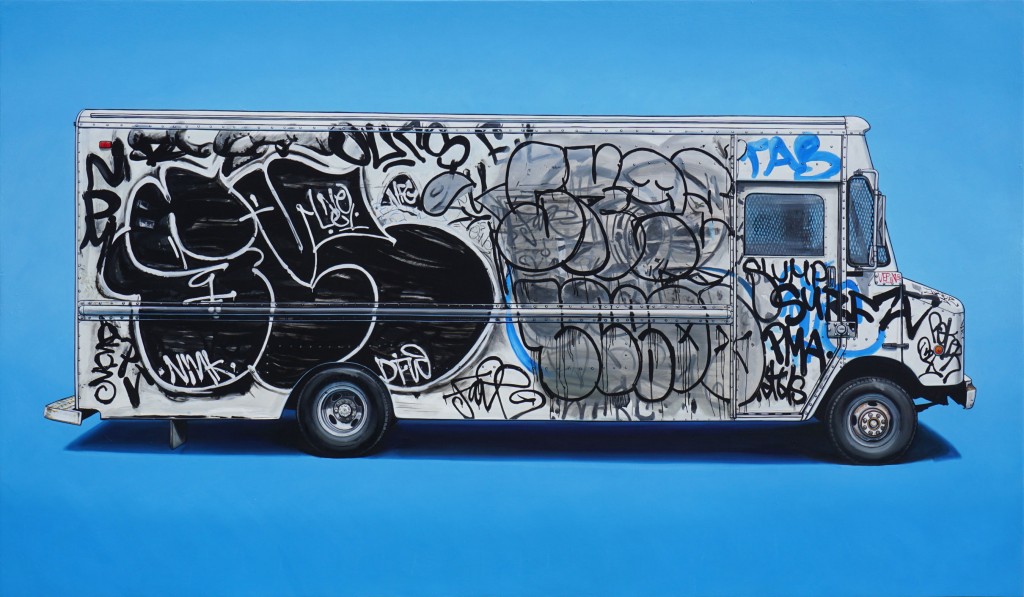