NEW YORK, NY (August 18, 2016) — Jonathan LeVine Gallery is pleased to present The Sotofish Society, a series of new works by California based artist Jeff Soto in what will be his fifth solo exhibition at the gallery.

With a history of showing at the gallery for over a decade Soto returns with paintings and drawings that reinterpret elements of his life’s work. Viewing this series as a rebirth, he continues to transplant viewers to an alternate universe while going back to his roots and evolving iconic characters, such as yetis, reapers, robots and the Sotofish. He describes, “I always feel like an artist’s entire body of work should be fair game to use. My cast of characters and the worlds I create are The Sotofish Society.”

Soto depicts friendly creatures and personifications of earth’s forces that thrive in a dystopian environment plagued by the complexities of modern living. These otherworldly creatures roam the surreal landscape and are surrounded by overgrown greenery, deteriorating technology and overall societal decay. However, Soto’s use of vibrant colors and organic shapes evoke a sense of hope and effort to revitalize, communicating themes of family, nature, life, and death.

For this exhibition the artist focused on creating work based on instinct and emotion, resulting in dynamic paintings with many layers, silhouettes and design elements. Along with acrylic compositions on wood and paper, The Sotofish Society will include a selection of watercolors, which are rarely exhibited, as well as limited edition relief prints. By merging a refined selection of graffiti and mixed media techniques, Soto continues to bridge the gap between street art and pop surrealism. 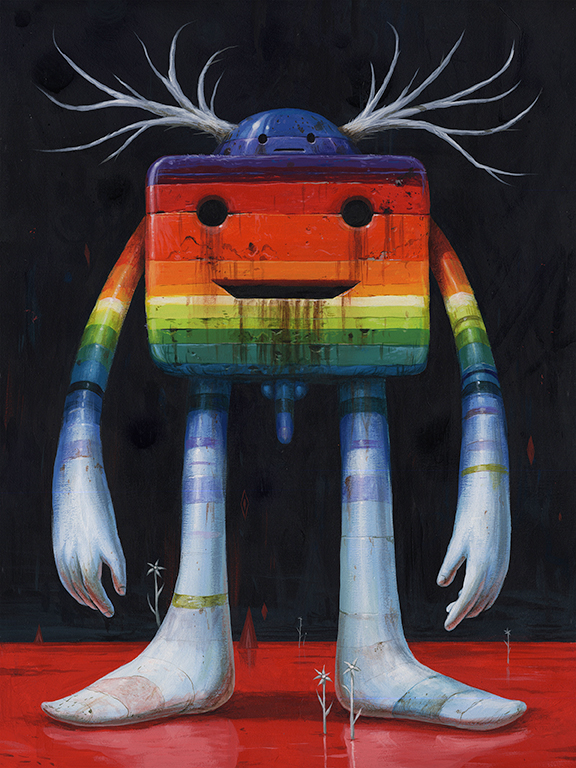 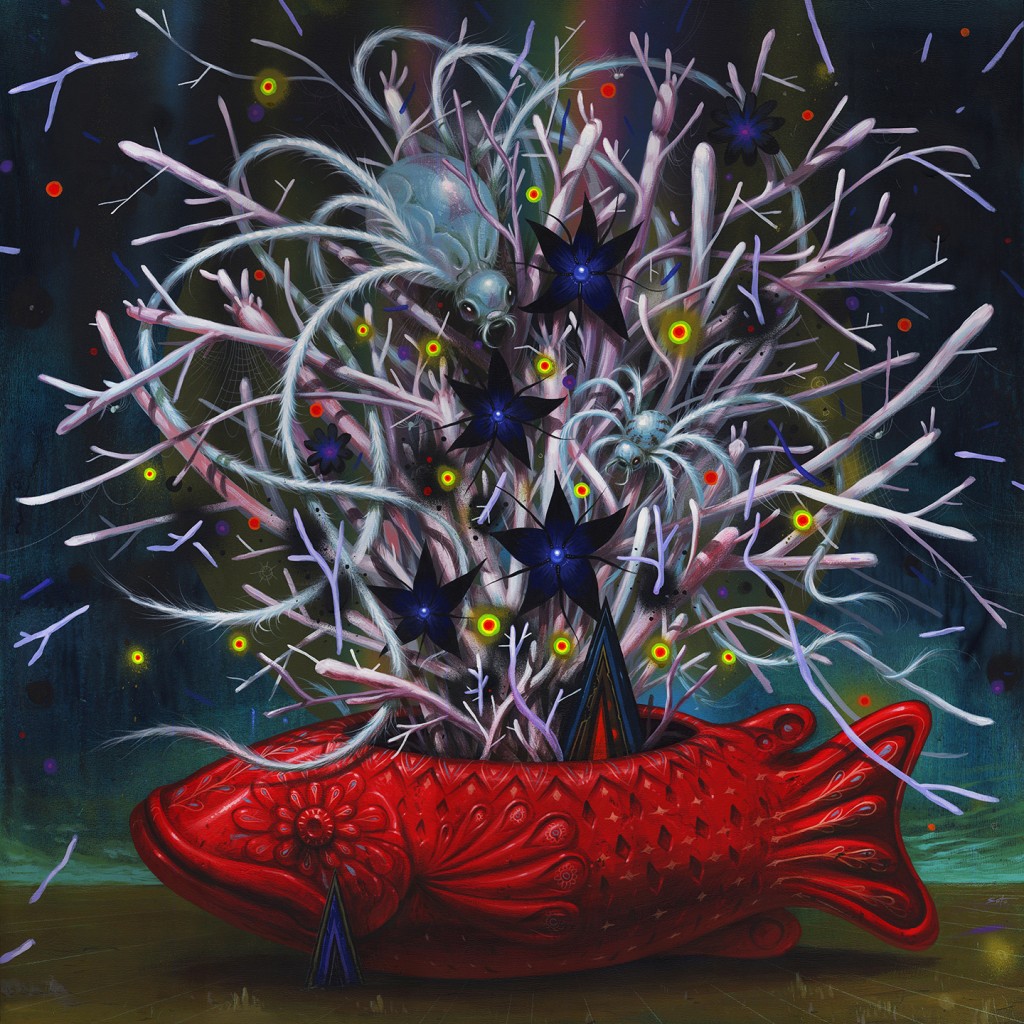 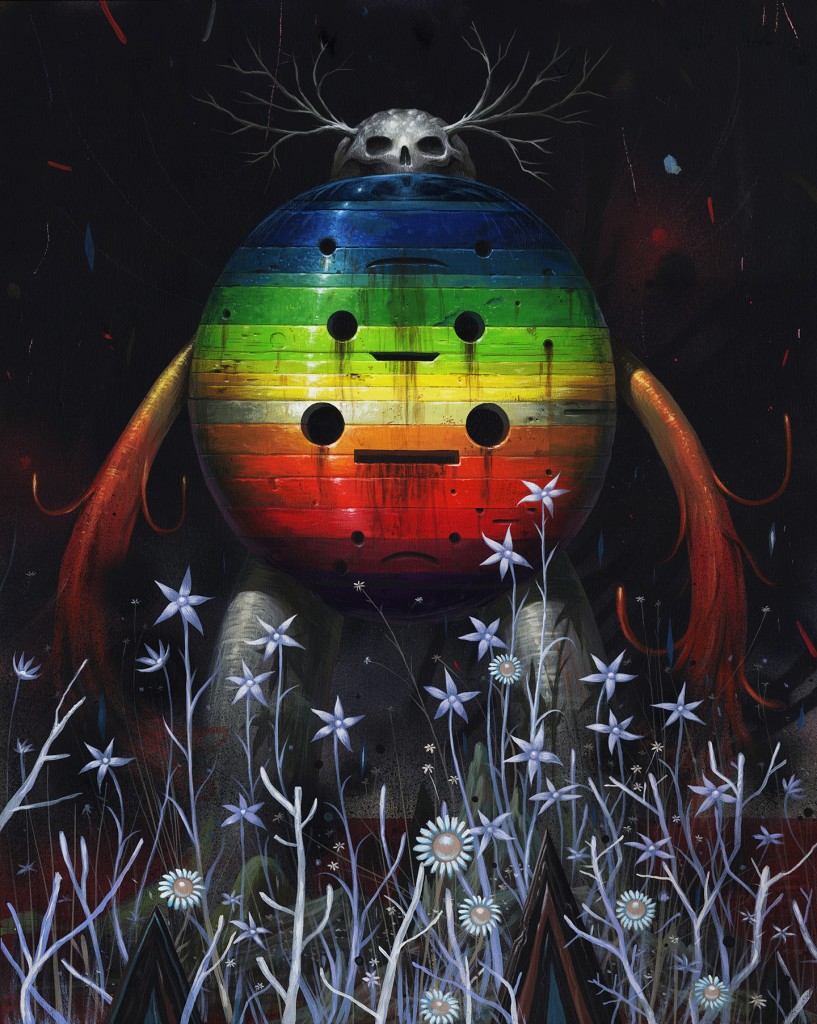 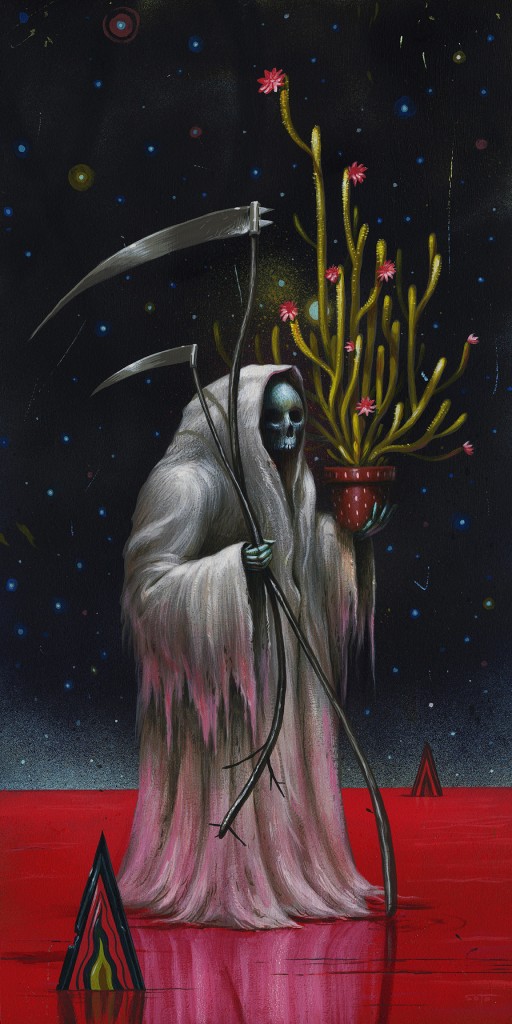