It's Wonderful Your Demons Came Today

Jonathan LeVine Projects is pleased to present It’s Wonderful Your Demons Came Today, an exhibition of new work by Brett Amory in what will be his fourth solo show at the gallery.

“Myths are the world’s dreams. They are archetypal dreams and deal with great human problems. Myths and dreams come from the same place. They come from realizations of some kind that then have to find expression in symbolic form.” – Joseph Campbell

In his latest series of paintings and sculpture, It’s Wonderful Your Demons Came Today, Amory takes a drastic departure from his previous work to discuss personal explorations of philosophy, comparative mythology and religion, and the collective unconscious.

The artist’s previous bodies of work, Waiting and Twenty Four, focused on society’s relationship to the urban environment while investigating the banality of modern living. Through a series of abstracted paintings (Waiting) and anthropological mixed-media sculpture (Twenty Four), Amory depicted the contemporary human condition both representationally and literally. In contrast, It’s Wonderful Your Demons Came Today eschew these representational portrayals in favor of more abstracted explorations that contrast the artist’s formal training while also inverting the subject matter to internal introspection.

In this new body of work Amory examines a variety of existential questions while also exploring the internal struggles that define both the artist’s psyche and the universal human condition. Each piece in the exhibition contemplates what it is to be human through a personal survey of indecision, obsession, loss, suffering, desire and fear. Simultaneously, Amory illustrates a syntheses by also exploring antithetical ideas of rebirth, redemption, growth, awareness, consciousness, and oneness in this highly autobiographical body of work.

A theme of universality intertwines the ten paintings and various sculptures in this show. Both contrasting and complimentary philosophies are depicted side by side, drawing influence from the Eastern teachings of Thích Nhất Hạnh’s Engaged Buddhism and Pema Chodron’s Shenpa Syndrome alongside Western concepts of the Platonic Ideal and the Jungian structural model of the psyche.  Slipping even further into the subconscious and unconscious realms, Amory’s contemplative paintings pull the viewer back and forth between a dreamlike state and the “chattering roommate” of distraction. These alternating planes are portrayed through a lens that blurs various moments and memories of the artist’s life with the viewer’s own.

The cumulative sum of these multifaceted influences find partial realization through the depiction of various totems and signs scattered throughout the work. These symbols are presented in a manner that is open to the viewer’s interpretation, and intentionally so, but also find root in a deeply autobiographical experience. Simultaneously, references to art movements weave throughout the narrative giving these new oil paintings a timeless aesthetic that implies both intentional naiveté and a sophisticated historical survey of time and experience, both personal and universal. 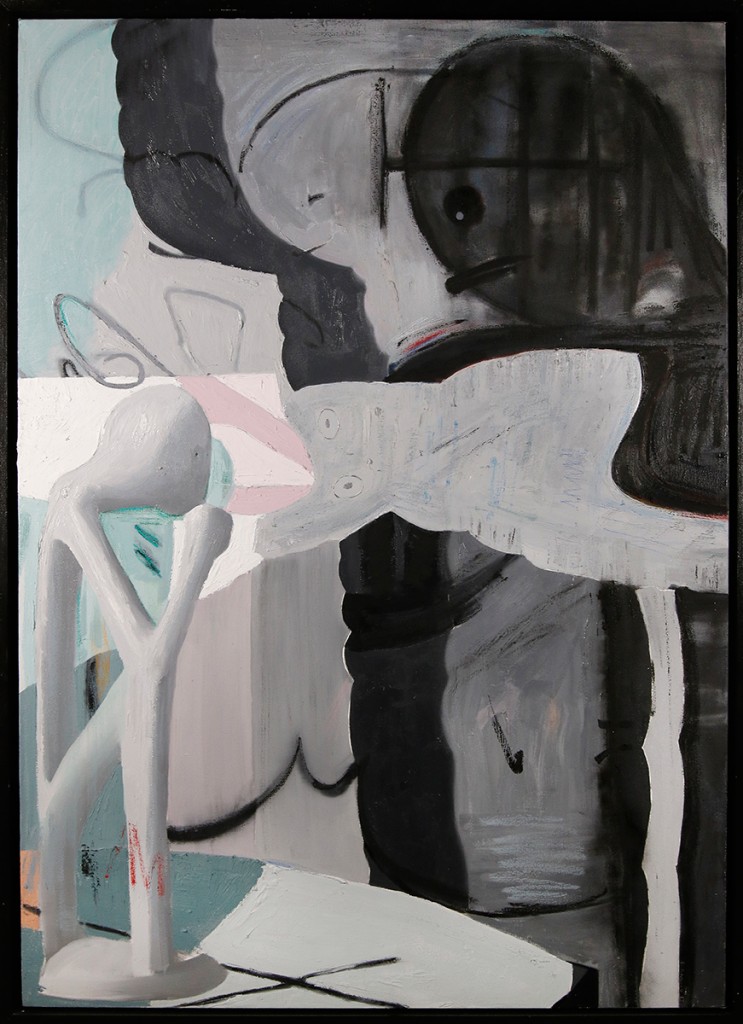 I Am Therefore I Think 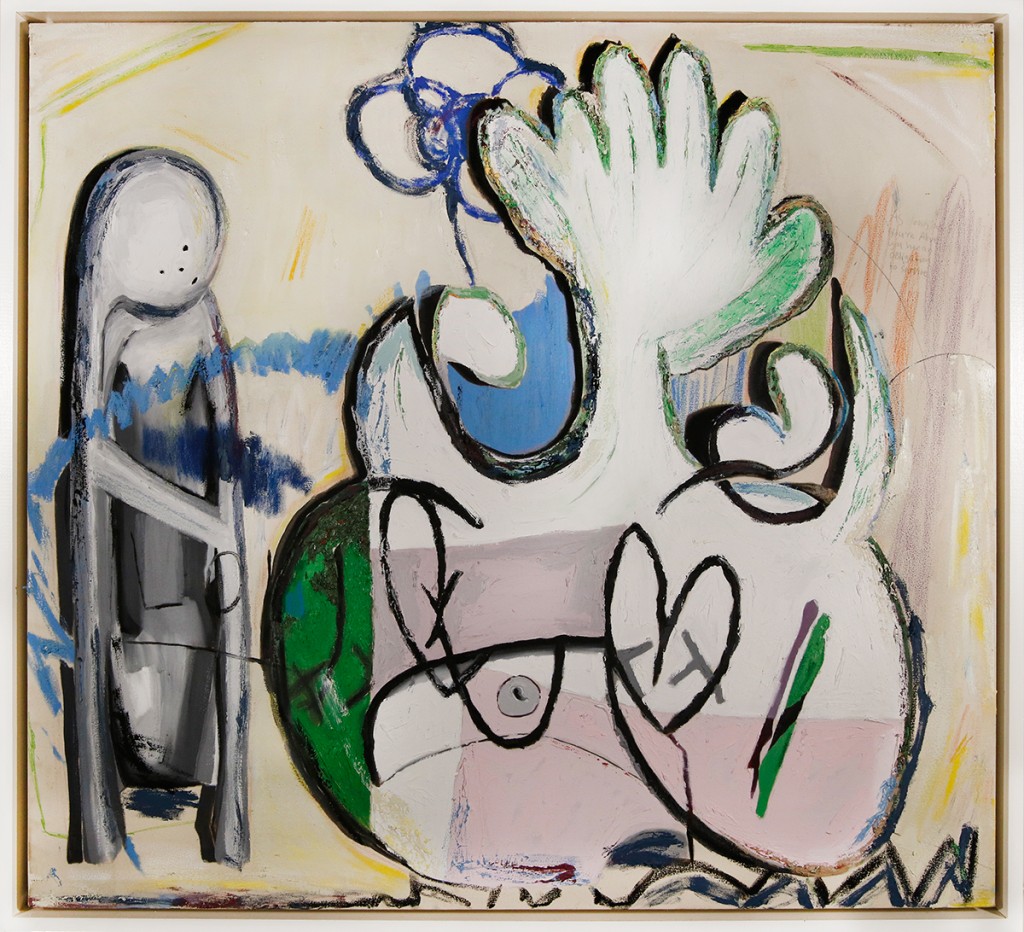 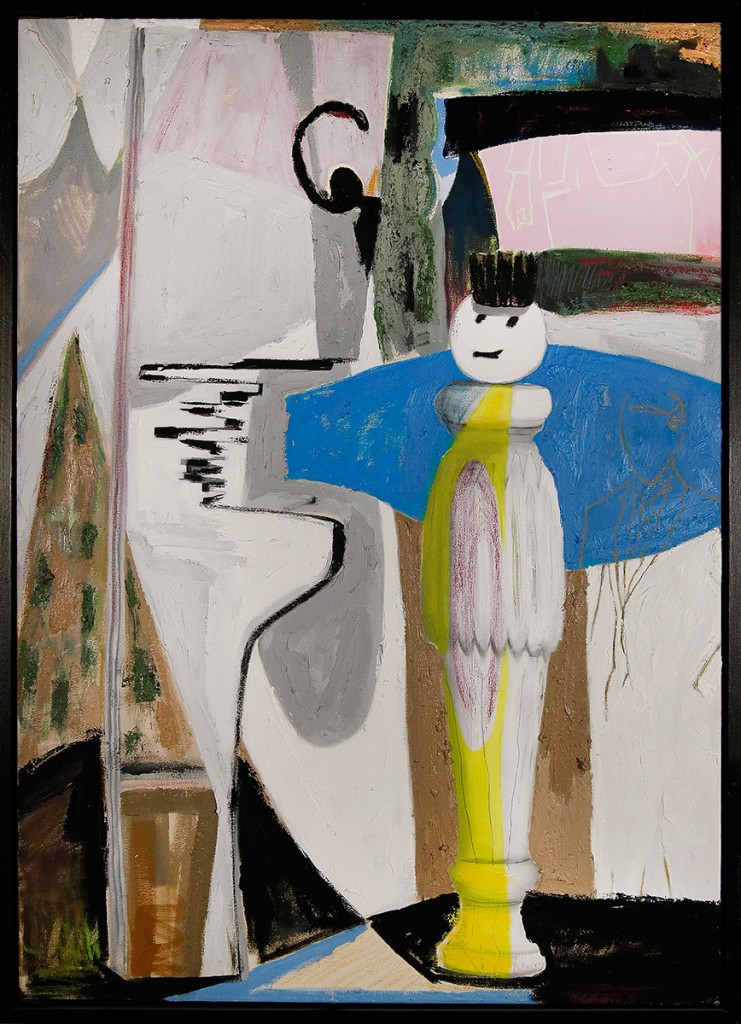