NEW YORK, NY (June 22, 2016) — Jonathan LeVine Gallery is pleased to present Fantasitcal Romanticism, a solo exhibition of new work by Pittsburg-based artist Andy Kehoe in what will be his fourth solo exhibition at the gallery.

“The artist should not only paint what he sees before him, but also what he sees in himself.” -Caspar David Friedrich, 19th-century German Romantic painter

Uninhibited by any sense of natural order, Kehoe is known for his mixed-media work of human-animal hybrids set in forested backgrounds. Inspired by the Romanticism movement of the 19th century and their emphasis on individuality, emotion, and drama, Kehoe has a similar intuition when creating otherworldly landscapes. With a focus on imagination and emotional response as the source of aesthetic experience, his fantastical imagery evokes a sense of wonderment by emphasizing the grandeur of nature.

Kehoe’s process is a precise method of painting on multiple layers of poured resin. This technique creates illusions of shadow and dimension, adding a deeper level of enchantment between his subjects and their environment. For his new series, Kehoe continues to push the boundaries of this unique medium. By including elements sculpted with polymer clay, as well as incorporating a broader color palette and experimenting with different textures, Fantastical Romanticism is a culmination of his life’s work both technically and thematically.

The artist describes his tableaus by stating the following: “I inhabit my worlds with strange creatures and like many of the subjects in Romantic paintings, they are often dwarfed by the nature surrounding them. Sometimes the creatures are bringing you into the scene with a straight gaze and other times they are facing away so that you can share that contemplative moment with them. There is always a harmony and symbiosis between the characters and the natural surroundings, with the giant creatures themselves sometimes acting as natural wonders. I love the idea of a living, breathing wonder roaming the landscape.”

Andy Kehoe was born in 1978 in Pittsburgh, Pennsylvania, where he currently lives and works. In 2003, he received a BFA in Illustration from Parsons School of Design in New York. His paintings have been exhibited in galleries and museums across the country including Los Angeles, Seattle, New York, Chicago and Portland. 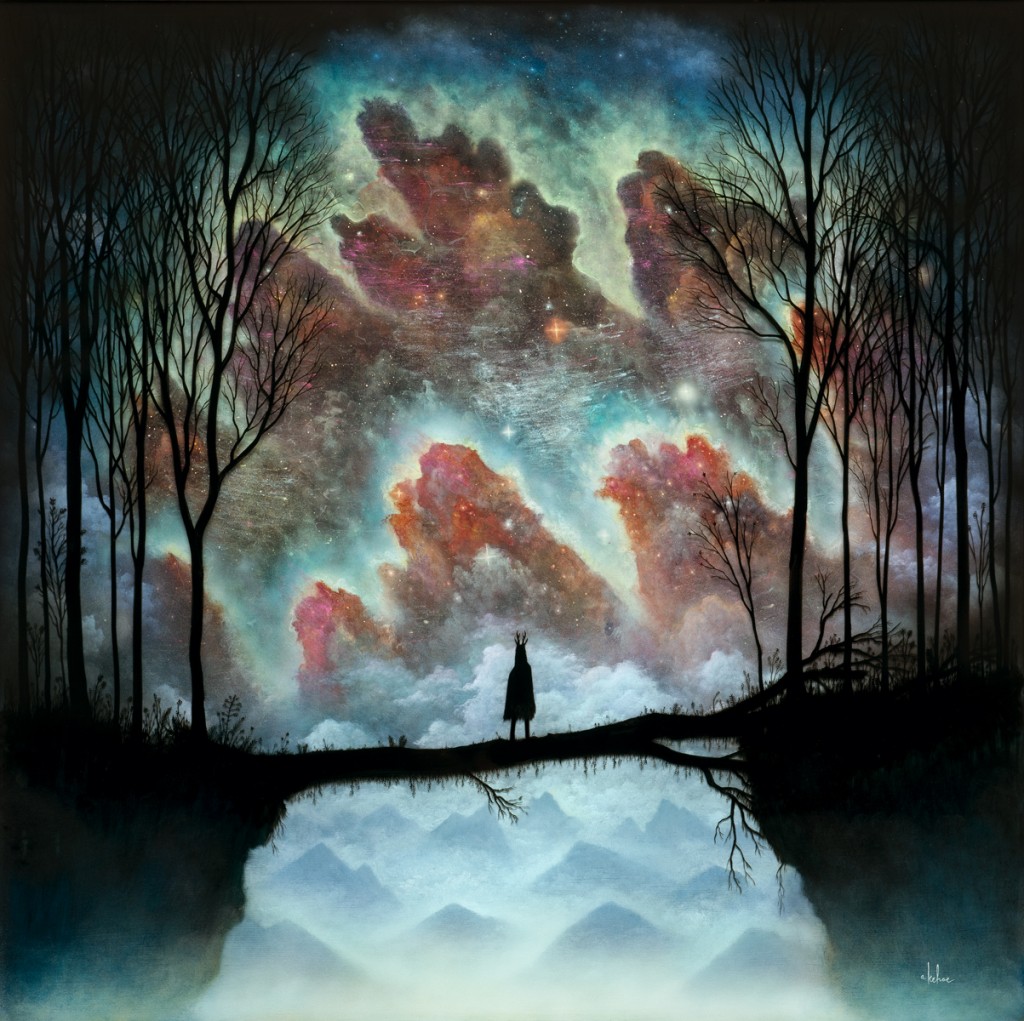 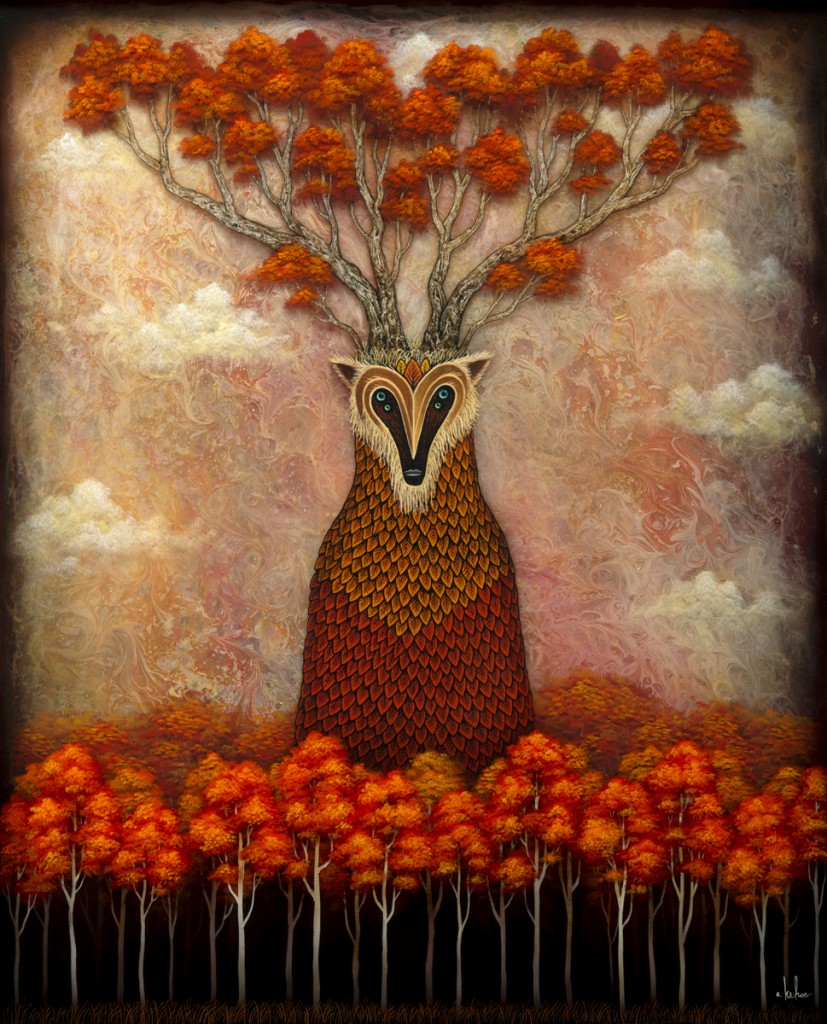 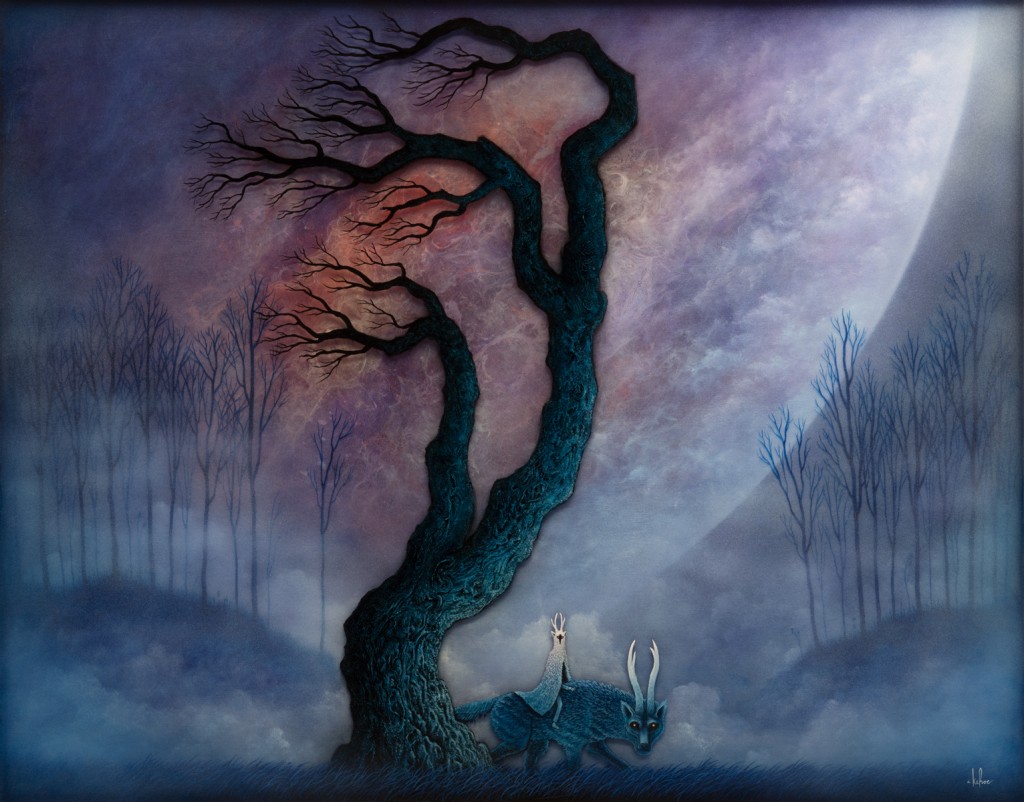