NEW YORK, NY (May 14, 2016) — Jonathan LeVine Gallery is pleased to present Mountain Full, a solo exhibition of new work by Los Angeles-based artistAndrew Hem in what will be his debut solo exhibition in New York City.

Born during his parents’ flight from Cambodia in the wake of the Khmer Rouge genocide, Hem’s upbringing was influenced by the rural heritage of his ancestors and the urban sensibility of Los Angeles, where his family came to reside. Positioned within these cultural dichotomies fostered an aesthetic inspired by graffiti, as well as tribal and supernatural imagery. Describing his compositions as dreamlike memories inspired by personal experiences, Hem’s ethereal paintings function as a window overlooking the invisible realm of the human spirit.

For Mountain Full, Hem was inspired by the action of leaping, depicting many of his stylized subjects hovering or plummeting over expressionistic landscapes. Like snapshots taken from a dream, his surreal figures and environments retain familiar elements but are otherworldly, existing one step outside of everyday life

Hem elaborates, “I love creating worlds that do not exist. A world where people don’t care about others’ appearance, and nobody has to worry about fitting in or being an outcast. Where everyone is accepted. No necks, long arms, no nose, blue faces are all normal. This is a world that doesn’t exist, and that’s why I love creating it. I’ve experienced and witnessed too many times where people are disgusted with what is different.” 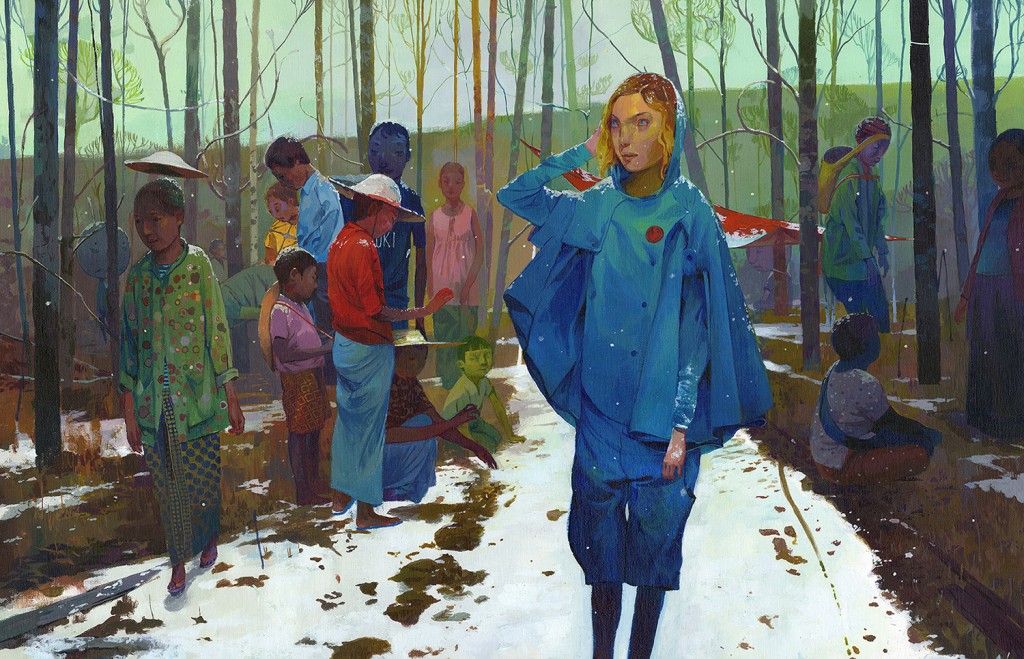 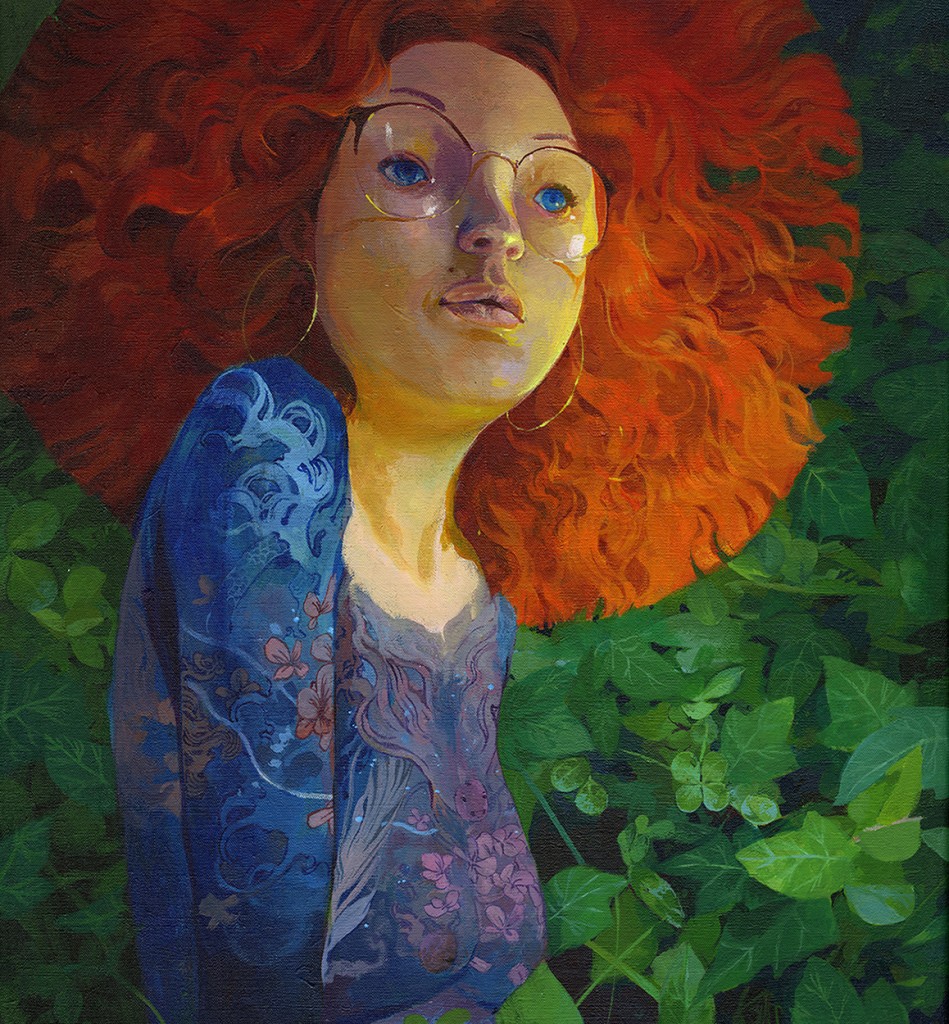 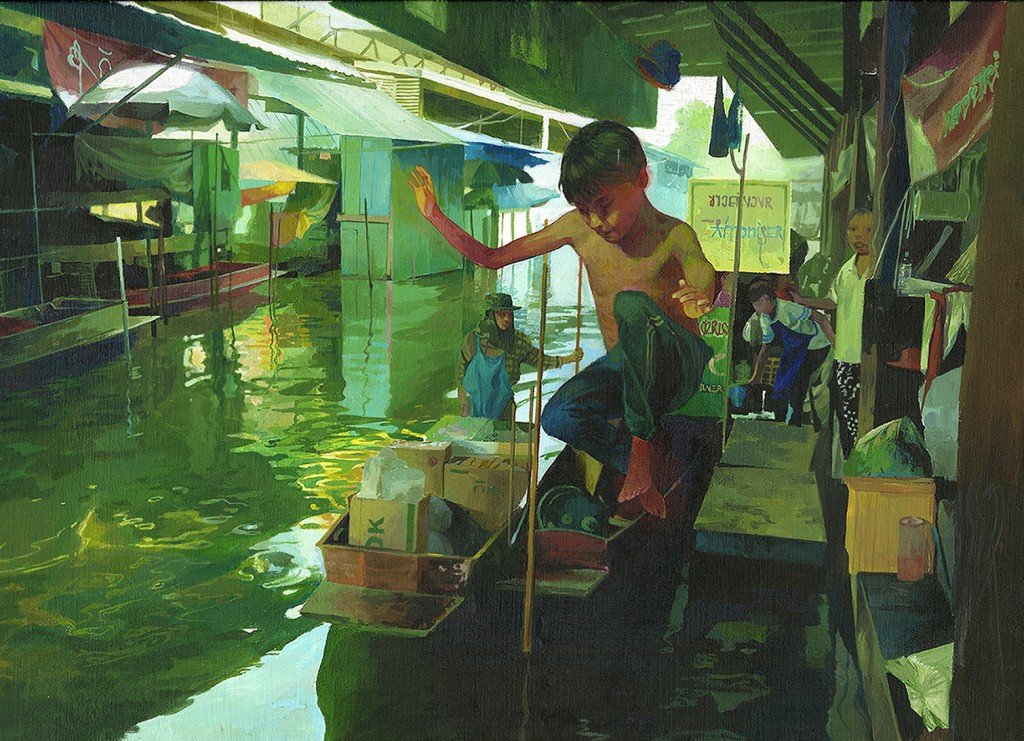