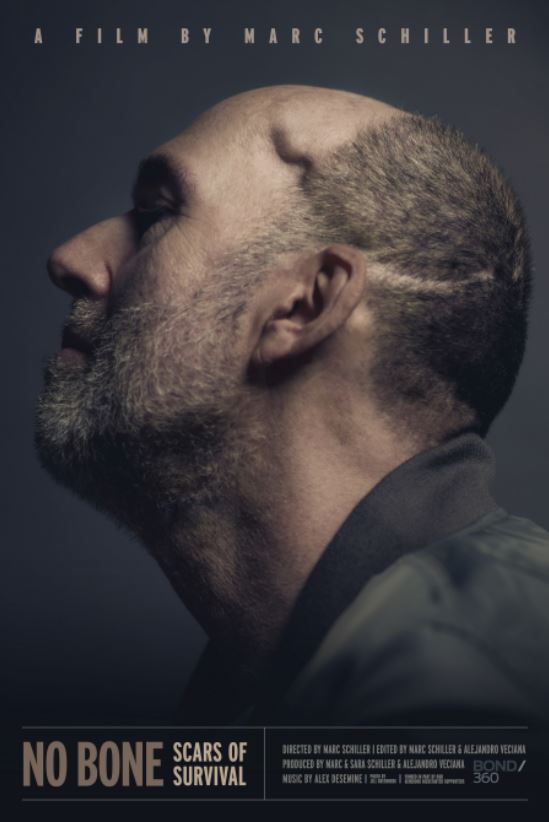 If you’re a fan of street art, you have Marc Schiller to thank for being a pioneer of making it a mainstream genre.  We’re excited to announce his documentary film, No Bone: Scars of Survival, is making its NYC debut next week at the ReelAbilities Film Festival. 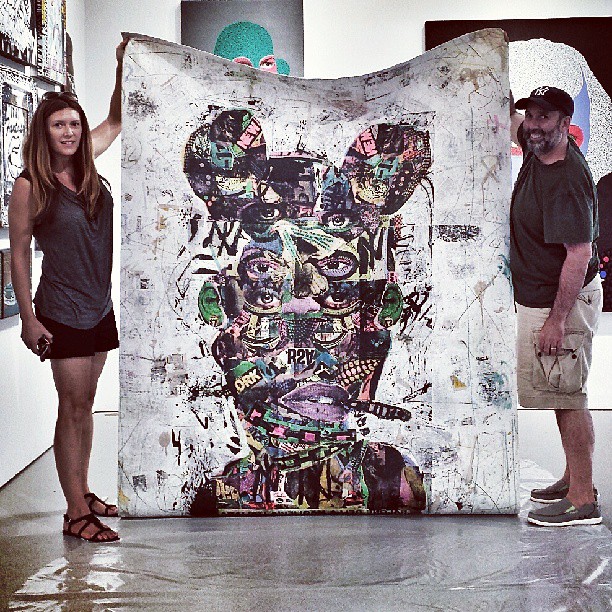 In 2001, after witnessing the rise of ephemeral art on the streets of New York City, Marc and his wife, Sara Schiller, founded Wooster Collective to document the ever-changing face of their downtown Manhattan neighborhood. In 2003, they started the website woostercollective.com out of a genuine desire to share these images with the world. Their site was ahead of its time and is a voluminous archive you can still search today. 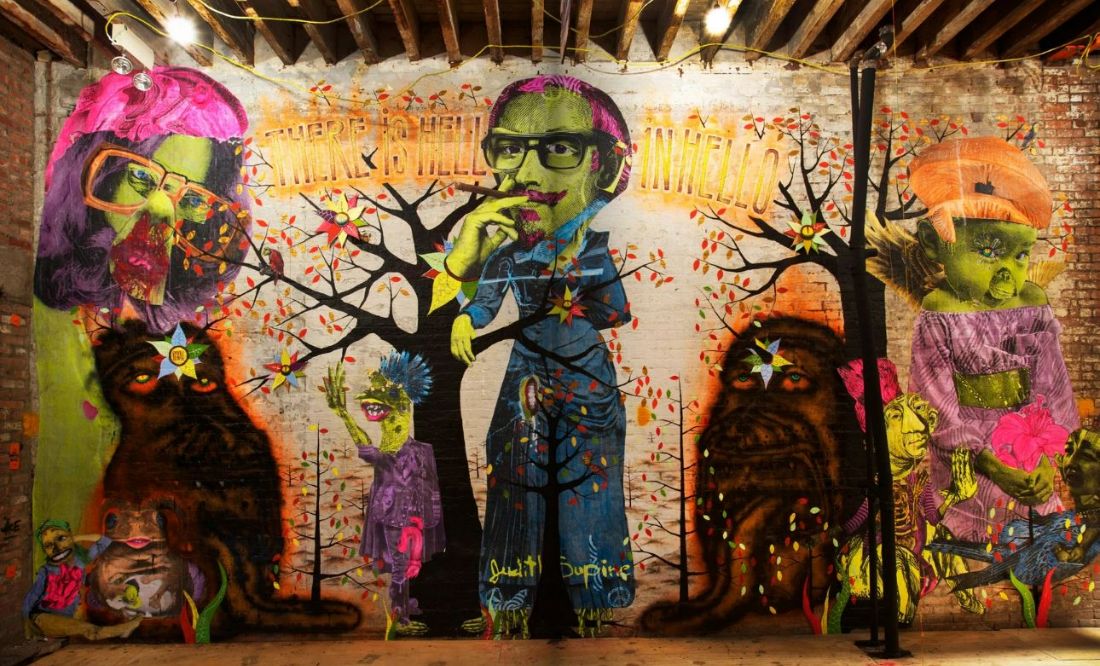 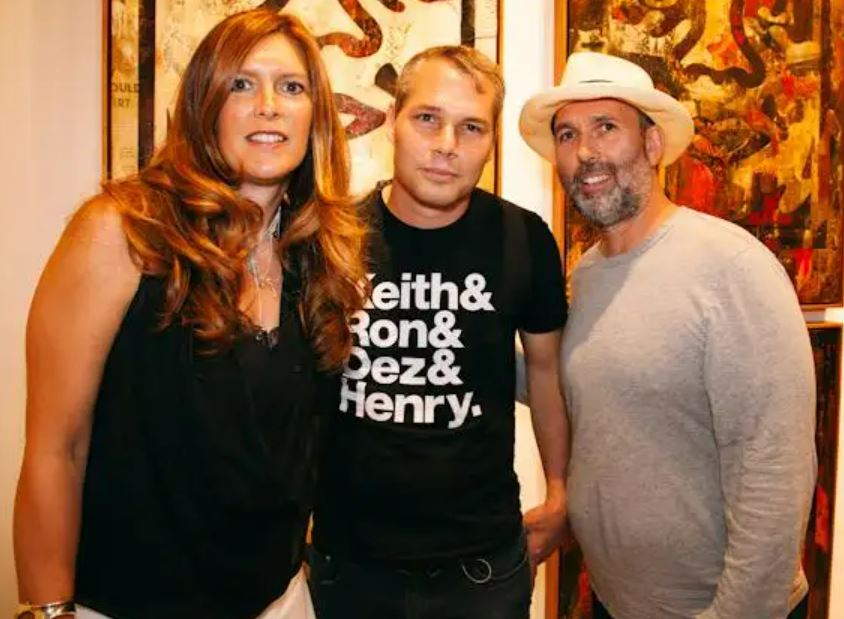 In 2013, Jonathan LeVine Gallery exhibited 10 Years of Wooster Collective, a group exhibition curated by the Schiller’s that celebrated urban art and the diversity of creativity that exploded internationally during the first decade of the 21st century.

Two years after the Wooster Collective exhibition, Marc Schiller’s life drastically changed when two major strokes left with him with aphasia and cognitive deficits. From day one in the intensive care unit, his family and Marc himself, have been documenting his arduous recovery. No Bone: Scars of Survival is the culmination of Marc’s chronicles of his battle towards recovery, as well as interviews with close friends, family, and colleagues.

No Bone: Scars of Survival is available to stream through April 13th through the ReelAbilities Film Festival. Click here to purchase and here to watch the trailer. 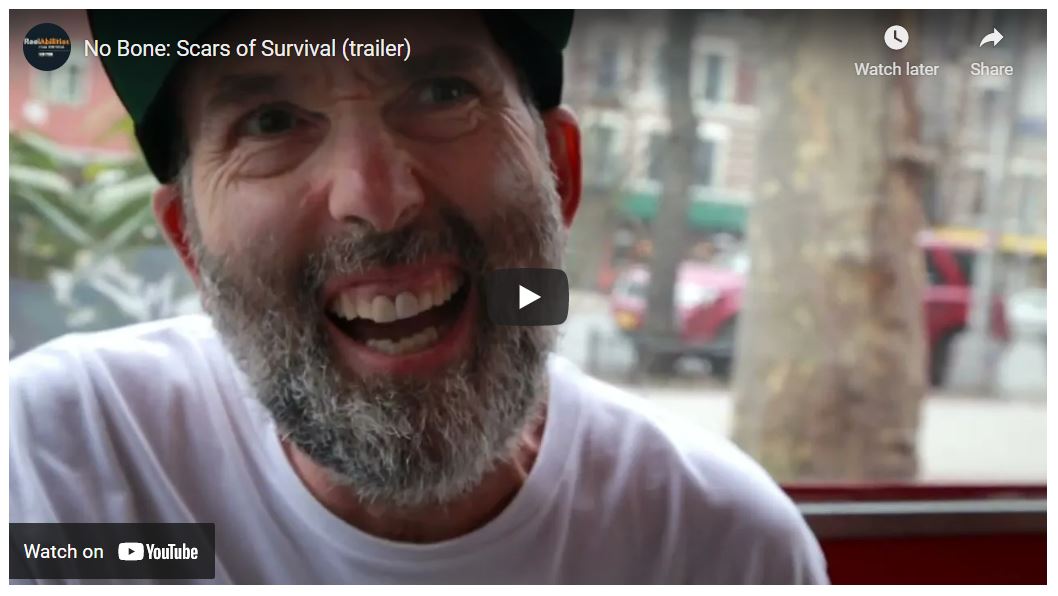 Olek was featured on CBS News on July 22, 2011. This video clip features the artist…

Bloomberg News posted a little video interview on artist David Choe, talking about when he…