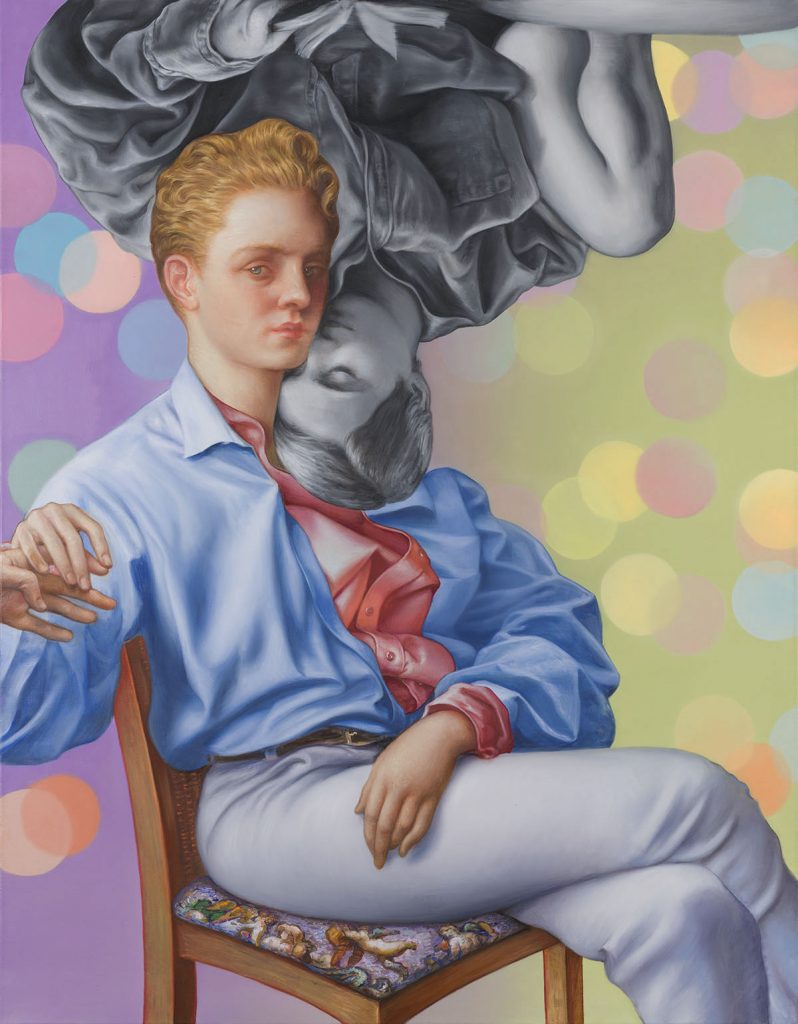 Jamie Adams offers striking oil paintings that “present the artist’s reconstruction of scenes from his father’s youth” in the new show Blondie Bubba at Jonathan Levine Projects. The works blend the influences of varying artforms while examining the idea of memory. Adam was featured in Hi-Fructose Vol. 40.

“Developed from the rather disparate sources of family folklore, his father’s fading memory, and the artist’s dreams, these narratives have become realized as complicated, layered fictions with images depleted, histories mixed, and characters in a state of flux,” a statement says. “He constructs his painted images to consciously mirror cinematic tropes—projection, montage, and celebrity personae—as a way to insinuate a kind of complication or disturbance. Adams exposes his own mechanics using a diversity of visual effects, culling through paint, lens, and screen histories—from painting’s mannerist swirly figures of the Fontainebleau to cinema’s rear projection fantasies. Increasingly their intrusion or mediation affect a redressing of the figural form.”

The show runs through June 9 at the gallery. See more work from the show below. 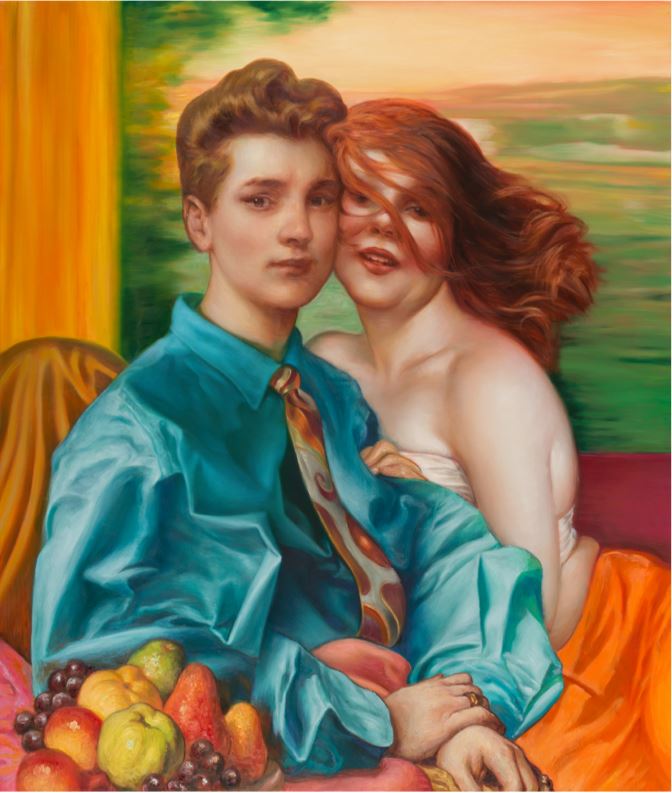 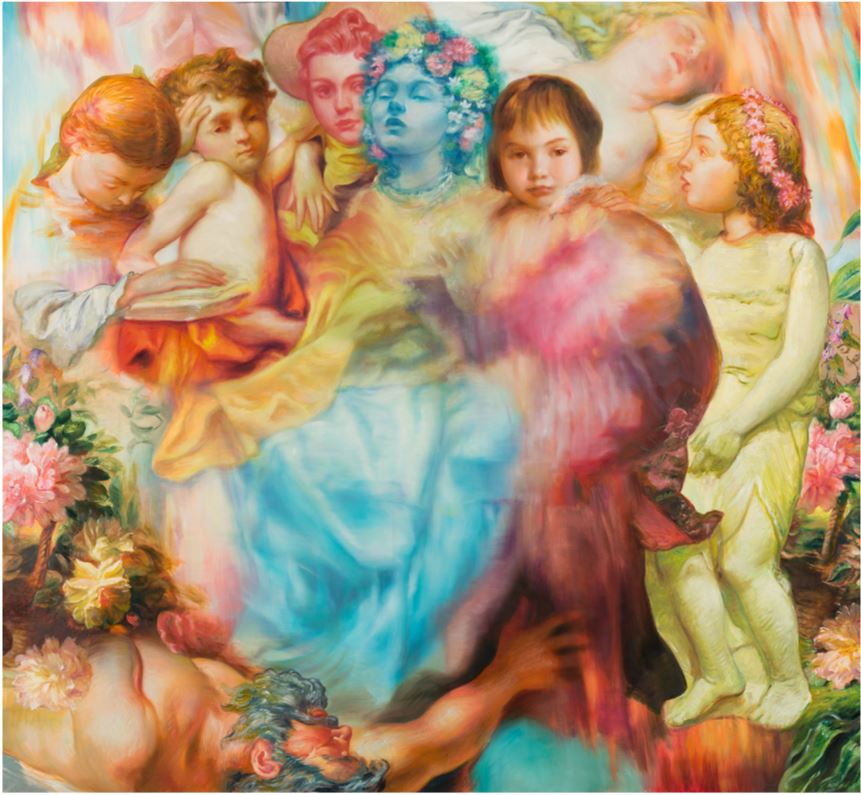 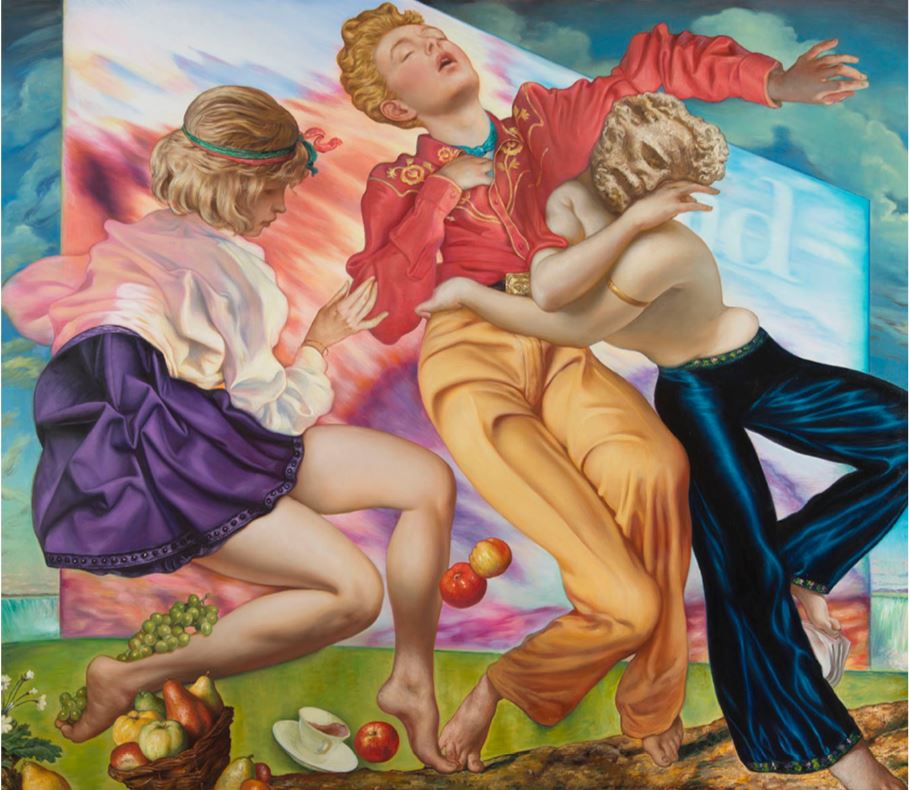 Artist Jim Houser is featured in Volume 17 of Hi-Fructose Magazine, released in October, 2010.

Artist AJ Fosik is featured in the Volume 18 issue of Hi-Fructose. On the cover and…