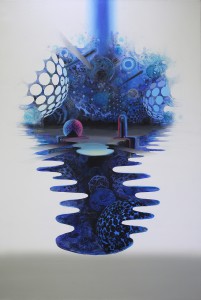 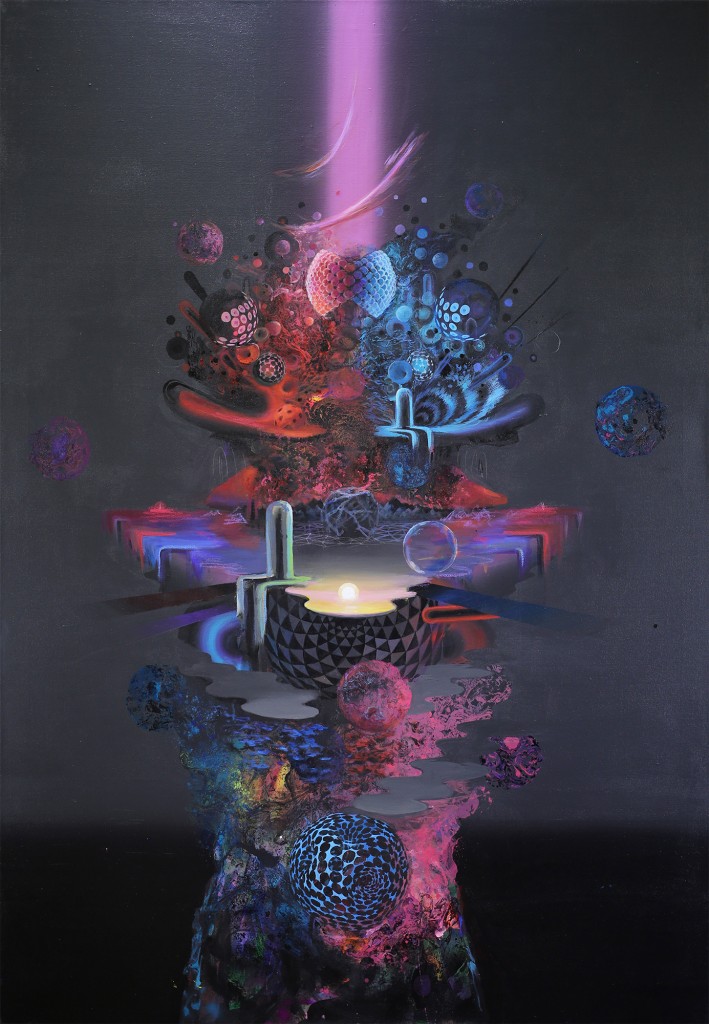 The gallery says that although he’s been around for decades, he’s just “getting started” in a new chapter of his career. “Unlike his past realistic figurative work, his new imagery stems entirely from his imagination and is the result of laborious studies: painting and rearranging over and over to develop a new visual vocabulary,” the gallery says. 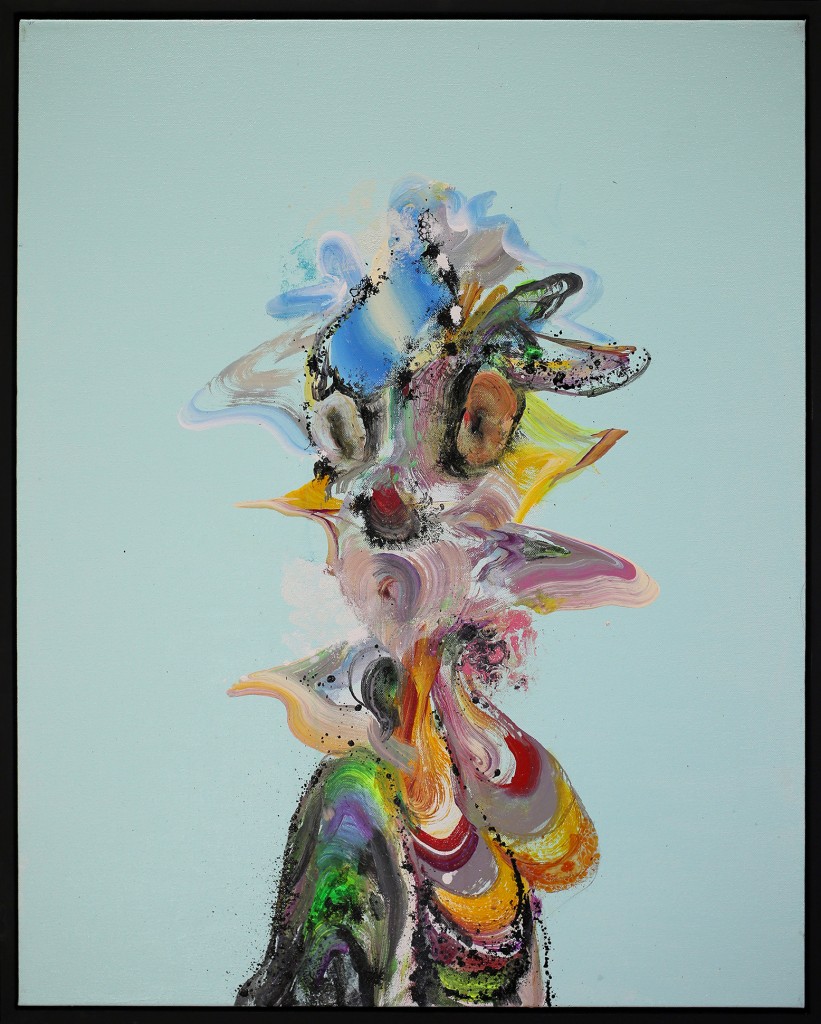 These new works are created with acrylics, latex and aerosol paint. The result is a visual language that moves between the geometric and the seemingly organic. The artist has said this, when reflecting on audience interpretation of these current works: “When someone understands one of these paintings, it’s like they’re hugging me really deep from inside,” he said. 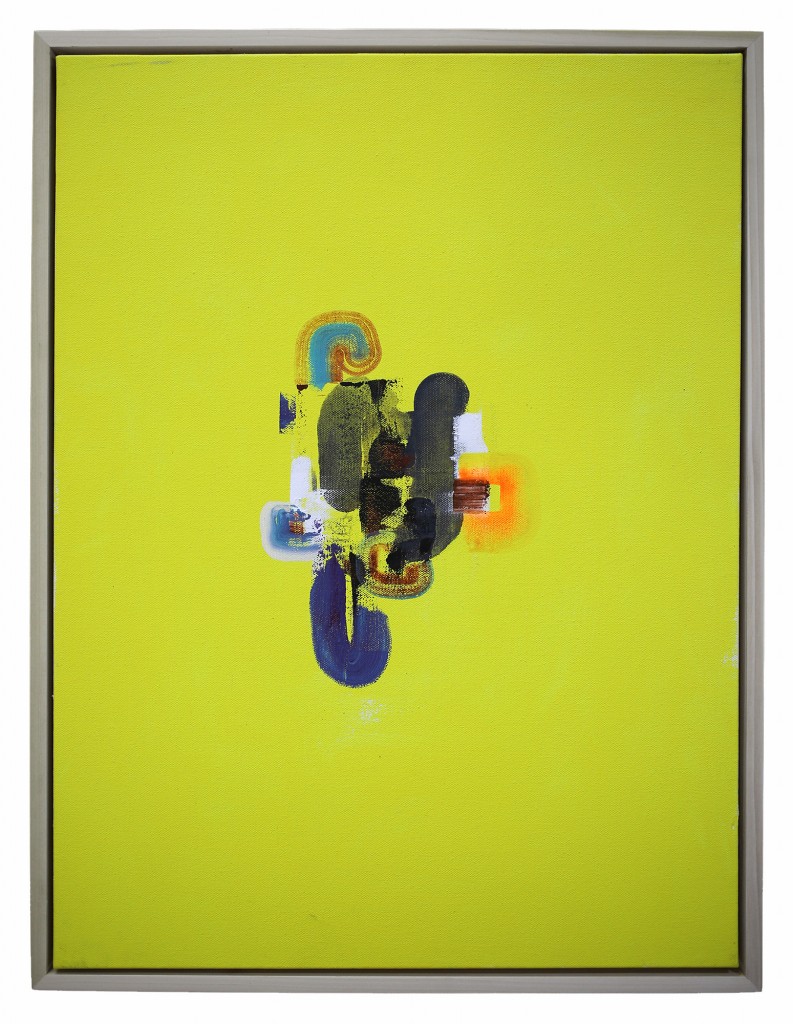 You wouldn't want to miss the first party of 2007, would you?

Artist Jim Houser is featured in Volume 17 of Hi-Fructose Magazine, released in October, 2010.