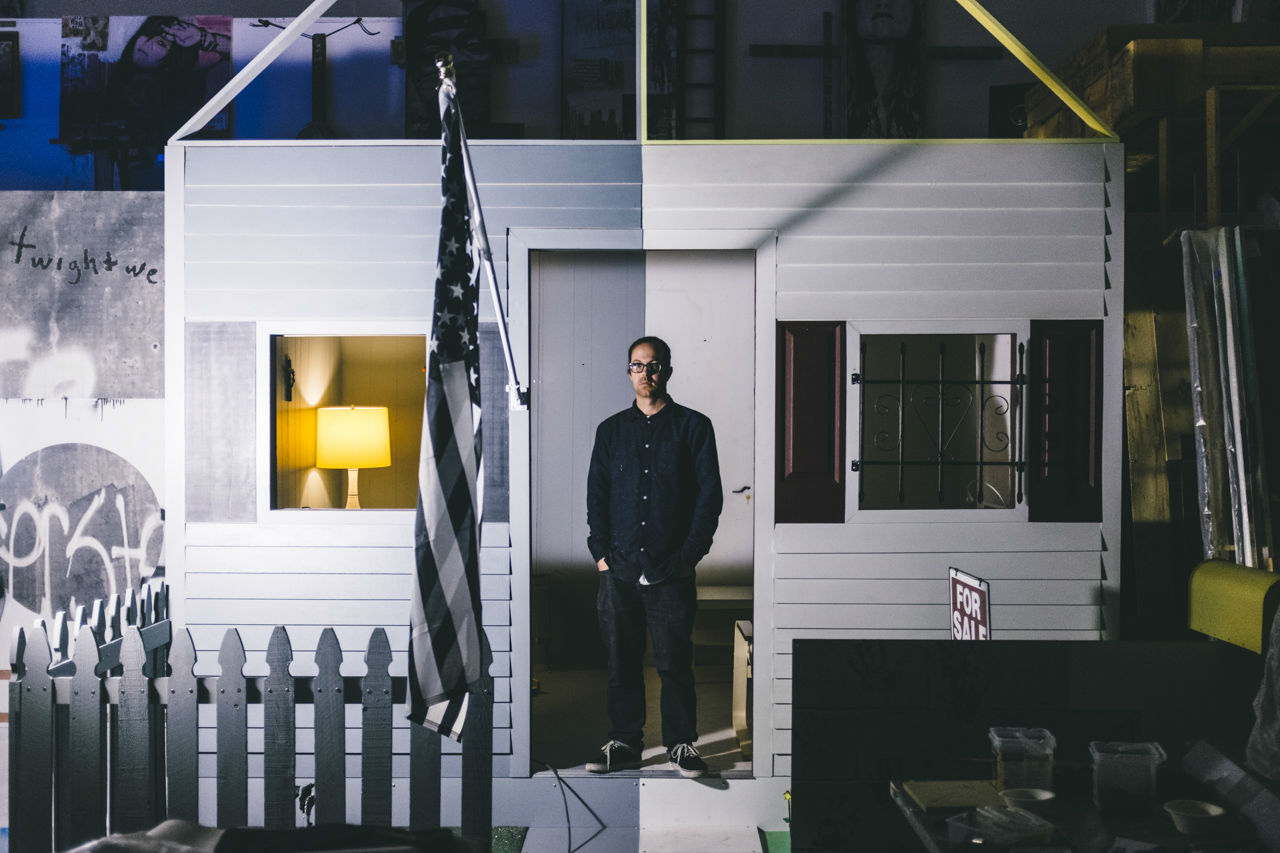 In his new body of work at Ft. Wayne Museum of Art, Brett Amory illustrates his ideas and musings about Fort Wayne. Indiana has been dubbed “the crossroads of America,” and Fort Wayne is one of the main reasons for this namesake.

The city was founded for its close proximity to three major rivers: the Saint Joseph, the Saint Mary’s, and the Maumee. These rivers served as the catalyst for trade, and Fort Wayne became known as a major city. Further development resulted from the Erie Canal, train infrastructure, and the Lincoln highway. This traffic through Fort Wayne brought commerce and culture, helping it develop into the modern city it is today.

Amory’s new work is based on the people and places of Fort Wayne, and is accompanied by a large installation that challenges what it means to be an “All-American City” and the concept of the American Dream. The installation will be constructed here during the month of November, allowing the public to watch Amory work.

Additionally, Amory will be placing pieces of work throughout the city, expanding his interaction with the Fort Wayne public.

Further, Amory’s monologue about Fort Wayne serves as a contemplation about ‘All-American’ cities that have undergone similar struggles and victories. His sculptural use of colorful flowers growing beside a “For Sale By Owner” sign shines light on the determination to rise above negative circumstances and surmount improbable circumstances (be they natural disasters or man-made catastrophes).

Amory’s illustration American Dream, his largest to date, utilizes black, white, and gray to cast a shadow on the very notion of the American Dream. Many of us will remember how the American Dream and 1950s post-war optimism were characterized by television shows such as as Father Knows Best and Leave it to Beaver, both epitomizing the superficial nature of what we tell ourselves embodies the American Dream. The juxtaposition of Amory’s installation and paintings, combined with his use of symbolism, serves to ignite conversation about memories, community, and separation. Amory’s monologue exposes how past cultural decisions have shaped the present, and how present decisions will influence the future of our communities. 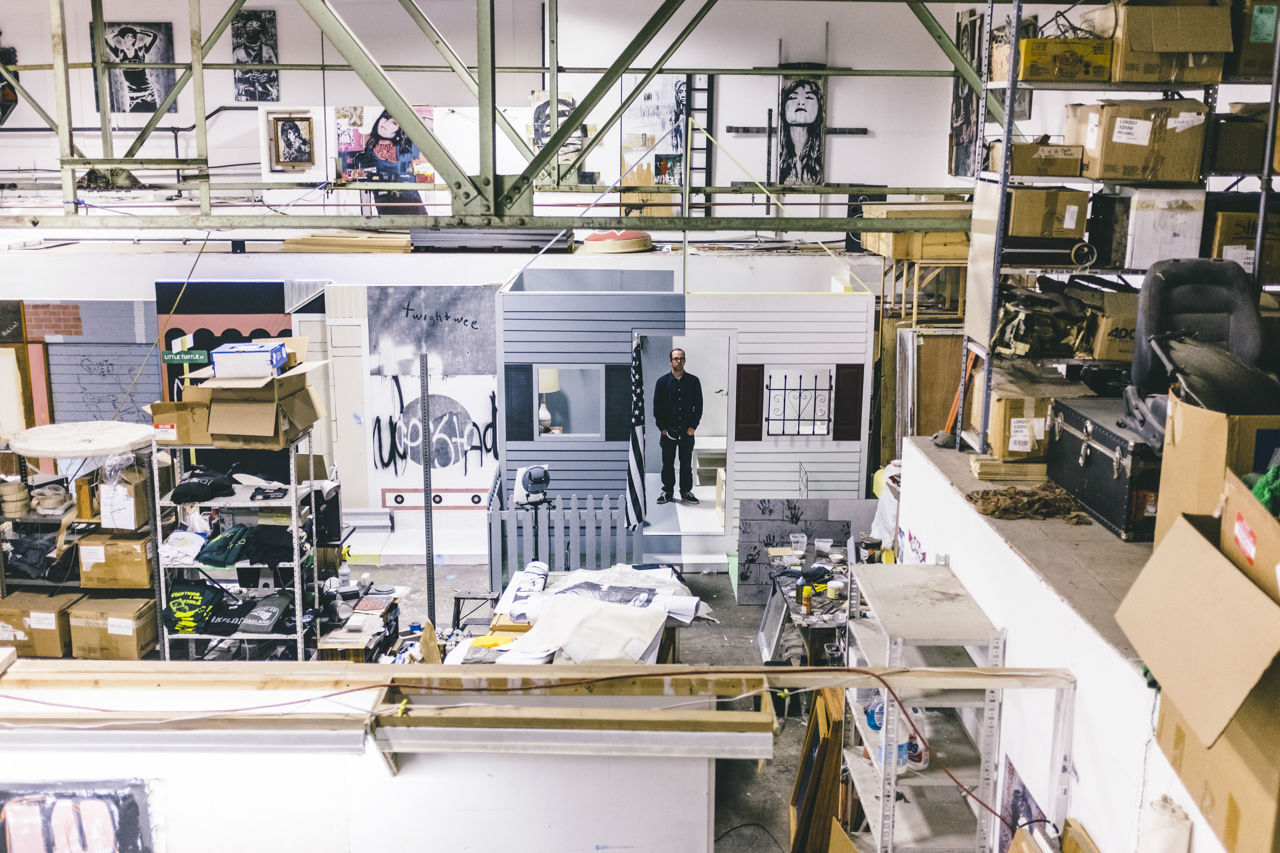 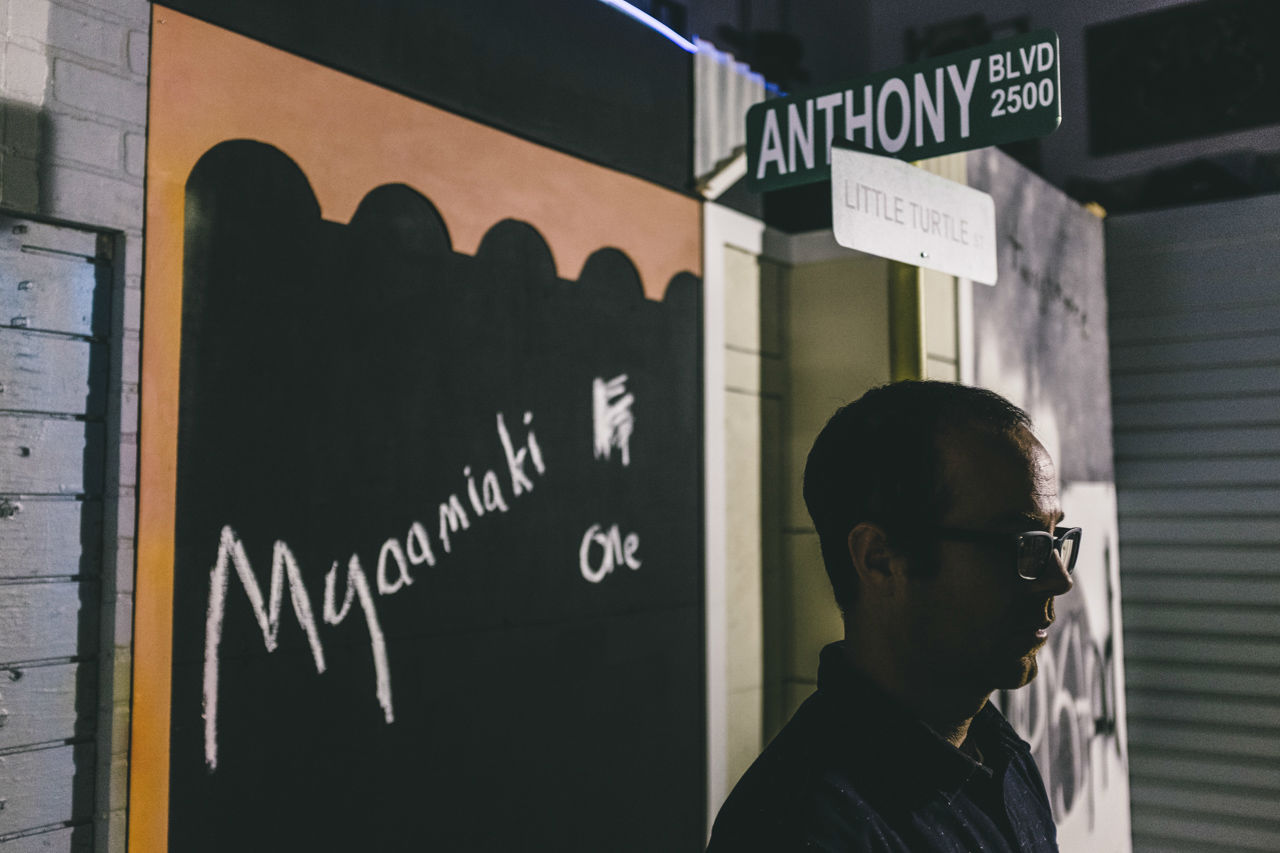 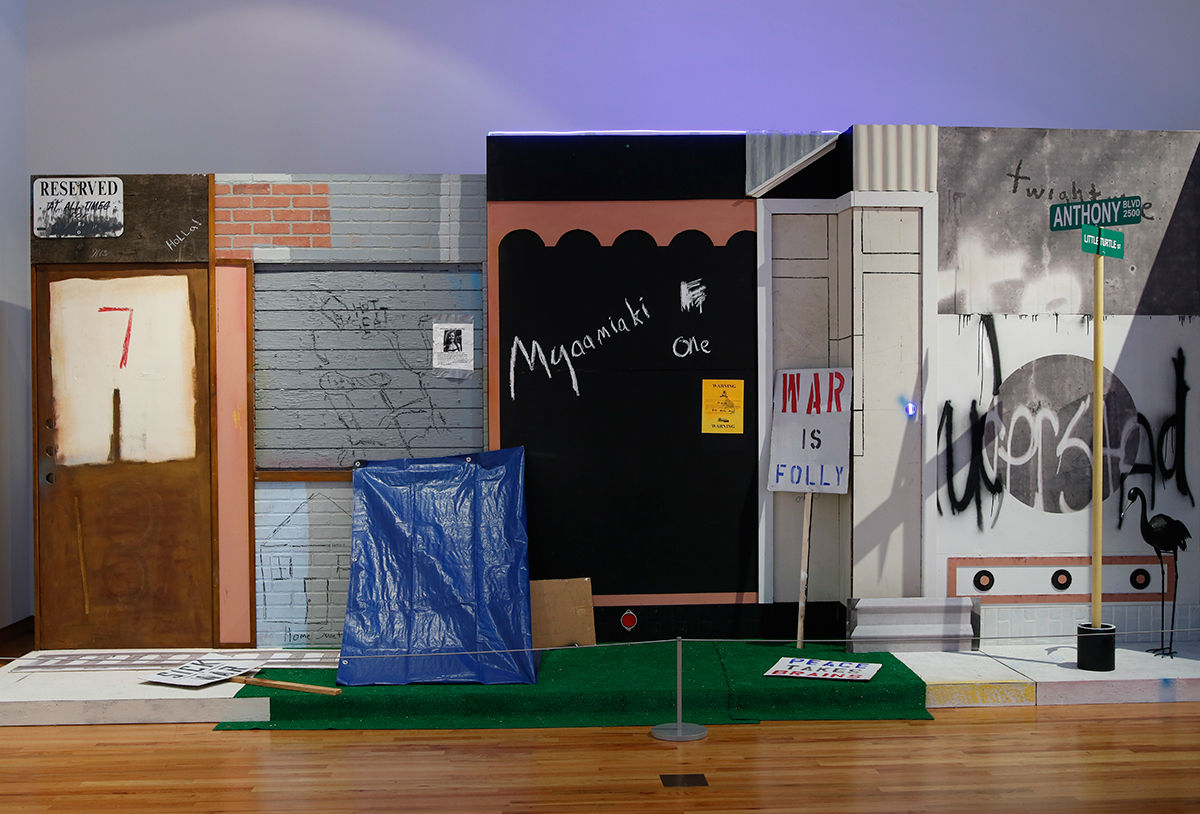 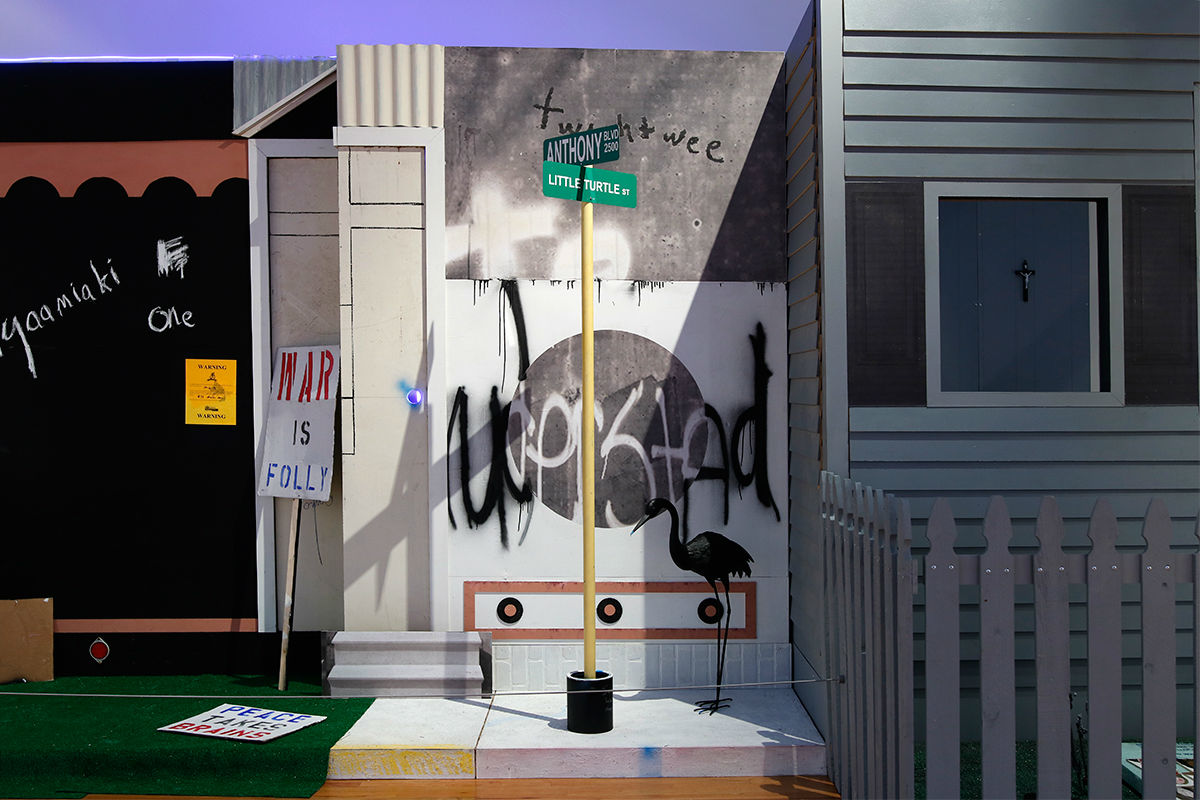 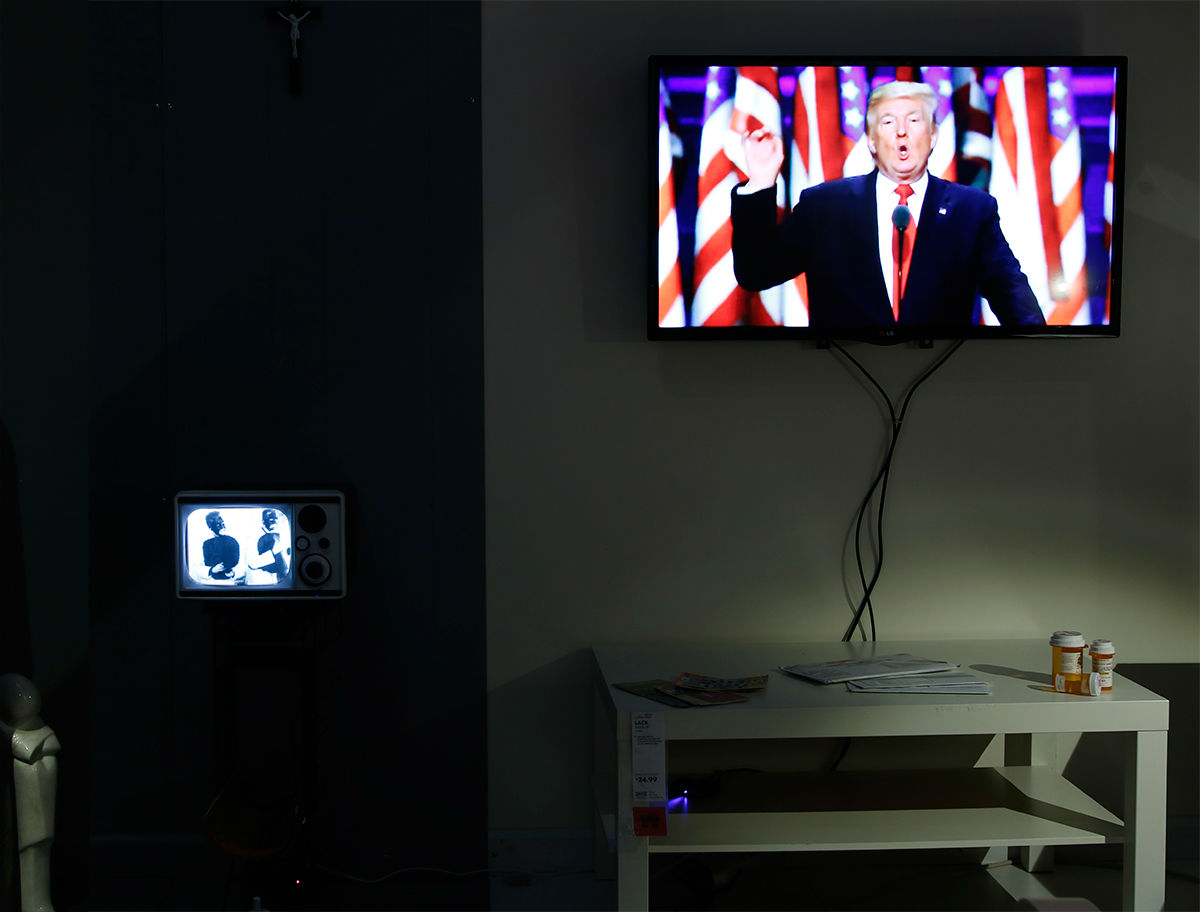 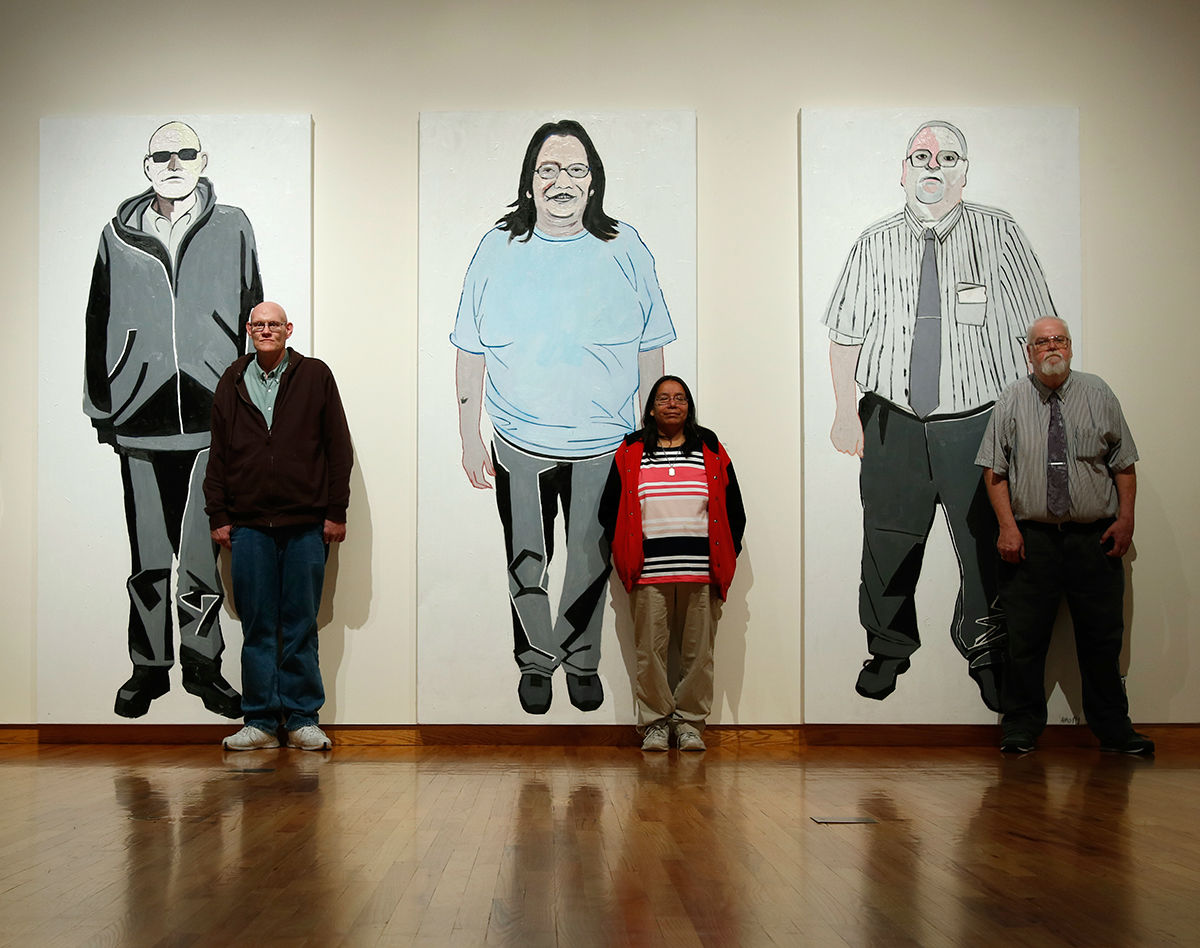 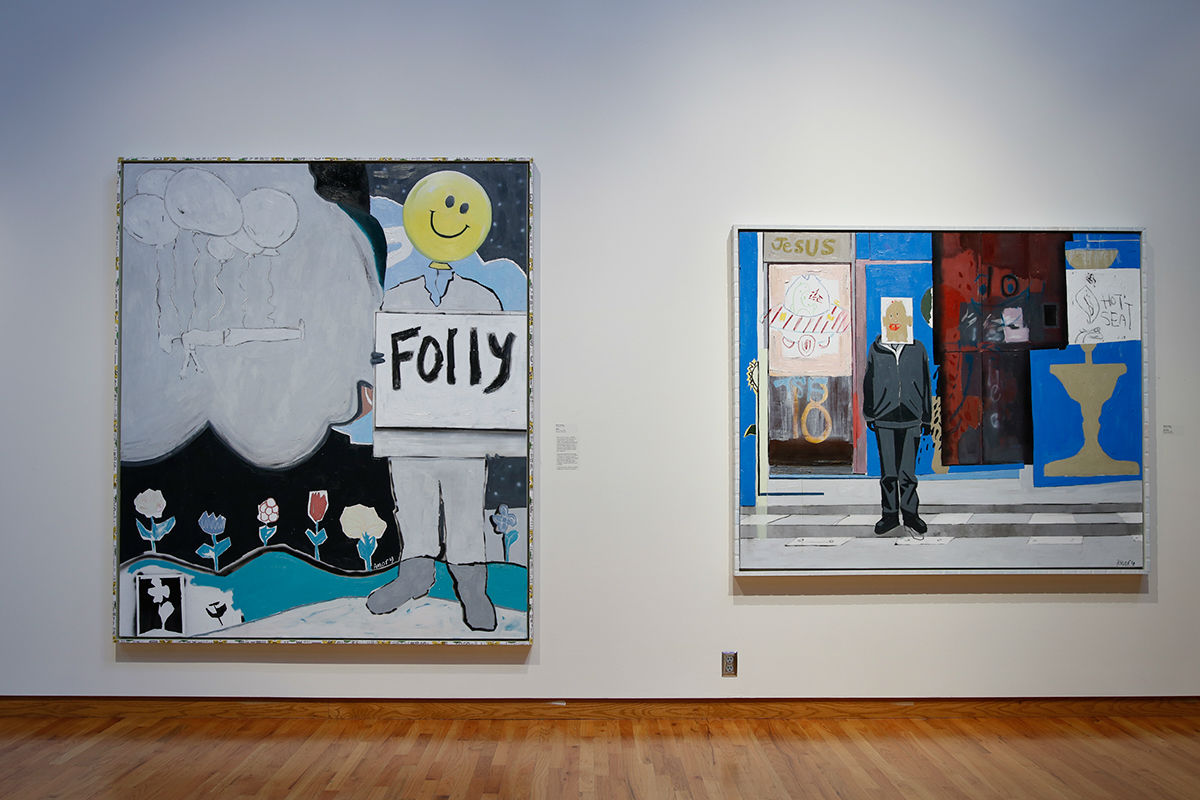 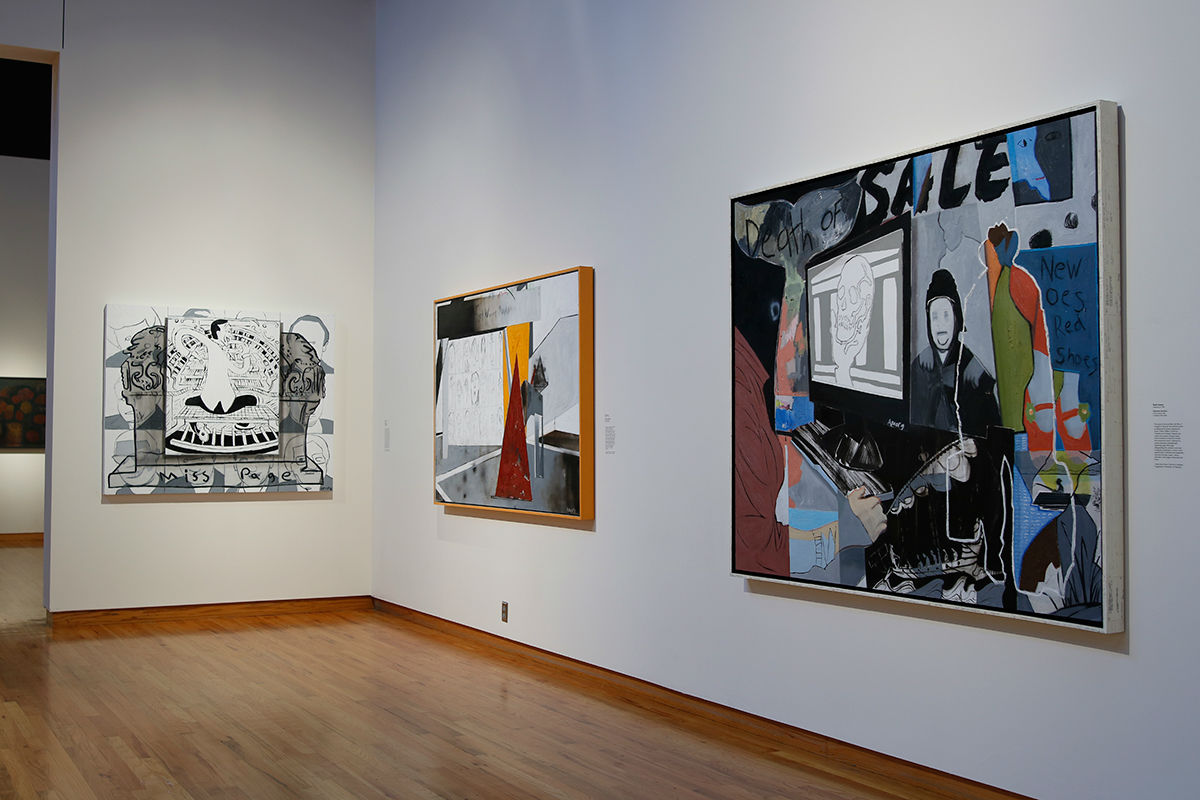 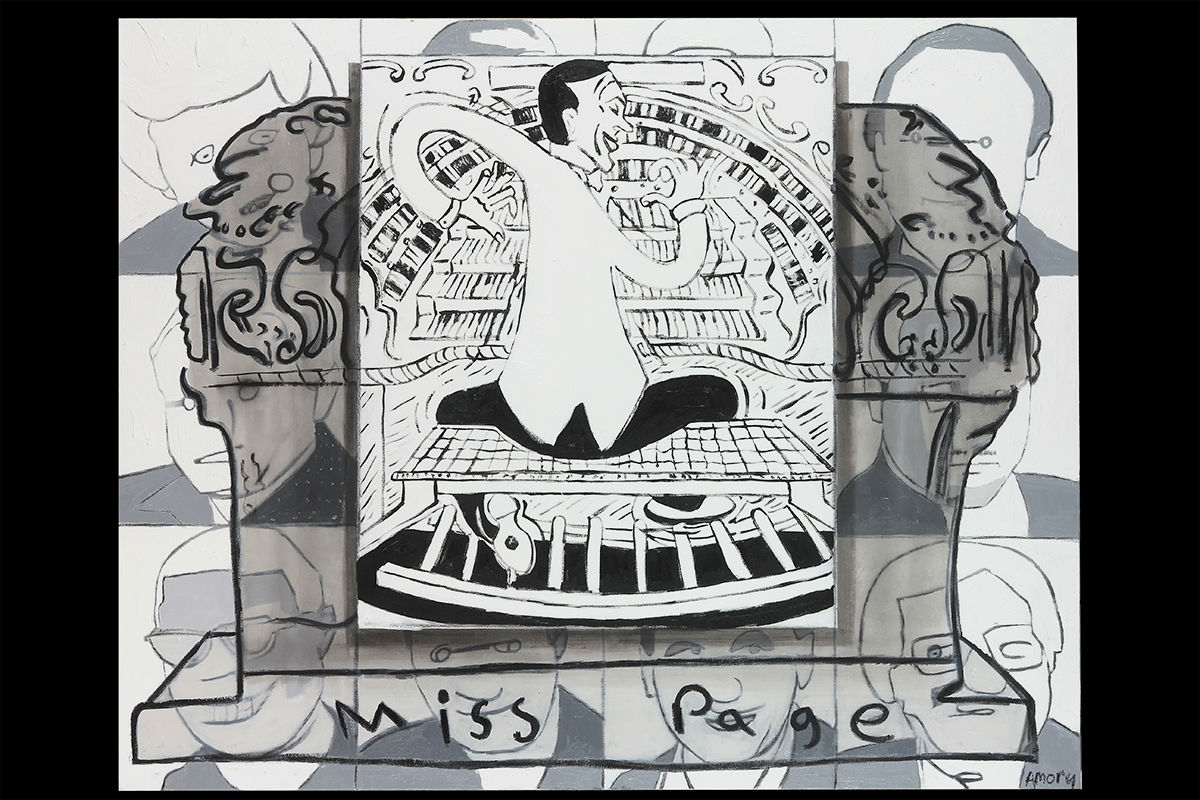 In the Gallery with Brett Amory

Brett Amory | This Land Is Not For Sale: Forgotten, Past and Foreseeable Futures Brett Amory continues…