Josh Agle, also known as Shag (a contraction of the last two letters of his first name and the first two letters of his last) was born in 1962. He is a painter, illustrator and designer, currently based in Los Angeles. Agle has had numerous gallery exhibitions in the United States, Europe, Japan and Australia. His work has been featured in museums such as the Laguna Art Museum in California, The Andy Warhol Museum in Pennsylvania and the Naples Museum of Contemporary Art in Italy. Agle’s exhibitions have been reviewed by The New York Times’ critics Ken Johnson and Roberta Smith. His artwork has been published in several books, been the subject of a documentary film, as well as a musical. 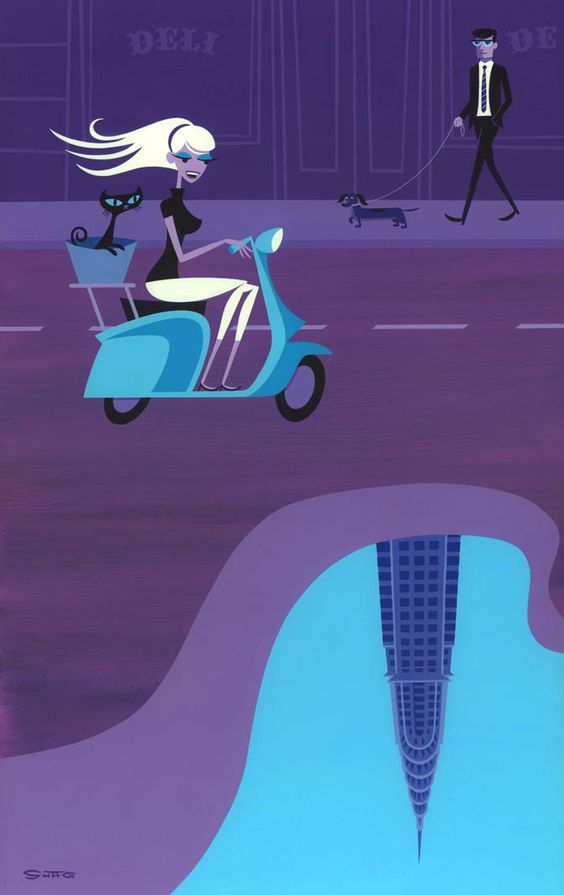 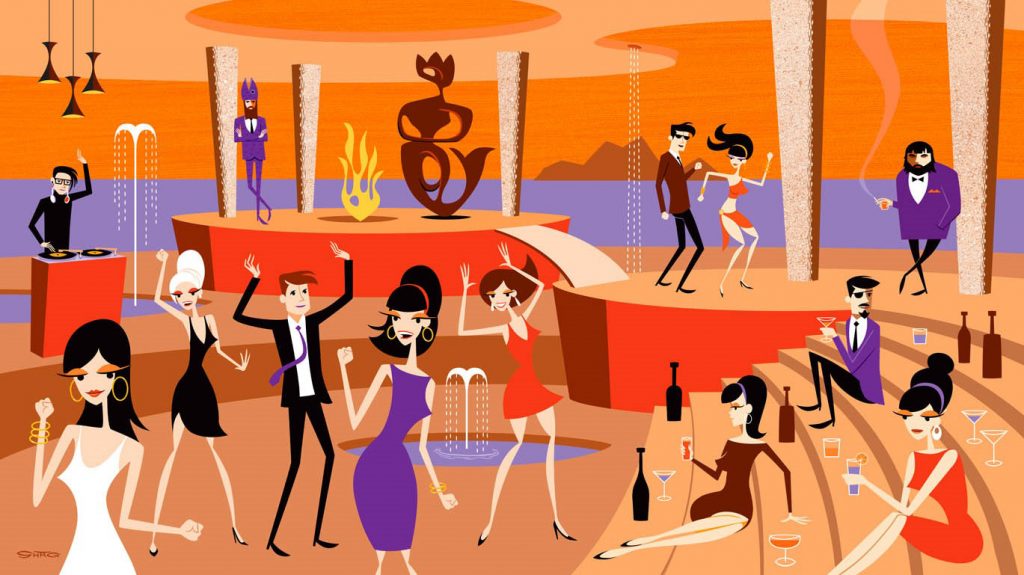 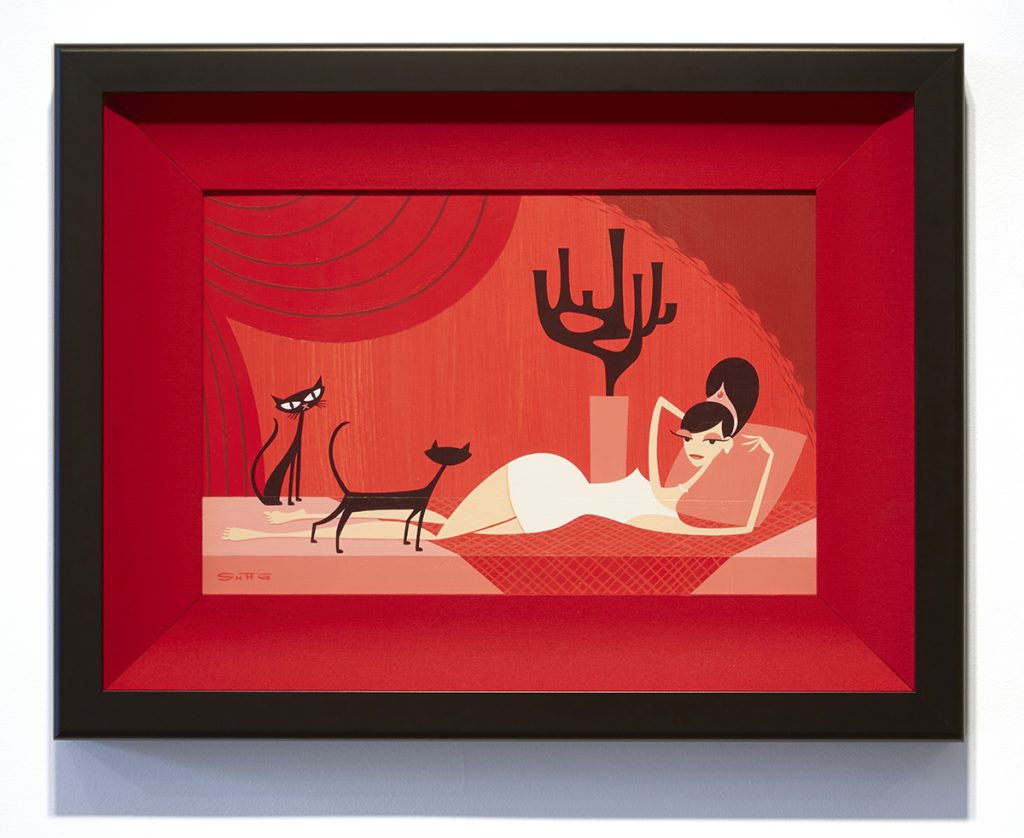 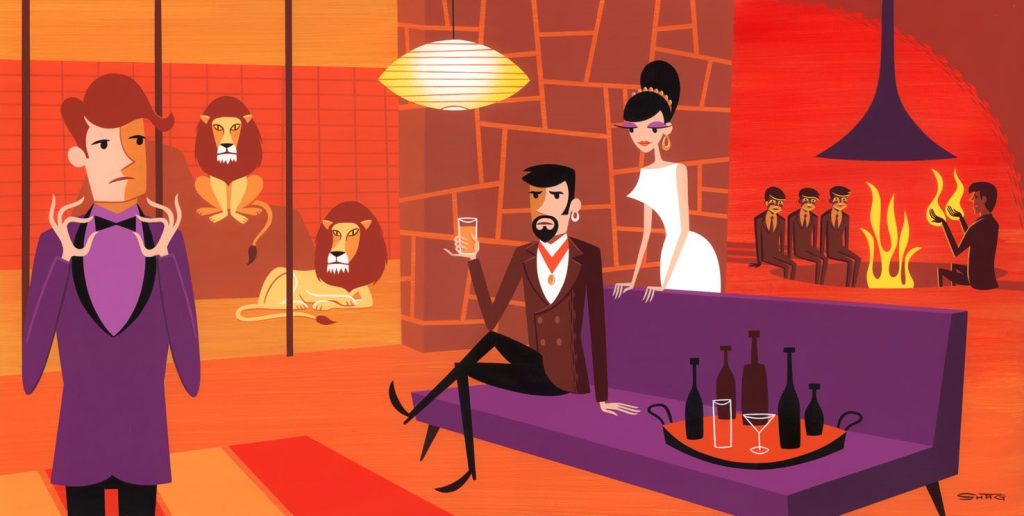 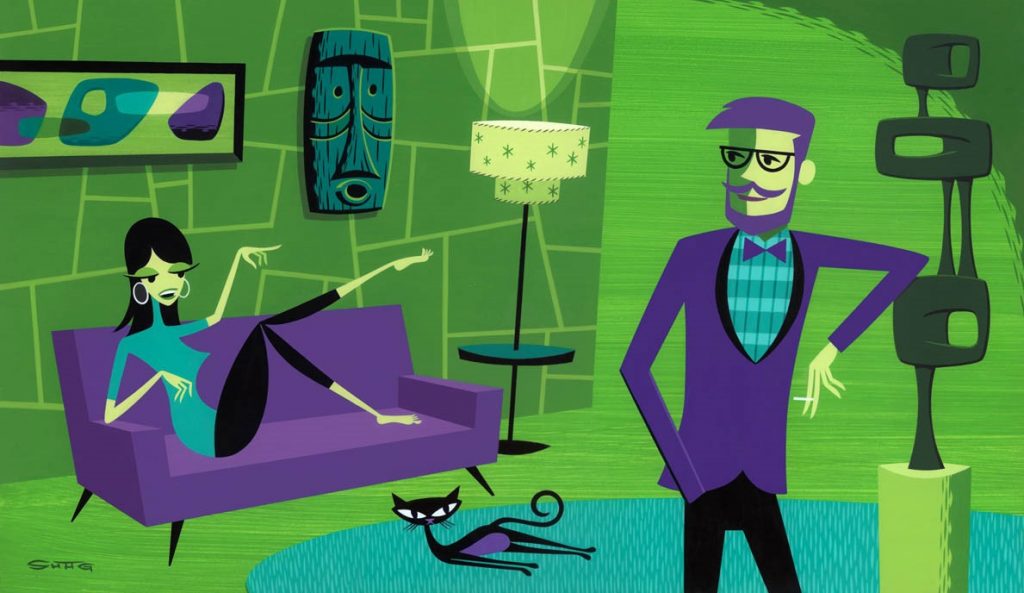 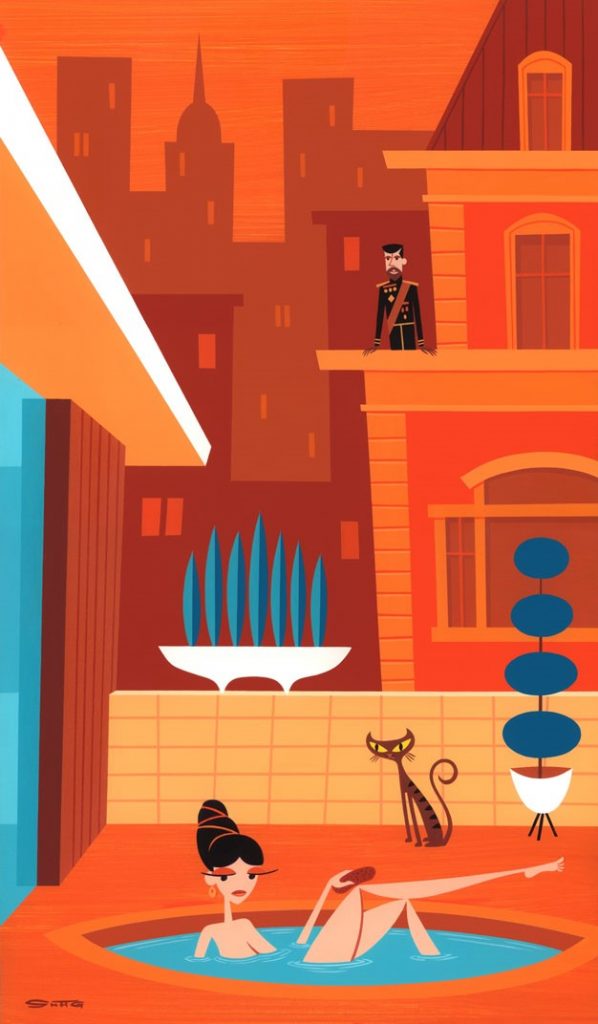