Augustine Kofie was born in 1973 in Los Angeles, California, where he is currently based. Inspired by the basic building blocks of the geometric world, Kofie has formed a retro-futuristic aesthetic, which transplants shapes and angles into a soulful, organic, yet highly mathematical form of abstraction. Merging his traditional graffiti education with his deep love of illustration and architectural renderings, Kofie plays with form, line, balance and depth, twisting and manipulating his compositions into new and dramatic arrangements. His street art is internationally recognized and he has exhibited his works in galleries across the United States, as well as in France, Mexico, Morocco and Tokyo. 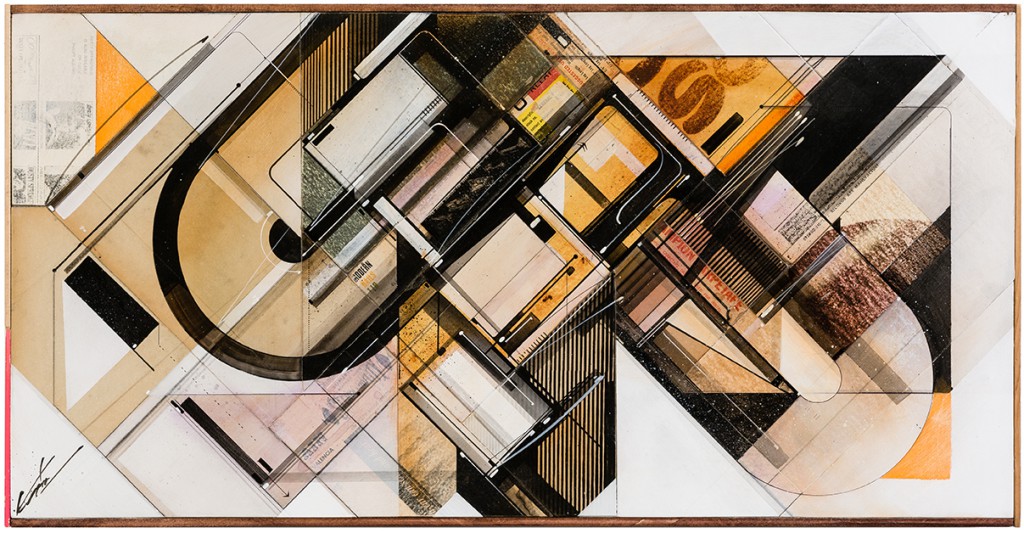 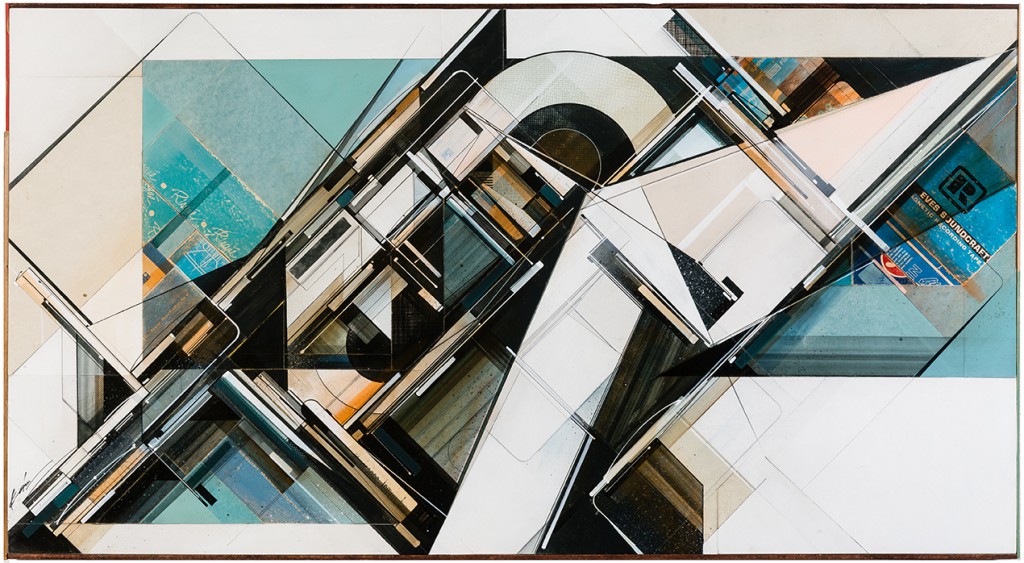 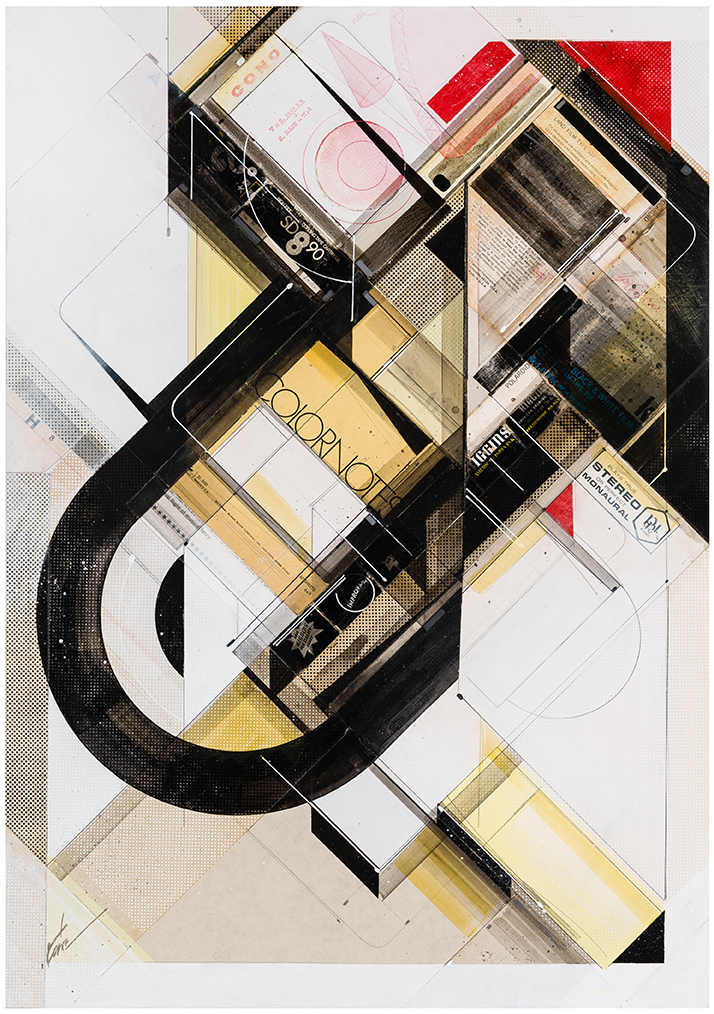 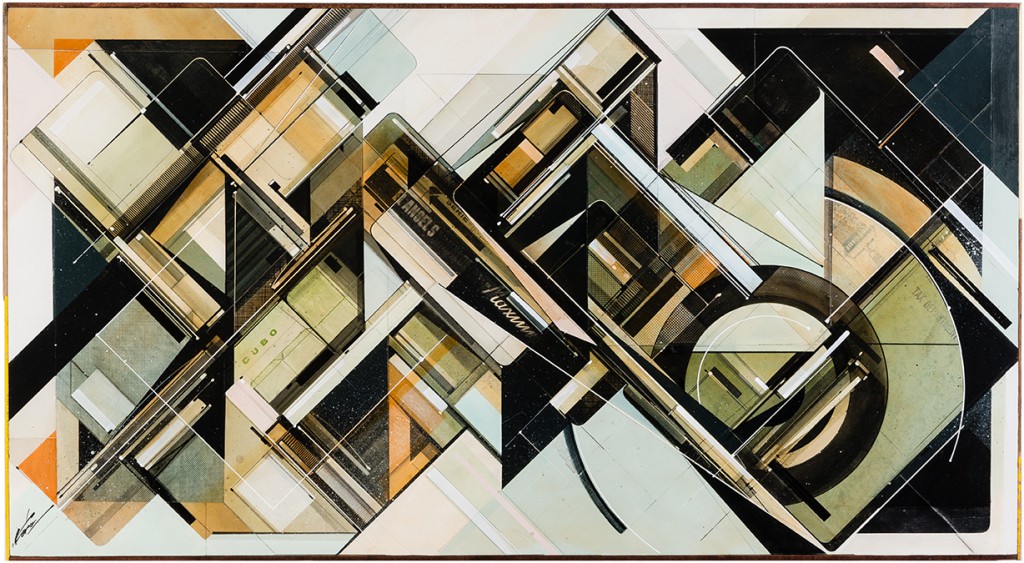 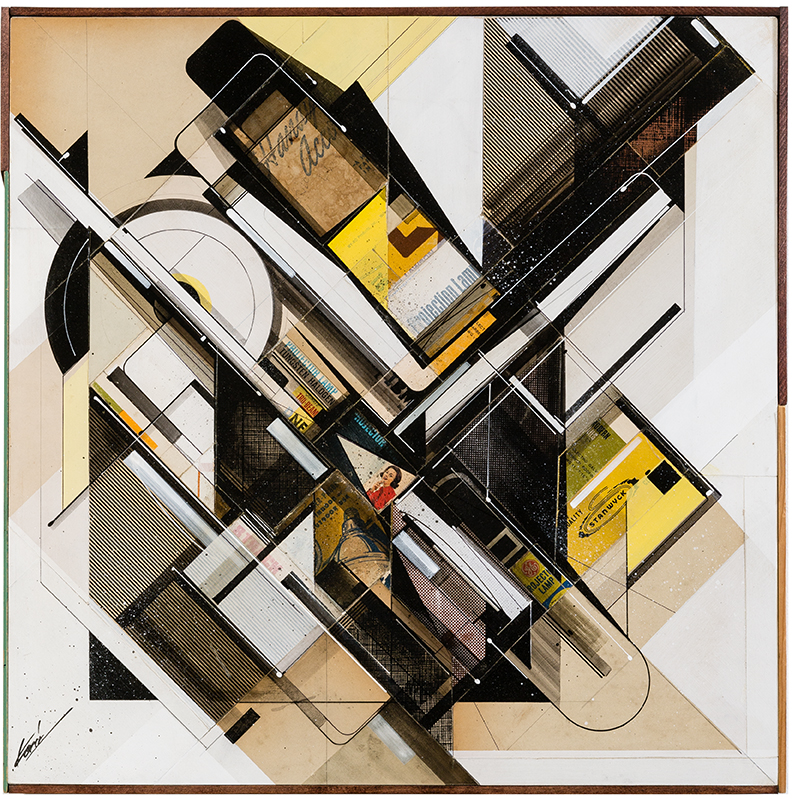 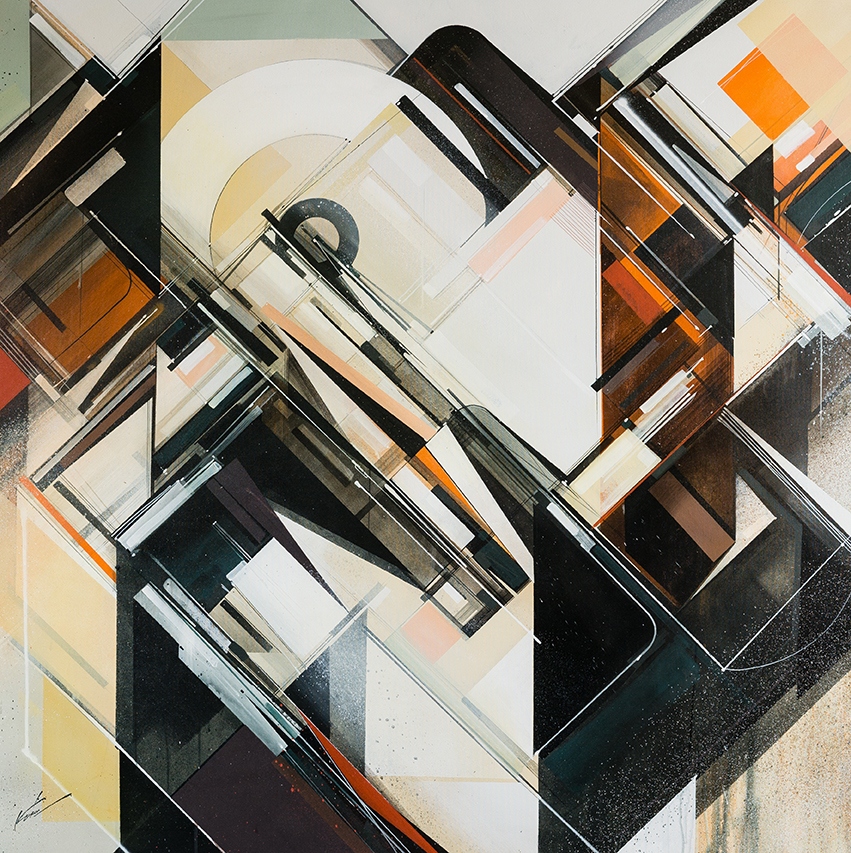 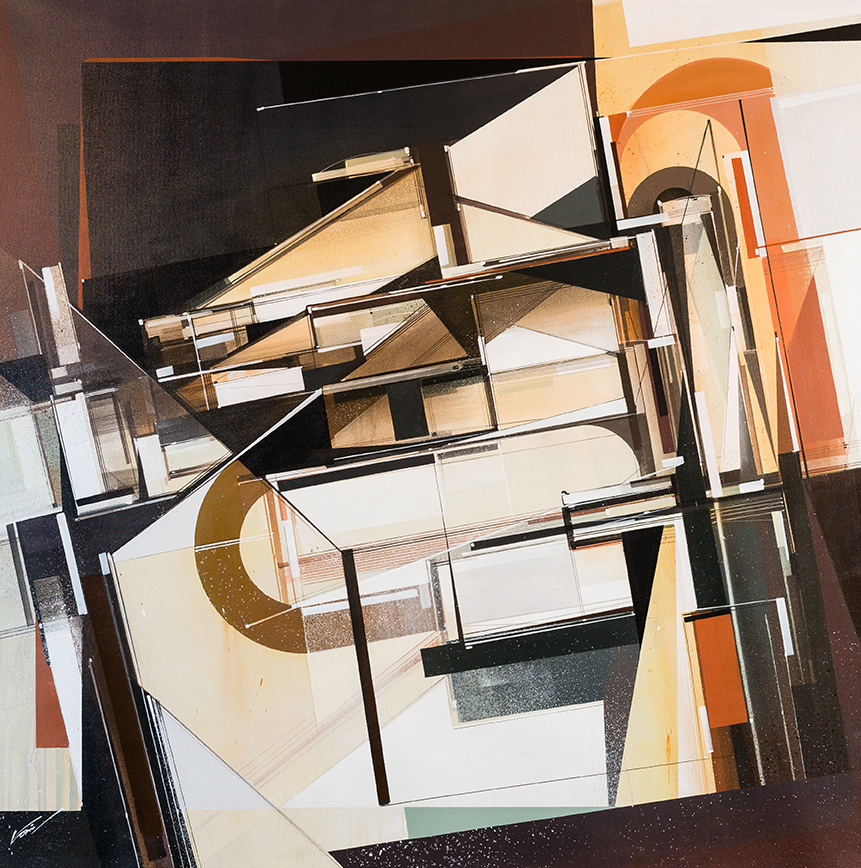