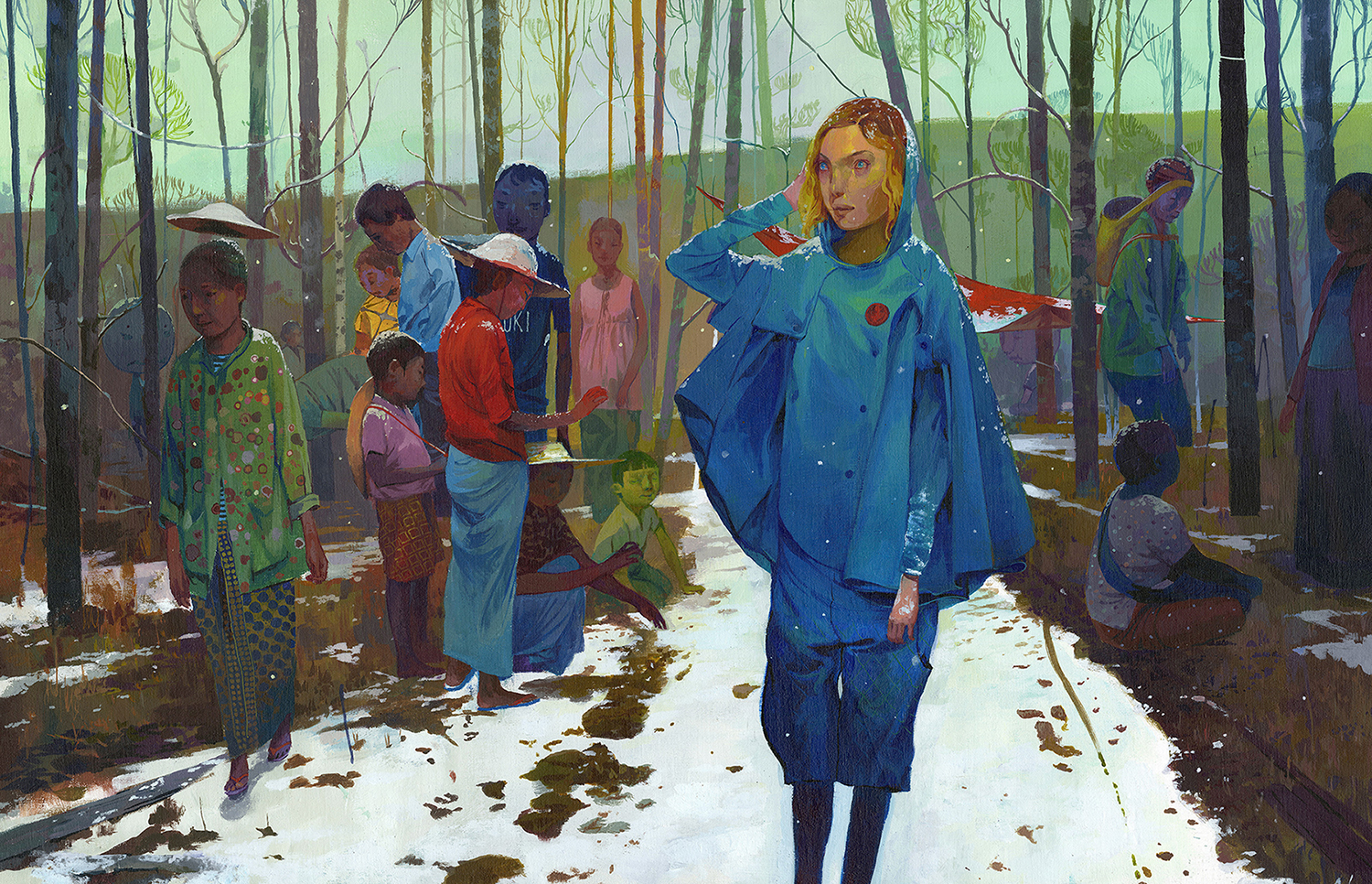 Andrew Hem is an artist with one hell of a history. The Khmer Rouge, led by notorious leaders like Pol Pot, ruled Cambodia in the 1970s and orchestrated a genocide that killed off a quarter of the country. The Oscar-winning film The Killing Fields famously depicted these atrocities in 1984. Against this backdrop, Hem’s parents fled Cambodia, giving birth to Andrew along the way. The Cambodian-born artist came to reside in California where he eventually delved into graffiti and fine art.

Hem recently debuted his latest solo exhibition, Mountain Full (on view through June 11), at the Jonathan LeVine Gallery in New York City. Inspired by a dream world free from superficial judgments, Hem captured artistic snapshots depicting colorful characters set against dramatic backdrops and landscapes. PRØHBTD spoke with Hem to learn more about his family, his artwork and returning to Cambodia for the first time as an adult.

Tell me about the world you create through art and how it differs from reality.

I am such a kid when creating paintings. I love ninjas, anime and superheroes movies so it’s going to be obvious that I include those things from time to time. The world in which I live looks like a 19th-century still life. I would paint it, but I feel like it’s already been done, and it could become boring. 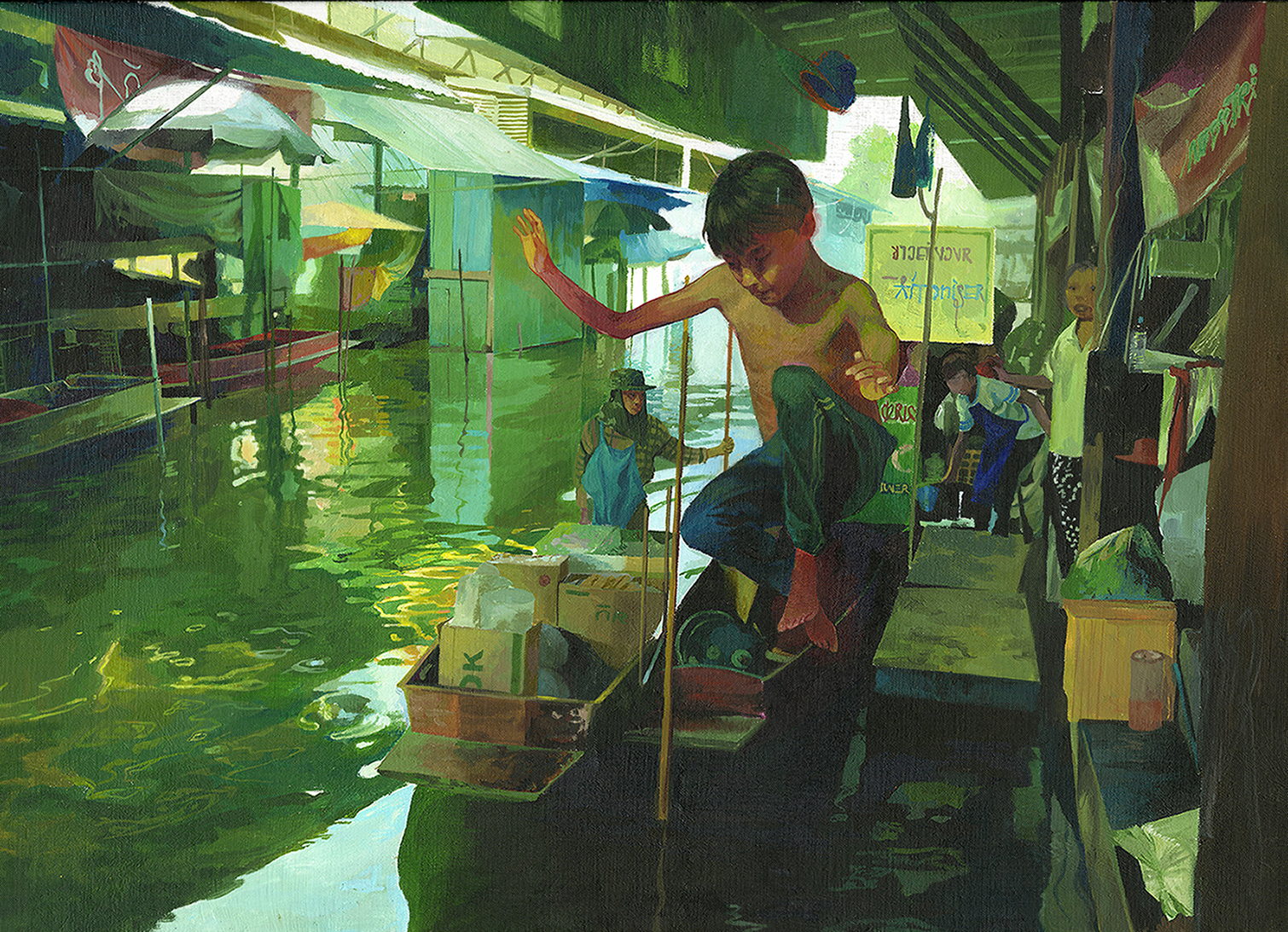 Mountain Full has been described as snapshots of a dream. When you created these pieces, do you first imagine the full narrative of the dream, and if so, what guided you to the specific snapshot you wanted to capture?
I travel to most places that I paint. After visiting certain places, the moment and location sticks in my head when I’m day dreaming. The ideas come when I least expect it, often times when I drive or eat. It’s like an image that stays with you and will only disappear when you paint it.

Your father was an art teacher in Thailand. What were some of the foundational lessons he taught you about art at an early age?

My dad painted constantly. I would come home from school, and my school books were filled with drawings. He would get me in trouble for drawing on library books! When I was younger, I got so mad at him for doing that. Now I realize he couldn’t help it because I’m the same way now. That’s one thing I learned from him at an early age: Draw on anything when you feel the urge to.

After your family escaped Cambodia, you did not return until you were an adult. As you reconnected with the culture in Cambodia, what stood out to you?

How beautiful the country was. My favorite place was visiting my dad’s village. It is a small town where everyone just farmed. I would get lost, and old ladies would come up to me and ask if I remembered them. A few even said we went to school together. That’s when I realized they thought I was my dad! It was an amazing experience to visit where my parents grew up. 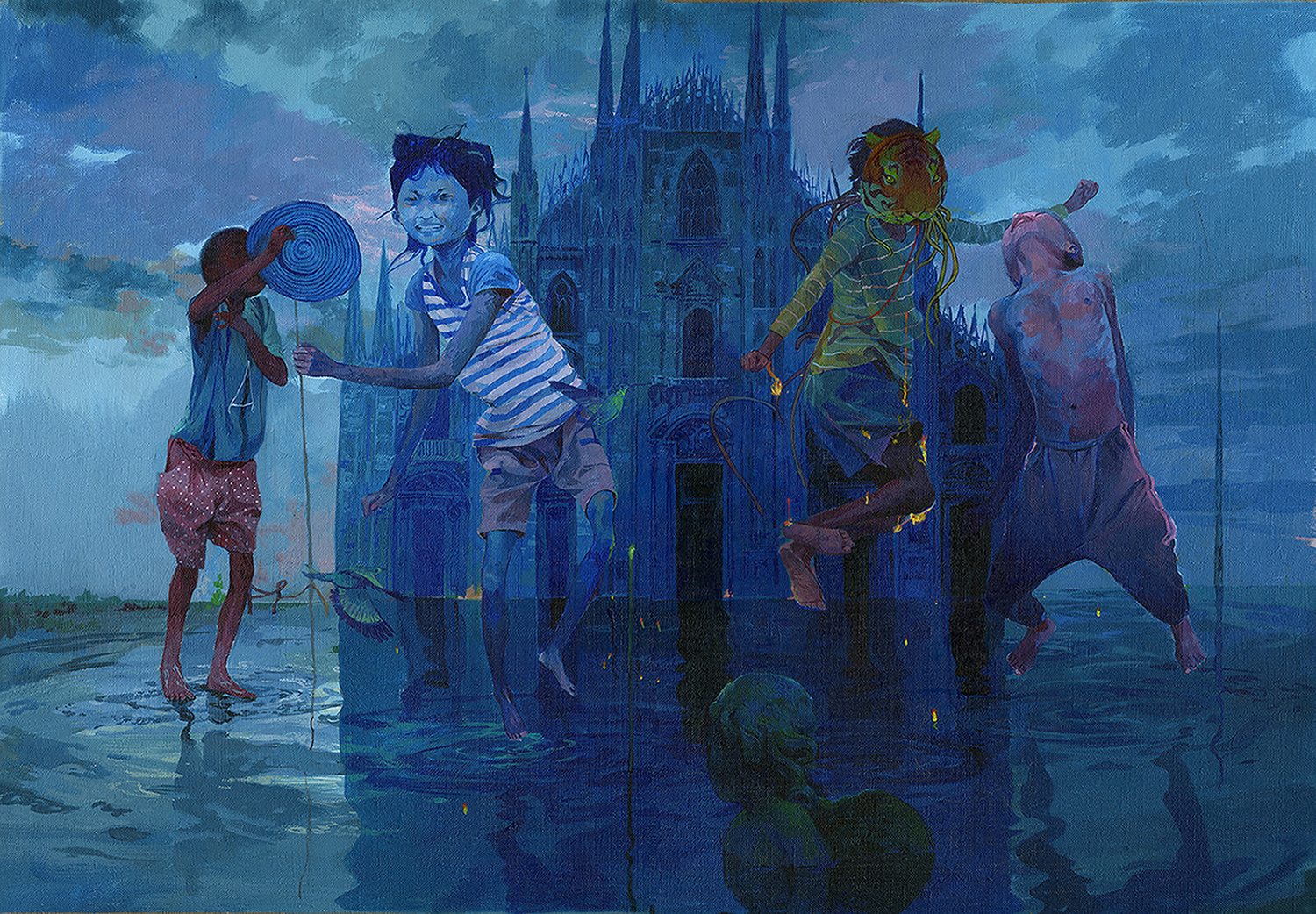 What did you think about the art in Cambodia, both in terms of new artists and ancient marvels such as Angkor Wat?

Everybody in Cambodia paints the same way. It’s the same way in most counties. All the paintings of Angkor Wat look like they were done by the same person. The last time I visited Cambodia, I took my watercolor set and started to paint outside. I would hear people say, “What kind of tree is that?” I learned how to paint landscapes looking at Edgar Payne. It was a totally different style from what they are used to. I like the style, I just wish a few more would rebel and go in a different direction.

Tell me about the role graffiti had in developing your current style and connecting with an artistic social circle?

Graffiti helped me early on by helping me develop my work ethic. When I did graffiti, I went out every weekend trying to get the most out of my weekends. Now that I am a full-time painter, I carry on the same mentality. It’s all about being productive.

You spent four days in county jail for putting up graffiti art on an abandoned building in San Francisco. What are the negative, long-term effects that can happen when cities criminalize graffiti and charge artists with felonies?

I am not really sure about the negatives, but I do know about the positives. Being in jail for the short amount of time was a huge wake up call for me. I wouldn’t be where I’m at if I hadn’t gotten arrested. And the same thing goes for most of my friends. None of my friends spent time and came out thinking about places to paint.